Guess Who attempts a lighter approach to Stanley Kramer’s groundbreaking 1967 film Guess Who’s Coming to Dinner.
But the film’s reliance on slapstick and sexual innuendo to appeal to a younger audience keeps it simply lightweight.

The movie’s redeeming moments come from Bernie Mac, who – in this twist on the original – is the black father who learns his daughter has a white fiancé.

The young lovers, Simon Green (Ashton Kutcher) and Theresa Jones (Zoe Saldana), have decided to announce their engagement at Theresa’s parents’ 25th anniversary party, during which her mother, Marilyn (Judith Scott), and father, Percy (Mac), will renew their vows.

The announcement is particularly surprising because Theresa, who is black, has neglected to tell her parents that Simon is white. Dad is none too pleased about this development, although Mom and Theresa’s sister Keisha (Kellee Stewart) are just fine with it. Simon, meanwhile, has his own secret, having not yet told Theresa that he quit his job.

After a tumultuous beginning, Percy begins to warm up to Simon as love finds a way to overcome seemingly insurmountable obstacles.

Mac is much more suited to this material than he was to last year’s misguided bomb Mr. 3000, which didn’t even gross the $30 million it reportedly cost to make.

In Guess Who, the actor is in his element, and his trademark blustery bullying and side-of-the-mouth wisecracking get him through many a scene. Like many comics who turn being less than likable into an art form, Mac hides a near-invisible wink just beneath his bellow.
Kutcher might not be a comic genius, but he manages to just hold his own in his scenes with Mac, which comprise a large chunk of the movie. Both are physical comics with wildly different styles.

But even when the costars are trying to divert our attention, we never forget that this is paint-by-numbers filmmaking. Theresa, who should be a major part of the plot, becomes barely more than a reason to bring Simon and Percy together. Her main purpose is to yell at the two men in her life for not being more reasonable. The original Guess Who’s Coming to Dinner was a landmark film with a then-timely message of tolerance. This time, the biggest message seems to be: Don’t quit your job before you meet your fiancé’s parents.

Nominated for three Oscars (Best Screenplay, Best Director and Best Actress), Vera Drake is yet another painfully honest offering from Great Britain’s supremely talented and undeniably gutsy Mike Leigh. Imelda Staunton plays Drake, the respected matriarch of a working-class family in 1950s England. When she’s not looking after her family, she’s visiting a sick neighbor or caring for her elderly mother. But she secretly also helps induce miscarriages for women with unwanted pregnancies. When the authorities find out, Vera’s personal life unravels. 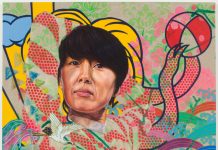