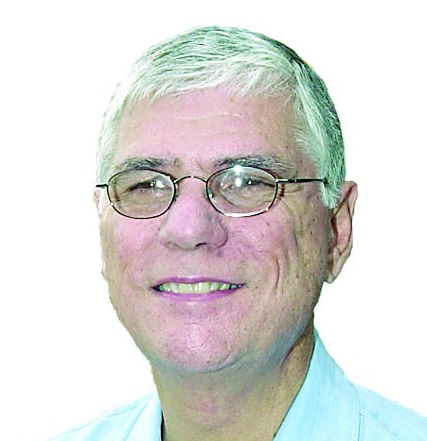 It was near the end of her life that I found out that Mom was a Democrat. Both sides of my family were staunch Republicans. My father collected Nixon memorabilia. His father was a Republican committeeman. The entire family were such staunch Republicans that they even refused to jump ship to support Jack Kennedy for president in 1960. My father’s only defection from the Republican Party came when Frank Rizzo switched parties and ran as a Democrat for mayor. So, I naturally assumed Mom was also a Republican. I found out that I was wrong.

The circumstances under which I found out Mom’s true political persuasion came while she was in a nursing home. It was an early summer evening. We liked to sit with Mom on the rooftop patio overlooking Center City. One of the residents was watering the plants. The stillness was interrupted only by a helicopter landing on the roof of a nearby hospital.

The conversation turned toward politics. The terror attack on 9/11 had not yet changed our world. George W. Bush was president. It was clear Mom didn’t like W.

The nursing home held a current events session once a week. Many of the residents were beyond where they cared or understood current events. The current events hour did not stimulate most of them. They sat slumped in their chairs half-asleep while the instructor droned on, reading a few headline stories. Current events brought out Mom’s feistiness. She tended to take over the current events sessions. It wasn’t as if Mom was subtle. This one day, the instructor was in the midst of reading a news headline that seemed to imply something positive about a George W. Bush accomplishment. That’s when Mom yelled out, “BS.” Only she didn’t use the abbreviation. The session disintegrated into chaos.

As Mom regaled us with the story — quite proud of herself, I might say — I asked her if she a registered Republican. She turned and stared daggers at me. And that’s when I found out that she was a Democrat. She angrily recounted her first experience in the voting booth. As was a custom back then, spouses were allowed in the voting booths together. Dad was explaining the logistics of voting when, before Mom could stop him, he pulled the lever. Mom was obviously still angry about his usurping her right to vote. “He never tried that again,” she said.

Mom had a fire in her belly for politics until the day she died. She read the daily newspaper from cover to cover. And chastised Dad for being a headline reader. She had strong opinions and was not shy about voicing them. Like Trump, she liked to give her political targets humiliating nicknames. Mayor Wilson Goode was always “Goody.” The one word issued from her lips with a sneer. She was a born political street fighter in an era when a woman was supposed to leave the room when the men folks were discussing the political news of the day.

On the other hand, despite Dad’s partisan political persuasions, he always saw something positive in the other candidate. It was important to Dad that the candidates actually like one another. No matter how bitter the race, Dad saw the healing process begin before the rest of us. He was always ready to put aside his partisanship after the election was over and convince himself that best man had won.

As I write these lines, I realize that my father never truly disliked anyone. Tough cop that he was. Observer of the worst aspects of humanity on the mean streets of Philadelphia. He was a softee. Despite his politics, Dad was what some on the right scornfully label a “bleeding heart.” I am embarrassed that it took me until this very minute to realize the depth of his compassion.

It wasn’t that Mom wasn’t compassionate. If anyone in the neighborhood needed help, Mom was there for them. But first you had to pierce Mom’s top layer of cynicism. She thought Dad naive and thus vulnerable. She loved his sweet innocence. Never complained when, despite their limited finances, she’d find him writing generous checks to charities. Dad loved to contribute to the support of Native Americans and Boys Town (once he saw the Spencer Tracy movie, he was a goner). Mom was more into focusing her charity in the local community. But when it came to Dad, she always saw herself as protecting him from a cruel and unforgiving world.

Politics was an interest they shared. Sometimes, I felt Mom automatically took the opposing view. She enjoyed the verbal jousting. She knew she was better than Dad at it. But at this moment, I’m gaining more clarity on just who they were. If you wanted to know their heart, it was visible through the prism in which they saw the political world.

For Dad, politics was like a boxing match. The best man won. Then you threw your arms around one another and walked off into the night still friends. For Mom, politics was about the struggle against the foolishness of a world that routinely slaughtered the innocent.

Mom and Dad were united in their faith in America. If they were alive today, what would they think of Trump’s America?

Letter to the Editor: Trip down memory lane

Cardella: A Day In The Life