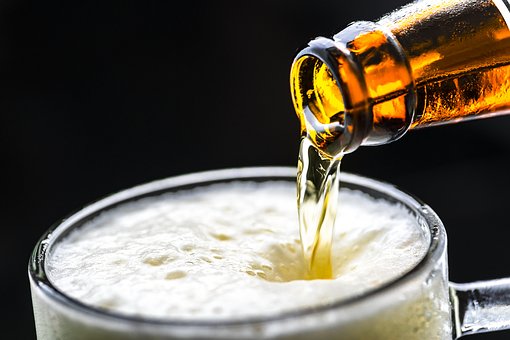 Hawthorne’s Annual IPA, Champagne and Rosé Block Party is back for its 10th year on Saturday, May 11, for the ultimate drinker’s extravaganza. The event, which started out as just an IPA festival, has brought together IPA fans with champagne and rosé drinkers alike.

“We really do see people really kind of transition out of their comfort zone. People who go for champagne and rose will try a brute IPA or a white IPA,” said Chris Fetfatzes, owner of Hawthorne’s. “This can be complementary to my beer drinking. We really do win a lot of people over with this event.”

Fetfatzes said he made the change to incorporate more than just IPAs a few years ago because he saw a “shift” to drinks like wine among customers.

“We really expose people to things that they otherwise wouldn’t have,” he said.

“We littered the street with about a dozen food trucks and we really curate who we want to be there,” Fetfatzes said.

Live bands will also perform at the event, including the Trinidelphia (Philadelphia’s premier Caribbean steel drum band) and The Paper Shakers (Philadelphia-based rock and roll trio playing iconic favorites plus their own originals).

Fetfatzes said the bands won’t play on a stage, but rather on the street, characteristic of “an old-school Philadelphia block party.”

But the event won’t be just for those over age 21, Fetfatzes warned. There’ll be a kids zone, too, which will be perfect for young families who want to make it a day in South Philly. Activities in the kids zone will include a giant inflatable slide, sidewalk chalk fun and bubbles. At 5 p.m., the kids zone will feature adult-themed face paint (a new twist for this year).

The event is free and will be held rain or shine. All drinks and food are pay-as-you-go and will be cash only. Guests will be required to show valid I.D. upon entry at 11th and Fitzwater and receive a wristband. The beer sales are handled exclusively at the entrance, where the guest will purchase any number of drink tickets for $5 per ticket with no minimum or limit. Each ticket is redeemable at any beer station to receive the beverage of attendee’s choice.

“They love the vibe,” Fetfatzes said when asked why people enjoy the festival every year. “They love that it’s not a production. It’s organized and efficient – we have at least 25 different bartenders, so waiting in line is a breeze. People love that it’s noncommittal. They can come, they can go. They feel like they’re at a neighborhood block party. Something that doesn’t have a giant machine by it. We really hammer home the street vibe of it.”