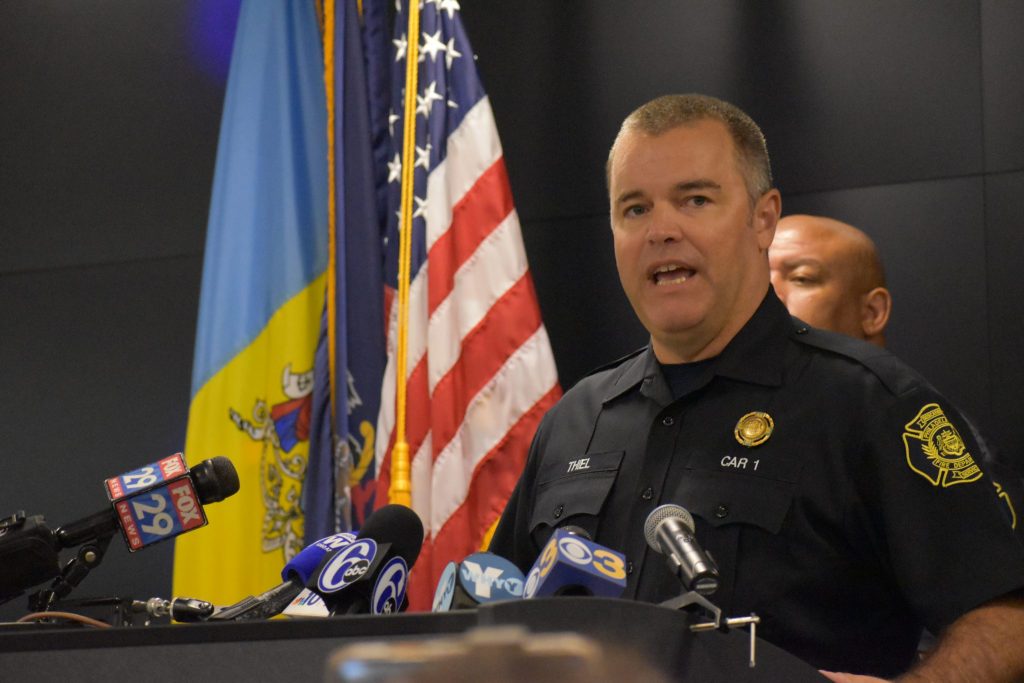 Philadelphia’s fire commissioner and director of the Office of Emergency Management, Adam Thiel, announced Tuesday morning that the OEM declared the PES Refinery fire “under control” for the first time since the incident happened on June 21.

“That doesn’t mean the incident is over,” Thiel said at the meeting. “We are continuing to work closely with PES and their contractors and all the federal agencies that are involved.”

Thiel said that as a result of the “under control” designation, emergency personnel are no longer required to be present at the site 24/7 like they’ve been ever since the fire.

“I really want to thank all of our partners and all those federal agencies,” he said. “They have literally been working around the clock for three months putting themselves between our community and danger.”

Thiel said that everything emergency personnel needed from the site “has been recovered and sent away for testing.”

For months, according to Thiel, air monitoring systems have shown zero quantities of hydrogen fluoride or any other hazardous materials being released from the site.

“We just wanted to ensure that we have those redundancies,” he said. “But the readings have been zero for hazardous materials for a long time.”

There are, however, trace amounts of hydrogen fluoride onsite.

“Finally getting all the product from the damaged unit, cleaning it, et cetera [is] going to take at least another month according to the current projection,” said Thiel.

According to federal law, Thiel said, the OEM must bill responsible parties, in this case PES, for hazardous material releases. Thiel said he doesn’t yet have a figure on how much PES will be billed. “But it will be substantial,” he said.