Mayor Jim Kenney and other city officials gathered at Weccacoe Playground in Queen Village last week to unveil a new state historical marker at the site of the former Bethel Burying Ground, a place where the bodies of nearly 5,000 African-Americans were buried during the 18th and 19th centuries.

“We are here today because the Bethel Burying Ground was among the first independent cemeteries for the free black community in the nation,” said Kelly Lee, Chief Cultural Officer for the City of Philadelphia. “The state marker is a huge milestone and the recognition of the importance of this site. We are so appreciative of the Pennsylvania Historical and Museum Commission for the approval of this marker, and without their support and guidance we would not be here today.”

In about a year from now, the city hopes to break ground on a memorial for those who have been laid to reset under what is now the southwest corner of Weccacoe Playground, according to Lee.

“It is important that we continue to elevate the level of information and education and we change the narrative around how we talk about this history,” said Ophelia Chambliss, member of the Pennsylvania Historical and Museum Commission. “This marker and many like it are what’s going to become part of the history books – the things that we use to educate our children going forward.”

The plot of land was initially purchased by Mother Bethel A.M.E. Church, which still exists at the corner of 6th and Addison streets, in 1810. The land was eventually established as Weccacoe Playground in the early 20th century after it was sold to the city about 130 years ago, according to current Mother Bethel Pastor, Mark Kelly Tyler. When Tyler spoke at the podium, he urged Philadelphians not to simply honor those who were buried with a historical marker, but work to change the economics that contribute to the wealth gap between blacks and whites.

“If we come here today and all we do is lift up a sign and reveal where folks lay without dealing with the issues that put them here and continue to plague them today, we do nothing more than honor them with our lips and lip service,” he said. “If we truly want to honor them, let’s fight to end the wealth gap [between blacks and whites] that caused them to be left in the first place.”

Tyler said that the city can do this by fighting for a living wage, standing with hotel workers, who are mostly black women, who have to be on public assistance despite working 10 to 12 hours a day, and for “full public funding for education so that there’s no difference between Nebinger on one side and Meredith on the other side.”

“If we want to honor them, let’s do more than put up a blue sign,” he said. “Let’s live out the legacy to fight for the freedom and justice they lived and died for.”

Kenney was particularly enthusiastic about the marker. Unlike most similar events, he did not read from script.

Kenney spoke of the Tuskegee Airmen and other famous black historical figures who didn’t gain notoriety until “40, 50, 60 years after they did what they did,” and expressed a desire to change that in the city.

“We can’t just build over things,” he said. “We need to make sure that everyone’s story in this city and country is told. Period.” 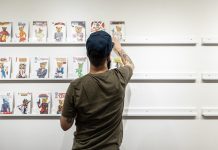