From cover letters to short stories, folks seeking revisions to their writing are receiving free Ivy League-level expertise at libraries across South Philadelphia.

The weekly editing workshops were sparked last year through a partnership between the University of Pennsylvania and the Free Library of Philadelphia.

Though the program strives to sharpen undergraduate students’ discipline-based skills, local Penn faculty are taking the curriculum off-campus and into their communities.

“One of the things that I think all of us have learned through teaching writing and being people that write a lot is that it opens up all sorts of doors and opportunities for people, because there is so much that we’re dealing with in communication that is written,” said South Philly resident Dana Walker,  a lecturer with the Critical Writing Program. “We felt like this was something we could do that we have knowledge about, and it’s something that we think, based on our own experiences, that isn’t always easy for everybody.”

The Critical Writing Program was established in the early 2000s after becoming independent from the university’s English department.

The program particularly works to transform freshmen into well-rounded writers, teaching students how to write for various classes – and ultimately different disciplines –  as they enter collegiate-level education.

“English writing is a particular kind of writing. Analyzing poetry and literature is a specific kind of academic writing,” said South Philly resident Carolyn Trench, also a lecturer with the Critical Writing Program. “Tasking the English department with teaching writing means the students aren’t always prepared to write in other disciplines.”

In an effort to engage with community service, members of the Critical Writing Program thought the public could benefit from these kinds of practices.

This comprehensive approach to writing instruction was an appropriate system to integrate into the community, as similar to college courses, individuals are not stopping by the libraries with the same type of prose.

“People just wanted to share their expertise further,” Trench said. “The libraries were thought to be a good venue for that and I think all of us just wanted a chance to get out into the community a bit more to be situated in the city…Getting to experience different kinds of writing was also an interest. We felt that there might be a need for it which there turned out to be.”

For that reason, three South Philadelphia libraries were selected to house the drop-in workshops, as these are the local branches of a few Critical Writing Program instructors.

“I think we made a conscious effort,” said South Philly resident Patrick Wehner, a lecturer with the Critical Writing Program. “We’ve been wanting to work within our neighborhoods and within our communities…We wanted to be working with our neighbors.”

Whether receiving resumes or novels, the staff has encountered a myriad of editing requests during the weekly events.

The variety of writing echoes the objective of the Critical Writing Program.

“I just wanted to get another set of eyes to look at what I’ve already done and maybe get some advice about how to improve,” said West Philly’s Valerie Albano, a current job seeker who brought a cover letter and resume to the Fumo Family Library session last Wednesday evening.

Sassa, who continues to learn English as a third language, is currently working on a novel and three children’s books.

He says while his fiction pieces are inspired by real-life experiences, the Critical Writing Program staff has significantly helped to cultivate the narrative of his stories.

“You still need someone to guide you,” Sassa said. “That’s the only way you can improve.”

All three Penn faculty members say they expected to edit certain documents, such as cover letters and resumes. However, they were pleasantly surprised to see the community’s creative flairs, as many attendees, like Sassa, bring short stories, novels and poems for editing.

This has been one of the most rewarding aspects of the library partnership, especially considering the University of Pennsylvania’s greater effort to make writing guidance accessible to the community.

“I think writing is a social act and it’s a fundamental part of who we are to be able to communicate with each other and writing is a big part of that,” Trench said. “I think the biggest surprise to me was the number of people who were writing things that didn’t have a direct purpose…I had always encountered writing in basically an academic context and to think of people just wanting to write was very humbling, actually. I’m really honored to be part of that community.”

South Philadelphia Library (Broad & Morris): every other Thursday from 3 to 5 p.m. 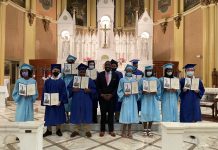 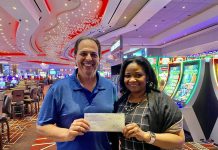 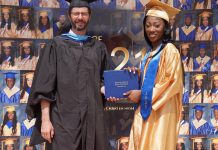