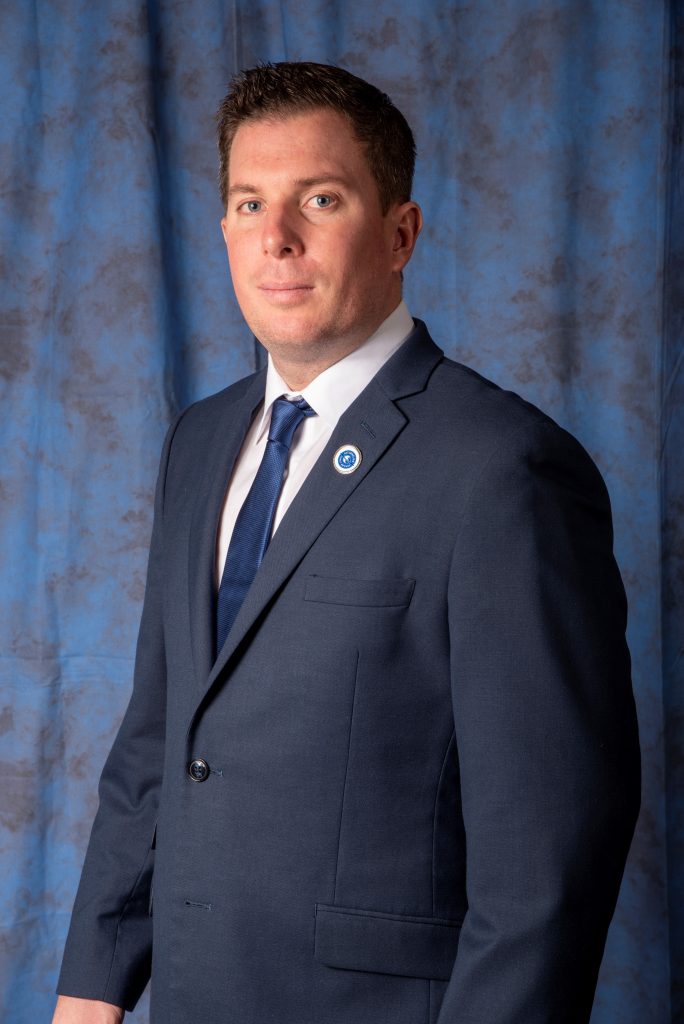 Tom Dougherty says it’s been a hectic but rewarding year.

It started off with a bunch of home renovations and last month he welcomed his first child into the world. Somewhere in between, the 31-year-old electrician received quite the honor of being named the new captain of the Saturnalian Fancy Brigade – a promotion he’s been a bit too busy to truly appreciate just yet.

“Honestly, I haven’t really had the chance to enjoy it yet,” Dougherty said as his group makes its last-minute adjustments prior to the New Year’s Day Mummers Parade. “I’ve been running out to a bunch of meetings and I’ve been busy with my newborn son. But I’ve never been so excited for a parade.”

Dougherty is a third-generation Saturnalian who first marched in the parade at the age of 5. He admits he has big shoes to fill in in taking over the captain’s role, in replacing Jack Hatty, who served as chief for the last 11 years. Dougherty said he learned a lot from Hatty and aims to bring the same enthusiasm that led the club for more than a decade.

“He was great with words and he always put on a great show,” Dougherty said. “I’m a pretty laid-back person so I need to try to be as vocal as he was.”

The Saturnalians will perform a theme called “Unchartered Africa: Call of the Wild,” which promises to make viewers feel like they are in the middle of an African jungle. Tribal warriors, animal costumes and colorful wardrobes will be on the menu as Dougherty and his group tap into their creative side with a high-energy performance. Doughery, especially is looking forward to the challenge.

“What I like about being a captain is the chance to show my creative side,” he said. “Day-to-day work can be pretty boring so this is a chance to bring out some excitement.”

Dougherty has been a Mummer for most of his life and he spent the last few years working on the costume committee. He finds himself in a crucial role as the club continues to grow with about 80 members. He said the Saturnalians are in a good place thanks to their former captain.

“We were at a point about 15 years ago, where we were about to fold,” Dougherty said. “But Jack built the club back up. It’s not always easy to keep things going. I’m just going to try to keep that energy going.”

The Saturnalians placed sixth last year and have been a contender for the top spot over the years.

‘It’s a tough competition,” Dougherty said. “We’ve been in contention the last couple of years and we always seem to be knocking at the door.”

The traditions of family are strong within the club, and Dougherty said he plans to bring his son into the fold once he’s old enough. This year, he’ll settle for some New Year’s photos at the club, which is near his South Philadelphia home.

“We’ll walk around and take some pictures of him,” Dougherty said. “But we’ll definitely keep the tradition going. He’ll be a member of Saturnalian eventually.”