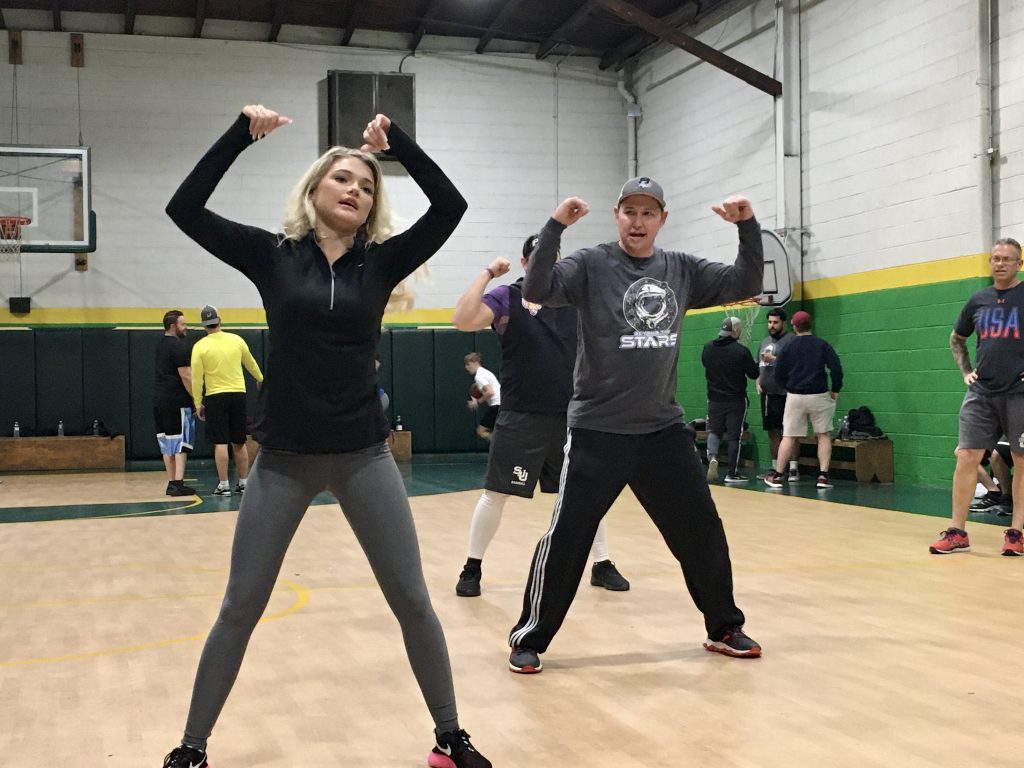 The stars seemed to align perfectly for Alexandria McIntyre.

Her great-grandfather, William McIntyre, created the brigade in 1947 and years later, her grandfather, Franny McIntyre, became the face of it and stood as the heart and soul of what the Shooting Stars embodied.

Now Alexandria has taken an increased role as the club’s new choreographer.

“I’ve been here since I can remember,” McIntyre said. “When I was little, I used to come to drill and I would be trying to mimic them in the front, trying to do their dances. Now, I’m the one giving them their dances.”

And she’s quite qualified to do so.

Not only do her bloodlines run deep with the historic group. McIntyre is skilled in the area of dance, as she is a professional cheerleader, now in her second season with the Philadelphia Eagles.

The all-male marching brigade takes its dancing orders from the petite 25-year-old cheerleader. Group members welcomed her with open arms when she was called into action just over a month ago, when the club decided to change choreographers.

“It’s definitely a huge difference,” McIntyre said. “It’s much more bubbly with the cheerleaders at the Eagles. Here, I’m with a lot of union workers and masculine men so it’s definitely a lot different. But at both, the vibes are high-energy and it’s so fun.  It’s very different, but in the sense of wanting to win and pride for your team, it’s the same height of energy.”

Michael Adams, now in his ninth year as team captain of the Shooting Stars, said McIntyre was a perfect fit as the club tries new styles.

“She was always around us,” Adams said. “We watched her grow up in the club as a kid. We had a choreographer for 35 years but things started to change and the parade started to change so we wanted to go in a different direction. With Alex’s background of cheerleading with the Eagles, and with her grandfather and great-grandfather being so influential in the club, it seemed like a pretty obvious choice.”

This year’s theme is “Sinbad and the Curse of the Nile.” McIntyre said the routine is challenging but the group of about 80 members is picking it up. She relates what she’s learned as a cheerleader to nail down the tricky parts.

“It’s funny, our (Eagles) assistant choreographer always tried to explain things differently to us,” McIntyre said. “She’ll say things like, ‘Move your arm like you’re putting a sheet on a bed,’ I try to do that for (the Shooting Stars) because I know it’s really helpful for me.

“When I see they’re not getting a move, I just think about how can I explain it like my choreographer would explain it to me. It’s such a dramatically different style of dance but little things like that seem to help.”

Adams said the techniques work and McIntyre’s passion is a big factor.

“She motivates them and inspires them,” Adams said. “Her enthusiasm is like no other. It’s a whole new ballgame now with her involved.” 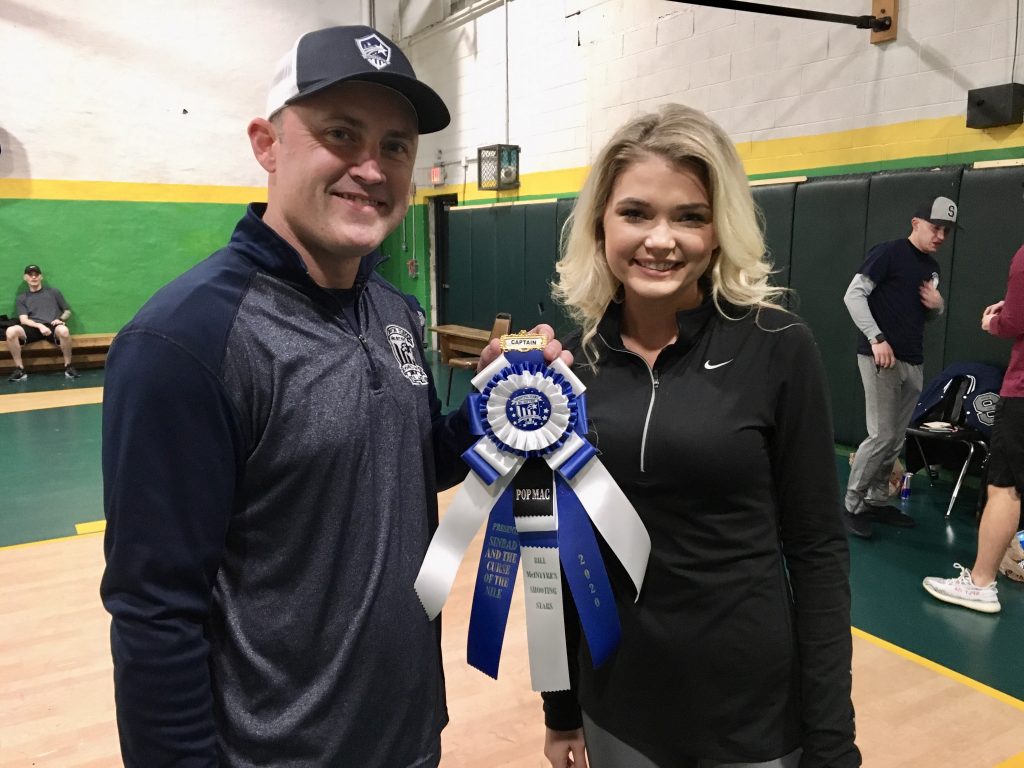 McIntyre’s days are long, as she works as a behavioral therapist for children with autism during the day. The Pitman, New Jersey resident’s nights are spent practicing with the Eagles Cheerleaders, and any free time is used to go over drills with the Shooting Stars. She’s also a major force for fundraising, as she raised more than $2,000 last year for the Eagles Autism Challenge, which benefits research and programs for autism. McIntyre was the top fundraiser on the team.

“Autism is such a huge part of the Eagles organization,” she said. “They spread so much awareness and they advance research with all the money we raised. It’s really cool to be a part of that.”

Putting passion into her work seems to be a common trend for McIntyre, and she plans to put everything into preparing for the parade.

Participating this year is extra special, as she will be honoring her grandfather, Franny McIntyre, a former captain and lifelong enthusiast, who passed away in March from lung cancer at the age of 73. He was honored with a New Orleans-style funeral along 2nd Street.

“He was the heart of the club,” Alexandria said. “He wasn’t just my pop, he was everyone’s pop. For me, it’s just amazing to be a part of it and carry on his name and the legacy he left.”

Her competitive nature took over when speaking of honoring her grandfather. She carries advice from “Franny Mac” close to her heart and would love for the Shooting Stars to emerge victorious on New Year’s Day.

“My pop always told me that if you’re going to do something, be the best at it,” Alexandria said. “And I plan to do that this year.” ••