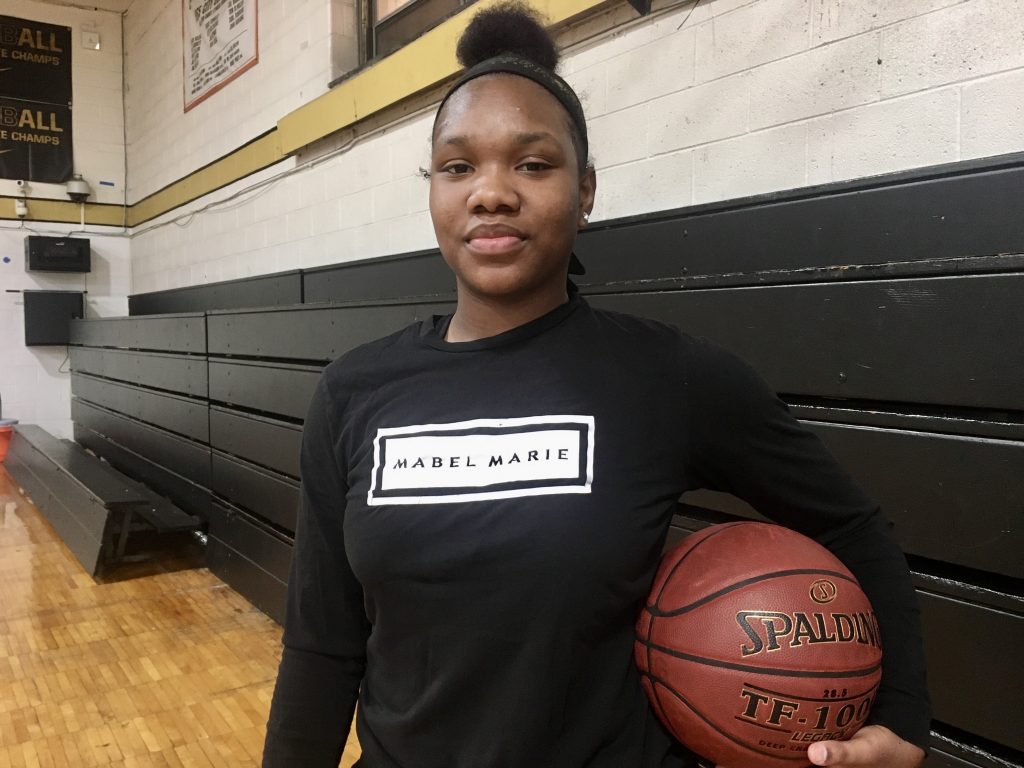 It’s not always about basketball for Diamond Johnson.

Hoops have provided the highway for the Neumann-Goretti senior point guard, as she will play Division I ball next year at Rutgers University. But basketball wasn’t always Johnson’s first love.

“I actually didn’t like basketball at first,” Johnson said with a laugh. “I liked running and flipping when I was 8. I didn’t really get into basketball until about sixth grade. People started telling me I was good but I didn’t think anything of it. I was just playing. By seventh and eighth grade, people were telling me I was something special.”

And they were right.

Johnson is that good. Regarded as one of the top high school players in the entire county, Johnson has set the Philadelphia hoops scene on fire since transferring back to the area during her sophomore year from Phoebus High School in the Virginia Tidewater region.

She has eclipsed 2,000 career points and is aiming for three grand this year. She has the ability to drop 50 points on any given night, and has proved it on a few occasions. She was a first team All-Catholic selection and voted the league’s most valuable player. She also carried a 3.57 grade point average into her senior year. But you won’t catch her bragging about any of it in the high school hallways.

“The greatest thing about Diamond is that she’s so humble,” Neumann-Goretti girls basketball coach Andrea Peterson said. “She’s such a great kid on and off the court. As highly ranked as she is in the country, and as for all the things she can do, she just wants to make her teammates better each day. She goes over and beyond to get her teammates involved.” 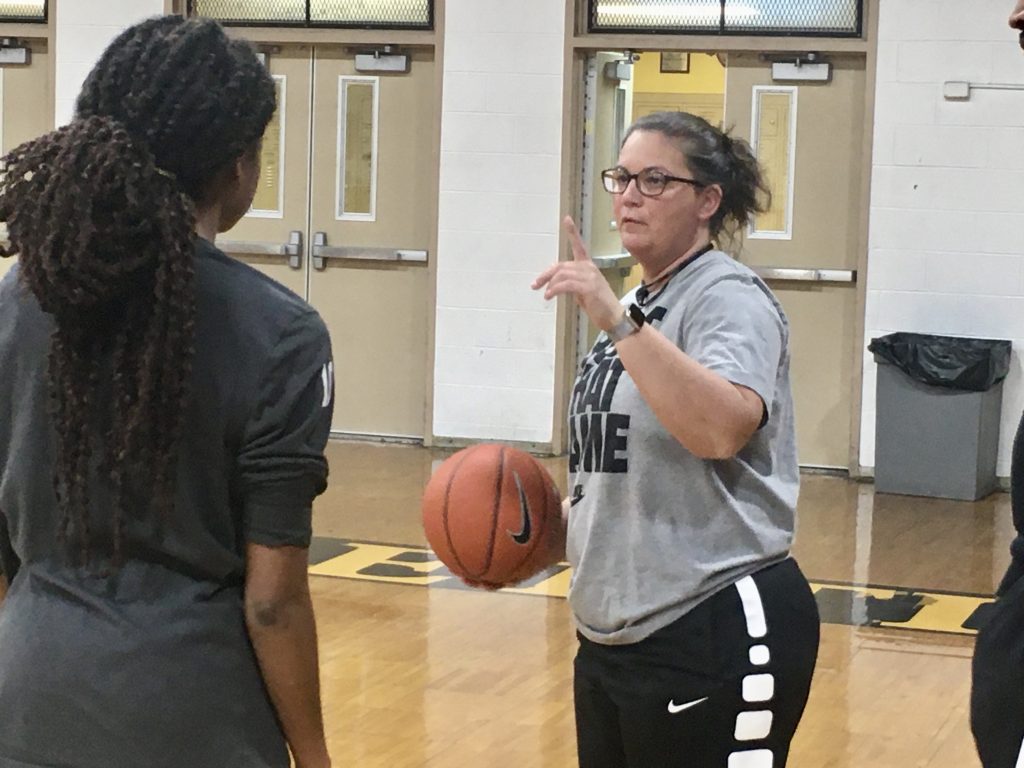 The North Philadelphia native, who was named after the street she grew up on,

began playing basketball under the watchful eye of her father, James Johnson. He got her started with the sport before she moved to Virginia in the sixth grade.

“He was the one who would take me outside to the playground and the court and he would just sit and watch me play,” she said. “He’s definitely the reason I am the way I am now.”

Johnson moved back to Philadelphia two years ago to be closer to her father’s medical care after he suffered a stroke. He passed away last year in December on a night Diamond scored 53 points.

“Every game is dedicated to him,” she declared.

And Johnson continued to put up gigantic numbers in his memory. She’d like nothing better than to lead the Saints back to championship status after falling short last season and breaking a string of four straight state championships.

But as much as basketball seems to be the focus, Johnson’s interests and integrity go beyond the hardwood. When she’s not sinking corner 3’s, Johnson serves as a youth mentor.

“Kids get to come, eat, play games and talk with us,” she said. “It’s great to get to know them and make sure they have fun.”

Johnson said she goes to different schools and recreation centers to talk with the kids about what it’s like to be a teenager.

“Just seeing the position I’m in, I have a voice and I know they will follow me, for sure,” Johnson said. “Seeing that I put positive images out there, they might want to follow that, too, and hopefully do the things that I do. It makes me feel good. They smile even if they have a bad day. You never know their background so you just want to talk to them and make them feel good.”

“Kids love her,” Peterson said. “She really cares and she wants to give back to those kids and let them know that anyone can get to where she gets to. She works hard at what she does, and her routine every day is special.”

Johnson plans to study either kinesiology or sports management at the next level and can technically already be called a business owner, as she has started a brand called “Above the Standard” and she sports her own sweatshirts at team practices. But Johnson prefers that her teammates share the spotlight.

“It’s not a one-person show,” she said. “It’s definitely a team effort.”