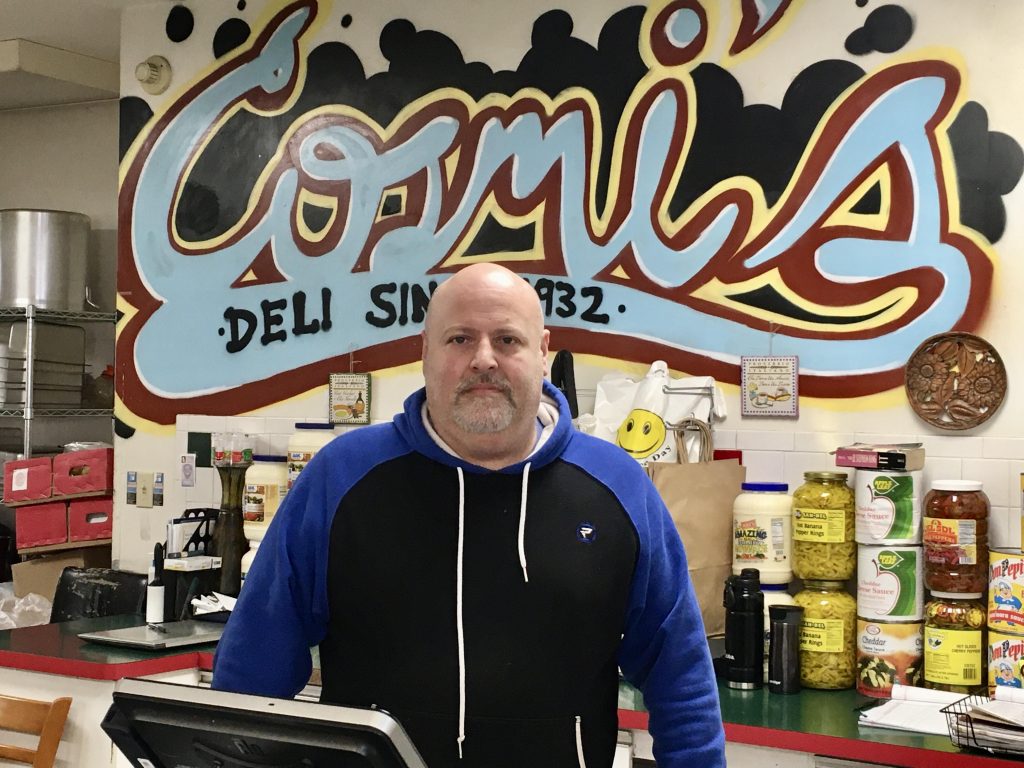 Michael Seccia thought a truck had hit his wall.

The owner of Cosmi’s Deli on the corner of Dickinson and South Eighth streets walked outside and moved swiftly toward the smoke rising from the newly destroyed row homes about half of a block north of his cozy deli.

“I was on the phone taking an order for delivery and the whole place picked up after a crashing sound, louder than you could imagine,” Seccia said. “Naturally, I went outside expecting to see a truck that hit the side of the building. I looked the other direction and saw the second floor (of a row home) had collapsed onto the first floor. Some customers and I ran down there with a fire extinguisher.

“Some people were putting out the fire, and one of my customers saw someone in the rubble and tried to gain leverage to pull him out. There was too much weight on top of the guy. The cops and firefighters got there quick and they told us to get back because it was a gas explosion.”

Seccia and the other witnesses were powerless to help victims in the tragedy that continued to unfold on a chilly December morning as the fire quickly intensified. According to reports, two people died, several homes were destroyed and many residents were displaced or affected in some other way.

“Unfortunately, there was nothing that could have been done to save those people,” Seccia said. “First responders were here immediately. Firefighters were going into the fire. I don’t know how they do it. It’s such a thankless job.” 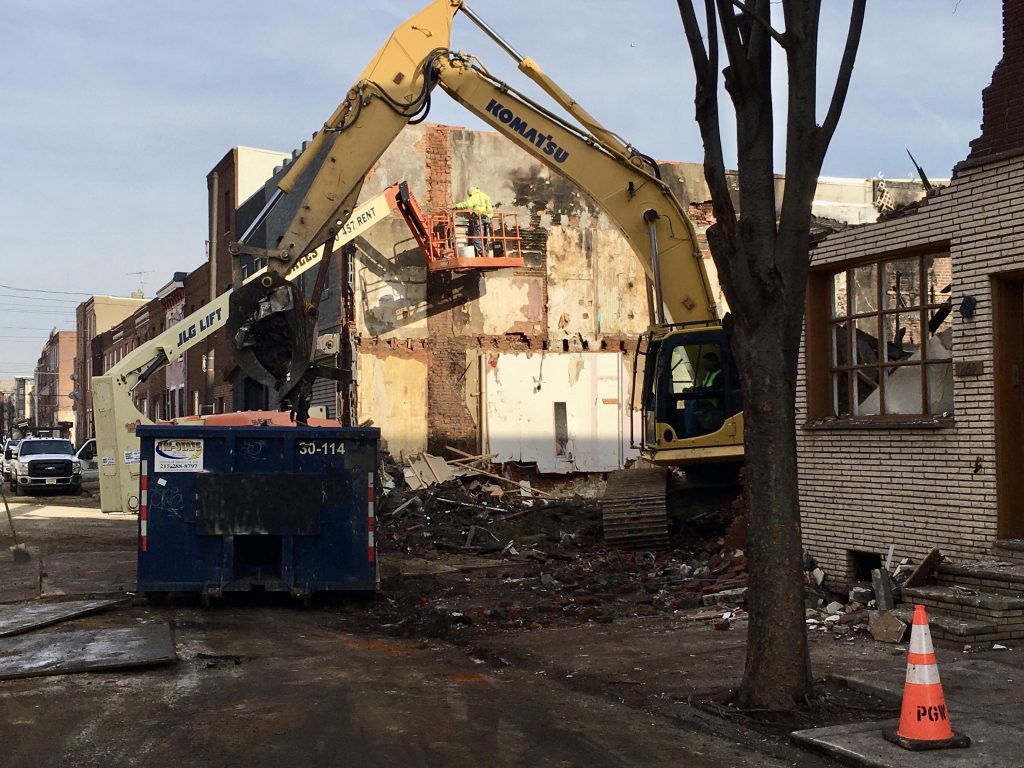 Seccia and others did their best to show appreciation for the first responders who worked at the scene over the next several days. The day after the blast, Seccia said he purchased about 50 coffees to give to officials on the scene. Once gas was restored, Cosmi’s became a hub for first responders. Sandwiches were made, coffee was brewed and the deli welcomed workers to use the facilities or simply escape the cold for a few minutes.

“I figured, we can’t go into the house and help anyone directly,” Seccia said. “So if we could aid the people that are doing that and risking their lives, we’ll do whatever we can. I was only out there a few hours but there were people out there for 20 straight. It wasn’t much, but we could give them some food or coffee and a place to get out of the cold for 15 minutes.”

Cosmi’s was one of several neighborhood businesses that attempted to help out with the relief effort. Down the street, Termini Bros Bakery collected money for the victims of the fire and rewarded some donors with store branded shirts or aprons.

“They were part of the neighborhood,” Vivian Vath, a manager at Termini Bros, said of the victims. “A tragedy happened so we just wanted to help out, especially during this time of year. It’s really sad.”

Antoinette Filonardi, a lifelong resident on the 800 block of nearby Greenwich Street, heard the blast from her row home about a block away. She lost electricity and when it came back on, a power surge blew out her refrigerator.

The 71-year-old struggled to find a new appliance on a fixed income. She said C&D Appliance on South Eighth Street came to the rescue and lent her a refrigerator free of charge until her insurance takes care of her claim.

“They were so kind and wonderful,” Filonardi said. “I was worried about all my food spoiling. They loaned me a brand new refrigerator and just said they understood the predicament and wanted to help out. I didn’t know what I was going to do. It was like he was my son helping me out.”

That type of friendliness became contagious in the neighborhood in the wake of catastrophe, according to Seccia, who is a New Jersey resident but has been working in the area for decades.

“I live in (Washington Township) New Jersey, but I work about 65 hours a week so I guess you could say I live here,” he said. “We’ve had people call and want to leave donations and you can never get too much help in a situation like this. In the past, you hear a lot about how we threw snowballs at Santa and stuff like that. But in a true test and a true emergency, you really see what this community is all about.”