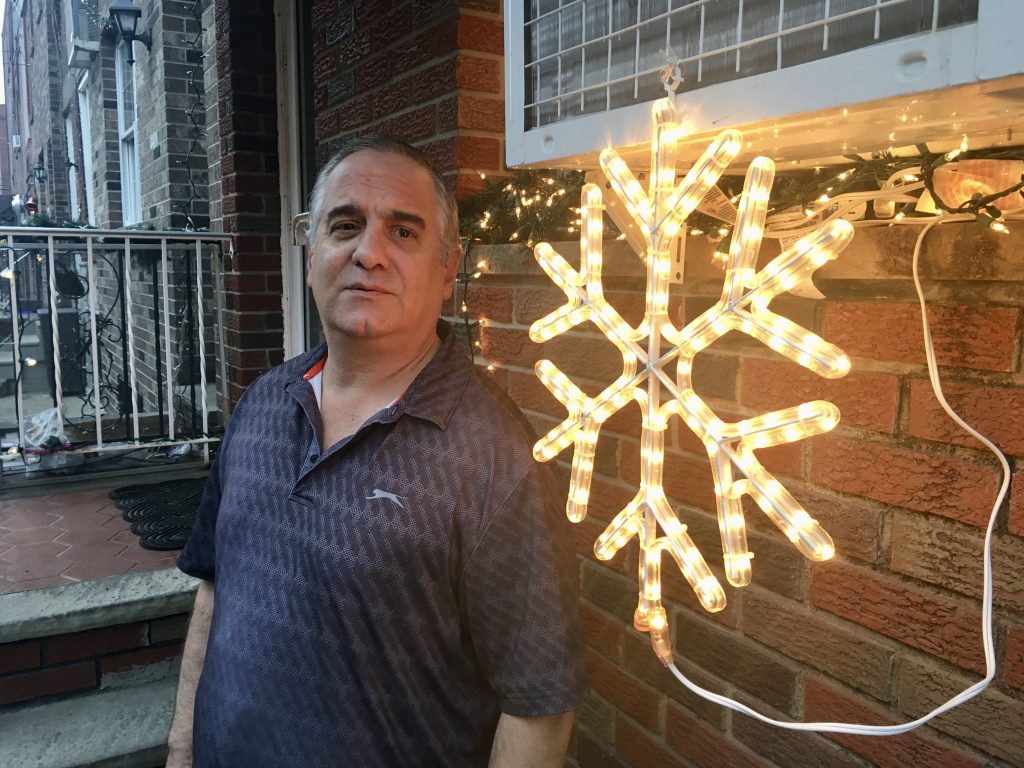 Some South Philly traditions originated hundreds of years ago. And some new ones are born every day.

Keith Suez is hoping to light the road to the next one.

Last year, the South Philadelphia native wasn’t quite ready to let the holiday season slip away, as he decided to continue keeping his white Christmas lights illuminated through the rest of the winter. A few of his neighbors on the 2100 block of S. Carlisle Street followed suit, and he believes that keeping the bright holiday lights on could ease the depression that some residents feel in January and February. He’s pleading with his neighbors to delay packing away their lights for the year.

Suez, 58, is hoping that a new tradition he calls “Winter Whites” — although still in its infant stage — will become a South Philly staple eventually.

“It seems like this year, a lot of people want to jump on board,” Suez said. “I have neighbors that have been keeping their white lights up and it looks really nice.”

Some residents in South Philly have been doing it for years but Suez wants to bring even more into the fold. His goal is a widespread effort throughout the streets in each South Philadelphia neighborhood.

‘It looks pretty dynamite when everything is lit up,” he said.

Suez says lights of any color are welcome, but his house on the narrow street consists of illuminated white snowflakes and stars, and a string of white LED bulbs line his railing. It brings him great joy to see others doing the same as he takes his 9-year-old beagle basset hound Pebbles for a walk on a chilly night. Suez has lived on Carlisle Street for the last 23 years.

“I just think it would be good because winter is so gloomy,” Suez said. “People become very depressed and they say that light stimulates people and their moods.”

Depression is the primary cause of suicide, which is the cause of death of approximately 47,000 United States citizens each year, according to the Centers for Disease Control and Prevention.

Suez shared his idea on the South Philly Community Facebook page and said he received a lot of positive feedback of interested participants. He’s hoping it goes at least locally viral.

“It seems to be trending pretty good on Facebook,” Suez said. “I’ve been getting a lot of comments. I want to get it going through South Philly. I’d love for it to become a new tradition.”

Suez’s message is simple. Instead of hustling to take down lights from the holiday season, keep them up just a little while longer.

“Whether they just put candles in their window, snowflakes that light up, or even just a swag of white lights,” Suez said. “I think it could really take off.”