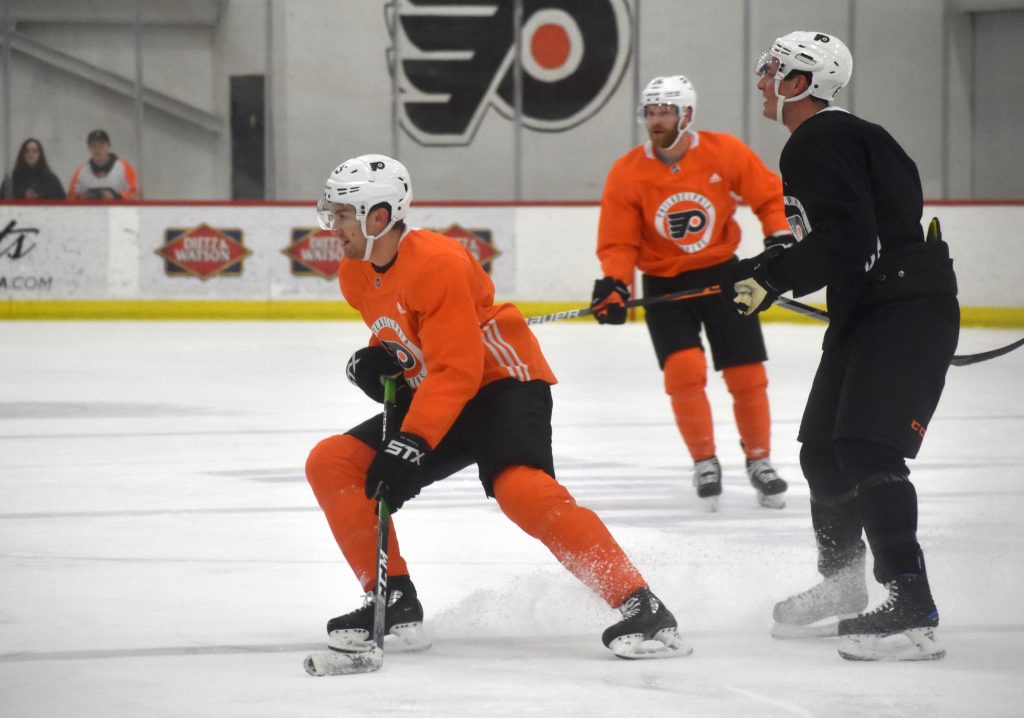 The life of a goal-scorer in the NHL has its scorching-hot streaks and sub-zero cold spells in any given season.

Coming off a three-point game against the Los Angeles Kings, and having recorded five points in his last four games prior to Tuesday’s matchup with the Pittsburgh Penguins, van Riemsdyk is hoping he doesn’t cool off during a nine-day break that follows the Pens game due to the Flyers’ bye week, in addition to the NHL All-Star Game.

“Yeah, it feels like that’s what happened with the Christmas break, too,” van Riemsdyk said. “This has been a weird year in that sense. For whatever reason, it’s come a little bit streakier than usual. I don’t know what that’s all about. Obviously, the lines have been mixed and matched a bit so I just try to find chemistry and ultimately you focus on details of your game and doing the right things and having good habits.”

Van Riemsdyk was on his best run of the season in the three weeks leading up to Christmas. He had three straight multi-point games, and had tallied 11 points in the eight games prior to a four-day holiday break.

He went without a point for eight games, with six of those on the Flyers’ nightmare West Coast trip. The struggles weren’t van Riemsdyk’s alone, as the team went 2-5-1 during that span, including the disastrous 1-4-1 road trip.

“Every team goes through some adversity every year,” van Riemsdyk said. “For us, we obviously struggled on that trip and certainly it just goes to show us how when we go into a little bit of a funk, we have to find ways to get out of them.”

The usual cure for a goal drought is to shoot more. Strangely enough, he has recorded eight or more shots in a game three times this season and came up empty in all three. His 13 goals in 49 games this season represents the lowest goals-per-game average since 2012. 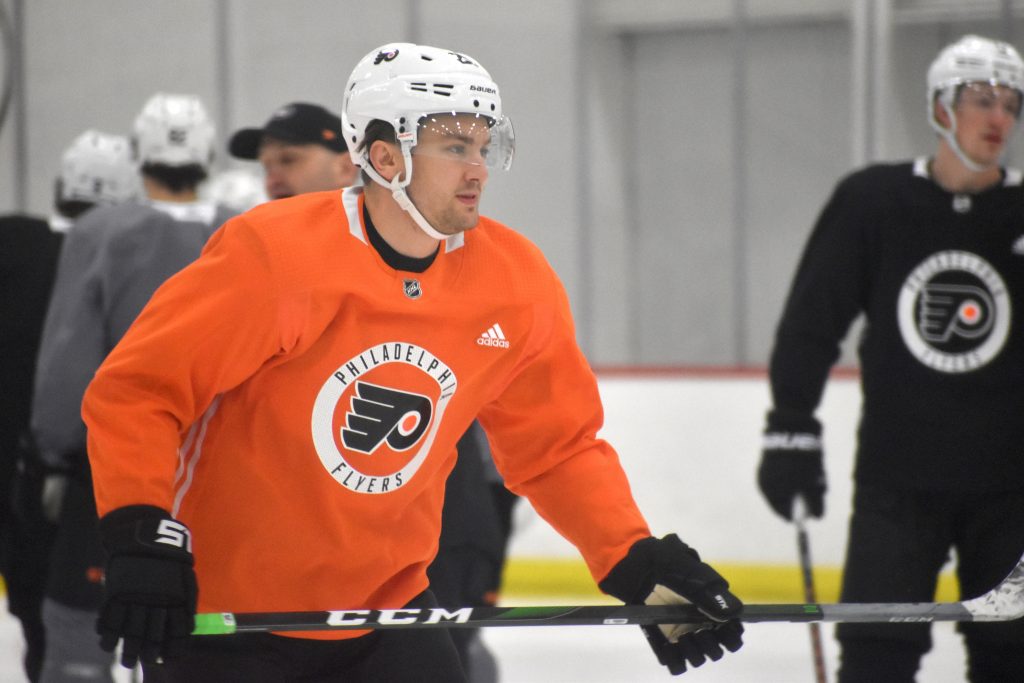 Some of it is luck, as van Riemsdyk is shooting just 11 percent this year, as opposed to the 16.2 percent he shot last season while posting 27 goals in 66 games, which is a 34-goal pace in an 82-game season. This year, he’s on pace for just 22.

“I feel like I’m moving well out there and being a responsible player, doing all the little details of the game on the boards and in the defensive zone and making smart decisions,” he said. “Sometimes the production on the score sheet hasn’t been where I’ve liked it to be consistently enough this year but I just need to keep chipping away at it.”

Van Riemsdyk’s second stint in Philly, after signing a five-year, $35 million contract as an unrestricted free agent in the summer of 2018, has been a bit turbulent, with good reason.

He’s played for three head coaches (Dave Hakstol, Scott Gordon and Alain Vigneault) in just a year and a half as a Flyer. He experienced something similar as a rookie in 2009 when former coach John Stevens was replaced by Peter Laviolette that December.

“I was exposed to it my first year of pro hockey,” van Riemsdyk said. “We went through a coaching change (25) games in. You realize at that point how it really is a business and all these decisions that get made are out of your control. Certainly it can lead to some things that are challenging but as a player you just need to go do your job and focus on the things within your control. Obviously, those things are not ideal but you just focus on playing and let the other things sort themselves out.”

The Flyers are 8-2 in games this season when van Riemsdyk scored a goal. They’re 15-3 in games he recorded a point. A big factor in the Flyers’ playoff hopes will be whether he can stay hot after the break.