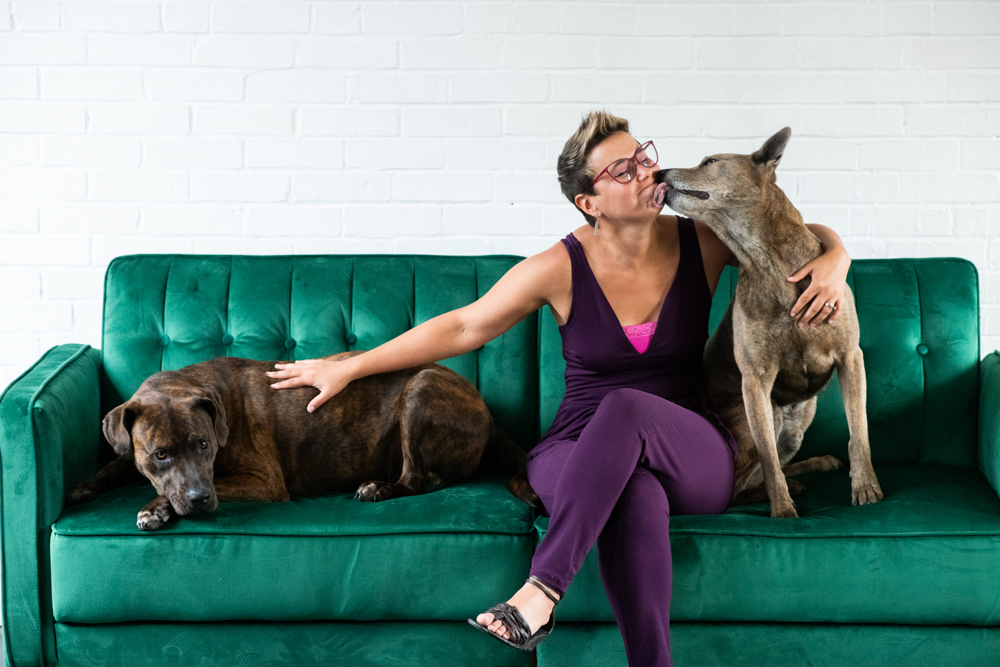 Kristen Kidd would like nothing more than to give back to local dog rescues.

Kidd, known for her photography in the Philadelphia area, started the Women’s Best Friend Project a year ago, creating a book and telling the story of women who formed special bonds with their four-legged friends, often times at breaking points of their lives.

A two-year project of interviewing and photographing women and their dogs inspired Kidd to tell their stories and support local animal shelters and rescues.

Kidd raised more than $7,000 through book sales and donated all of it to Harley’s Haven Dog Rescue in Perkasie, Bucks County.

“It was a really fun moment being able to hand over the money to them and be like, guys, check it out. Look what we did,” Kidd said. “And that’s what we were going for.”

Kidd has started working on Volume 2, which expects to be published later this year. She’s looking for another dog rescue to donate her future profits.

“I just felt like it would be great to open the doors for another rescue,” Kidd said. “I wanted to expand it and develop more relationships and connections and have another rescue benefit from it.”

The deadline for submissions is Jan. 31. Animal rescues, more specifically dog rescues, can submit an application by visiting https://mailchi.mp/583b888e888a/wbf2020. Copies of Volume 1 of Kidd’s coffee table book can be purchased at https://www.womansbestfriendproject.com/ for $125. For information on the upcoming release of the second book, readers can visit http://www.kristenkiddphotography.com/.

In addition to helping homeless dogs find their forever homes, Kidd is hoping to erase stigmas associated with grief, depression, anxiety and breed discrimination. She’s hoping to spread awareness and offer advice to shelters and rescues to fill the needs of a growing population of organizations.

“I’ve told all the rescues that I’ve spoken to that regardless of who we decide to partner with, I can see through the interview process what their needs are,” Kidd said. “We can strategize for how to meet those needs, regardless if they’re a partner with this project or other projects. I run projects and campaigns throughout the year to benefit various organizations. So if not this, then likely it’ll be something else.”