Timmy Zheng is a quiet competitor.

But don’t let his soft-spoken nature fool you into thinking you’ve got one over on him. In fact, he’s already set his trap.

Zheng is a senior at the Academy at Palumbo school, 11th and Catharine streets, and is lauded as one of the best high school chess players in the city. And he’s accomplished that feat in a short amount of time after a long absence from playing the game.

In just two short years, Zheng has risen from a rook to a king as he currently resides in first place individually in the Philadelphia Scholastic Chess League after the fourth and final tournament of the regular season, which was held on Jan. 28 at the School District of Philadelphia.

The Academy at Palumbo also earned the top seed heading into the playoffs and will earn a free pass through the wildcard round on Feb. 11 and will compete in the semifinals on Feb. 20.

The Griffins have formed a tight group of friends that challenge each other during practices and online. Teammate Brandon Luk was responsible for bringing Zheng onto the roster and it’s been all chess, all the time for the Griffins.

“There was really no one to play with,” Zheng recalled before he joined the team. “So I had less interest in it. But I had Brandon invite me to play again, and it brought the interest back. Now I have more friends that play.”

Those friends also include teammates Bobby Fishburn-Spivery, Andy Nguyen, Timothy Sontono, Son Luu and Mythi Nguyen, who were all ranked highly in the league as of last week. They all get along together really well.

“There’s a good camaraderie,” Academy at Palumbo chess coach Ed Myers said. “Generally, we’ve been able to field a solid team and the distribution of talent is pretty even with the exception of Timmy, who is a super player. For that reason, we’ve been able to remain in first place.” 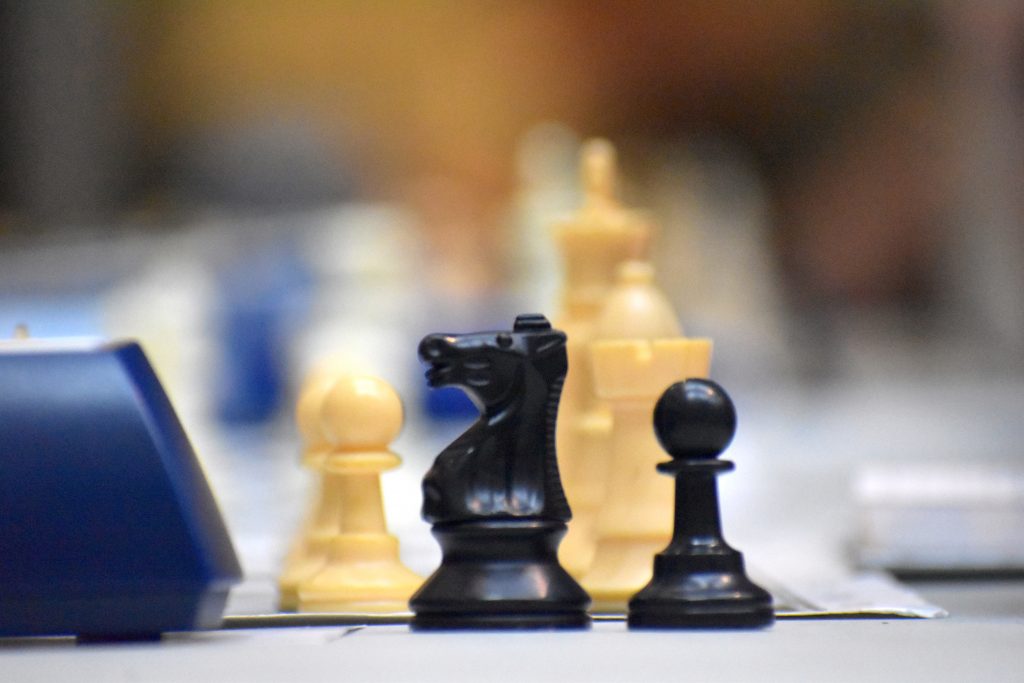 The PCSL is the competitive arm of After School Activities Partnership Chess, with more than 50 teams and 500 youth competing at the elementary, middle and high school levels.

There are 112 high school students listed on the league standings, with Zheng sitting at the top.

“He’s very dedicated to learning the game and studying strategy and tactics,” Myers said. “He works at it very hard and spends a lot of time online playing chess, where a lot of students build up their knowledge base. It’s really gratifying to see how the students teach each other.”

Zheng has other talents as well. He takes part in robotics and coding club at school and he plans to study computer science at Drexel University next year. He’s hoping to play chess next year as a club sport for the Dragons. But right now, improving among his peers is the main focus for Zheng, who enjoys the tactical side of defeating his foes.

“I like the tactics of it,” Zheng said. “It feels good when you figure out a tactic that helps you win. It’s exciting.”

Zheng carries a United States Chess Federation rating of 1654, which is also highest in the league. Players are rated and matched up against other players of a similar caliber to keep games competitive. Zheng plays against the best of the best on a daily basis.

And he quietly enjoys the challenge.

“He’s very quiet and very unassuming but it didn’t take long for us to recognize that he was an exceptional talent,” Myers said. “He’s been a great asset to our team.”