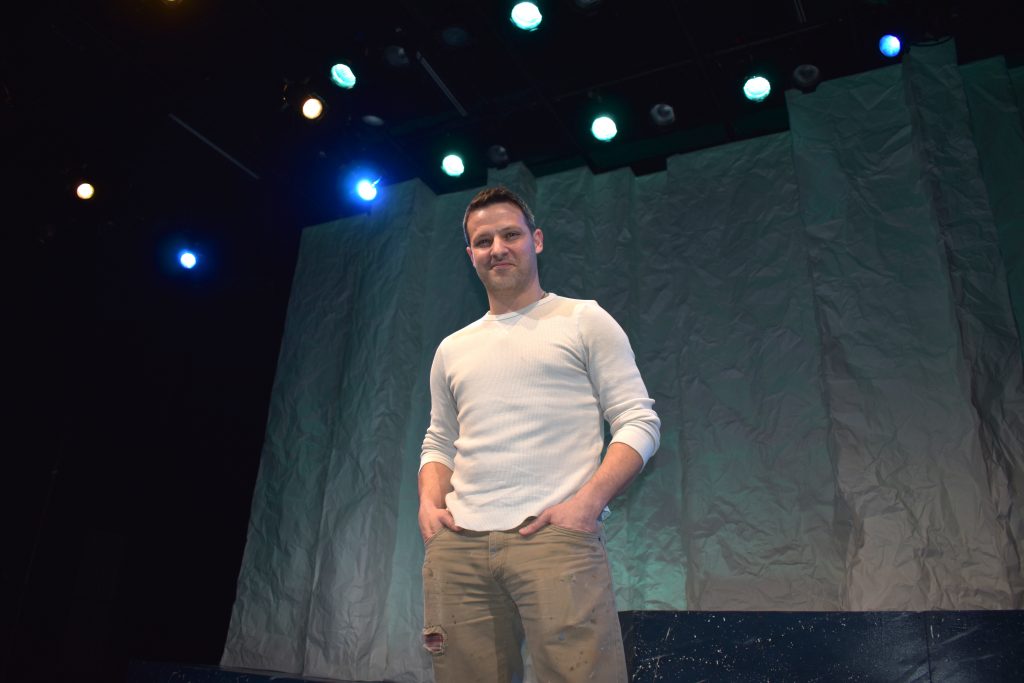 Chris Haig’s work has taken him many places.

As a theater set and prop designer, Haig has led exhibitions to faraway kingdoms to peek in on Snow White and the Seven Dwarfs. He’s interrupted a Midsummer Night’s Dream in Athens, and he’s been Lost in Yonkers.

Other jobs had him replicating pre-Y2K Northern Idaho in “The Few” or small-town Wales in “Love, Lies and Taxidermy.”

Just name your destination, and Haig will get you there. No long plane ride, no passport required.

“It all starts from reading the script,” Haig said. “But the creative ideas about how to express that script usually comes from collaborating with a director. I just visualize that as best as I can in the real world. I get inspired by doing research in the time periods of the shows. I get inspired to look into the themes of the play and look for works of art that speak to that.”

Haig, a 40-year-old Point Breeze resident, has made a name for himself in following that plan. He’s heavily involved in several theater productions throughout Philadelphia and has built an extensive resume over the last 20 years.

His set designs have been seen at the Arden Theatre, Theatre Horizon, 1812 Productions and Simpatico Theatre, where he received a Barrymore Nomination for best scenic design for “Time Is On Our Side.”

Most recently, he built the set for “A Hundred Words for Snow” by Tatty Hennessy, which is playing at the Louis Bluver Theatre at 302 S. Hicks St. until Feb. 23.

Directed by Claire Moyer and starring Satchel Williams, it’s a one-person show that tells the story of 15-year-old Rory, whose geography teacher father has recently died. Struggling with grief, she pursues his lifelong dream and journeys to the North Pole.

Haig was tasked with making the audience feel they were in the barren snowy wilderness without the use of actual glaciers. He used a backdrop created out of fire-retardant paper that is usually used by welders to catch slag. Crumpled up, it catches the light like a glacier would. 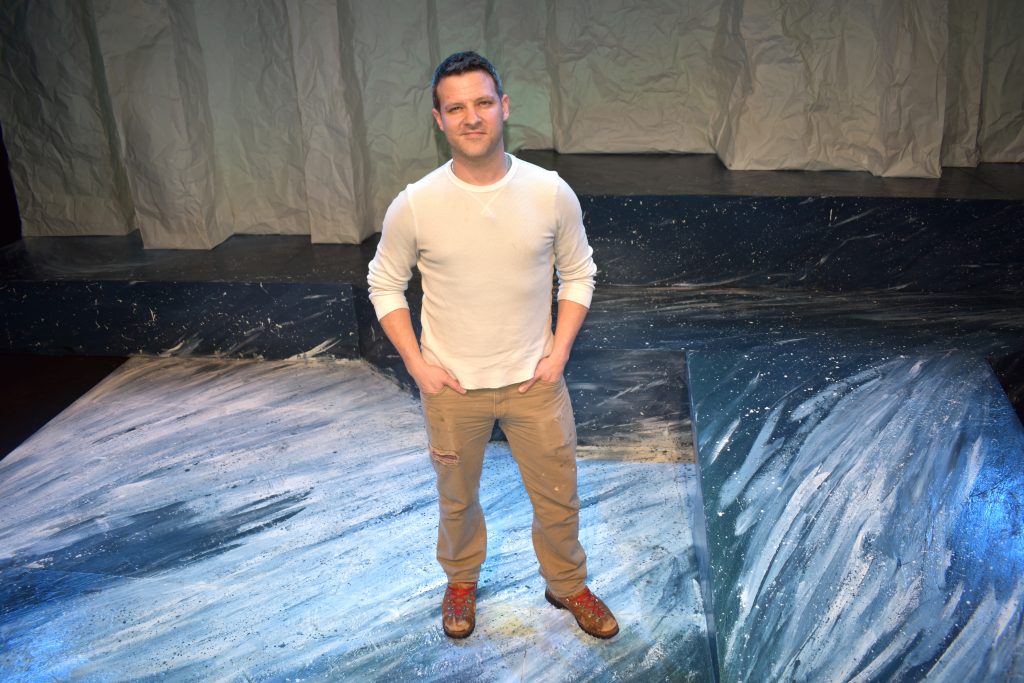 “That idea of the arctic, and trying to get that realistically, is impossible at our budget,” Haig said. “We found artist’s representations of what the arctic is or what snow is. It was taking abstract ideas of the arctic. It comes from all different directions.”

Haig originally aspired to be an actor after receiving his Bachelor of Fine Arts in Theatre from the University of the Arts in 2001. He spent a year in Los Angeles, attempting to break into acting but quickly decided to head back east.

“I found it to be a terrible experience,” he said. “That place just wasn’t for me. So making the decision to come home, knowing that I had friends in the theater companies and knowing I would have work here, that was the transition point for me.”

But Haig decided he’d rather design the sets rather than act on them. He played catchup on learning about design work since his college didn’t have a program at the time. Haig worked hard at his craft and he’s been happy ever since.

“I decided I hated auditioning,” Haig said with a laugh. “The struggle and the hustle of being an actor just wasn’t for me. So I transitioned into a full-time designer.”

Don’t let him fool you, he still hustles.

“It’s true,” Haig said. “All of us in this business still have multiple jobs. It’s just the nature of the industry. I work (as the Properties and Master Set Designer) at the Arden Theatre but I still do a lot of freelance work.”

“Philadelphia theater scene is crazy,” he said. “We have like 80 theaters. It’s alive and a great place to work.”