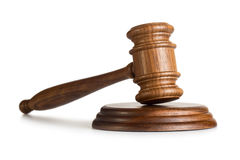 Three people were convicted of operating a drug trafficking group for several years in South Philadelphia.

First Assistant United States Attorney Jennifer Arbittier Williams announced on Tuesday that Philadelphia residents Antoine Clark, 30, Gerald Spruell, 32, and Daniel Robinson, 36, were convicted of charges including conspiracy to distribute controlled substances, and distribution or possession with intent to distribute crack cocaine and heroin after a trial that lasted more than two weeks.

The charges stemmed from the group’s operation of an almost around-the-clock drug delivery service for several years along the 7th Street corridor in South Philly between 2013 and 2016.

“The defendants in this case ran a drug delivery operation akin to a ‘GrubHub’ or ‘UberEats’ for narcotics,” said Williams. “But despite their ‘friendly’ moniker, they were no friends to this community. To the contrary, they jeopardized the safety of an entire neighborhood in South Philadelphia. This conviction marks the definitive end to their enterprise, and a new beginning for the 7th Street corridor.”

Each defendant faces a mandatory minimum sentence of 25 years’ imprisonment, and a maximum of lifetime imprisonment. According to Williams’ announcement, the defendants and their co-conspirators, known as the “Friends” and “7th Street” drug trafficking group, delivered crack cocaine and heroin to customers using a shared drug phone to communicate with customers.