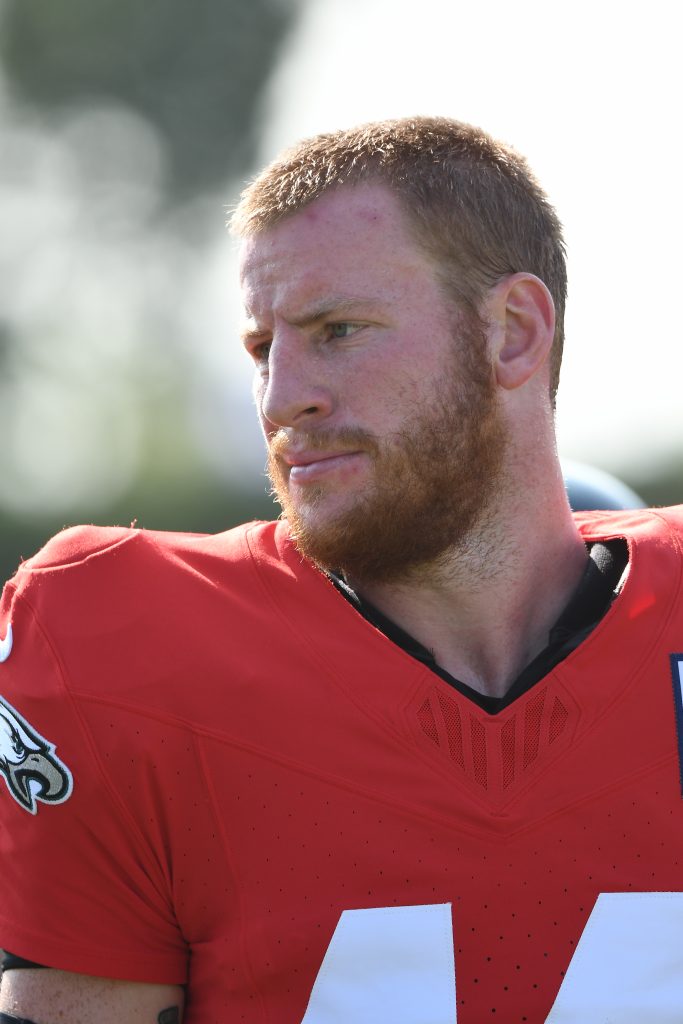 The Eagles will start the 2020 season officially after March 18, and like all NFL teams, there will be many new faces.

Yes, there are still key pieces left from the 2017 Super Bowl championship team, but this team will have its own identity. Two full seasons have passed since the parade down the Parkway and, yes, the Birds made the playoffs both seasons, earning a playoff win and an NFC East championship over the last two years, but the Eagles are just three games over .500 since Feb. 4, 2018, the day the franchise earned its first Super Bowl title and first NFL title since 1960.

One position that will not see a new face is the starting quarterback. The only question facing the Eagles brass is who will be the backup.

If you have to ask how important the backup signal caller has been to this franchise over the last few years, you have not been living in the Western Hemisphere.

This team belongs to Carson Wentz. He is the franchise quarterback now and will be for many years to come. The only question in this room is who are the backups.

Joe Flacco’s name has floated around a lot, but he has two more years on his contract that calls for him to make over $44 million over the next two seasons. He is 35 years old and has a ring. It would be ideal, but probably not doable.

Teddy Bridgewater is out there. He is just 28 years old and played very well in New Orleans last season when Drew Brees went out for five games. He wants to start somewhere.

Ryan Tannehill, who played for the Tennessee Titans last year, is going to want to start somewhere. His 2019 stats were very good: 2,742 yards passing, 22 touchdowns and just six interceptions. He is 31 years old and wants more than a backup role. It won’t be in Philadelphia

Marcus Mariota of the Titans was benched last season in favor of Tannehill. He is just 26. Someone will give him a chance to start.

Names like Chad Henne, Drew Stanton, Colt McCoy and A.J. McCarron are out there, but do any of these names get you excited?

Last year’s backup, Nate Sudfeld, is a possibility, but his rookie contract is up and he wants a better chance to play.

Josh McCown is looking to return to the NFL, but he will be 41 in July.

The draft? It is is not likely the Eagles would be able to take a player in the later rounds who could be ready to take on the No. 2 spot in the quarterback room in 2020. The Eagles need a veteran with playing experience.

That leaves us with Case Keenum. Keenum played for the Washington Redskins in 2019. In the 10 games he played, Keenum threw for 1,707 yards and 11 touchdown passes with five interceptions. He completed 64.8 percent of his passes.

Keenum works for the Birds in 2020 on a number of levels. He has been in this role before and played well.

In 2017, Keenum took over for former Eagle Sam Bradford in week 2 and led the Vikings to a 13-3 regular season record and the No. 2 seed in the NFC. He pulled off the “Minneapolis Miracle” walk-off TD pass to Stefon Diggs against New Orleans, but lost 38–7 to the eventual Super Bowl champion Eagles in the NFC title Game.

The 32-year old has never made the big quarterback money, so if the Birds offer him $4 million to back up Wentz, he would be a happy Bird in the nest. We’ll see if the Eagles go in that direction. ••