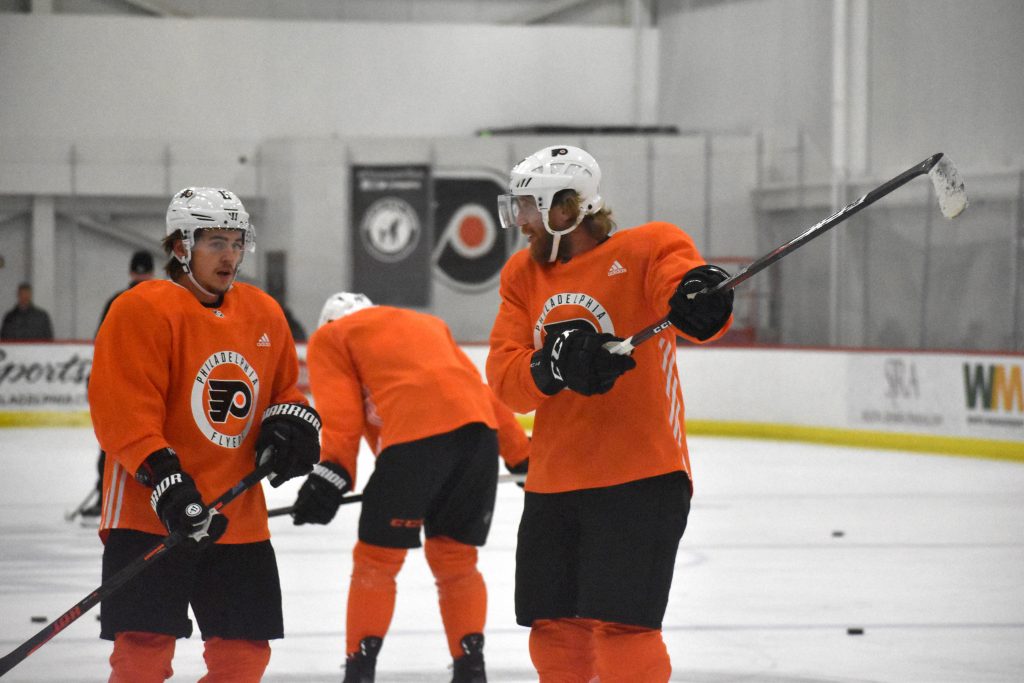 The recent rise of the coronavirus has left many things uncertain in the world of the National Hockey League.

The entire league is left in limbo, as the regular season was due to enter its last dozen or so games before a two-month gauntlet known as the Stanley Cup Playoffs.

As COVID-19 built momentum in North America, sports leagues quickly responded, shutting down operations in an attempt to flatten the pandemic curve.

Was it the right move? Time will tell. Hopefully, things return to normal sooner than later and in a few years from now we’ll all have to Google what the heck a coronavirus was in the first place.

We’ll likely remember the Flyers’ 2019-20 season as a big “what-if,” as the team was red hot at the time of the league’s suspension and Philly was a major threat to contend for its first Cup in 45 years.

Even if things do resume, how will it affect the team going forward? This team typically doesn’t perform well after long breaks and oftentimes is slow out of the gate to start the season. This could feel like an entirely new season if things do get back on track.

It’s a shame we’ll never truly know what could have been.

On the bright side, humanity has taken the spotlight in the Philadelphia sports scene, as Comcast Spectacor, which runs the Wells Fargo Center in South Philadelphia, vowed to pay its employees despite the suspension and possible cancellation of the Flyers, 76ers and Wings seasons.

This includes those tasked with collecting tickets, ushers, security and cleaning crews that punch a time card at the 19,000-plus-seat arena. Many of them are South Philly residents.

It seems like a no-brainer. But looking around the National Hockey League, it’s not quite a tap-in from the edge of the crease.

According to Washington Capitals blog Russian Machine Never Breaks, only 18 of the league’s 31 teams have solidified that promise to employees as of March 15. Some of the remaining 13 teams say they are working on a plan and some others are a bit more complicated, as not all teams own the arenas in which they play.

In Calgary, the city-owned ScotiaBank Saddledome is leased to the Saddledome Foundation, a nonprofit that oversees operations, and the building is managed by the Calgary Flames.

The Calgary Sports and Entertainment Corp., which owns the Flames, the Western Hockey League’s Calgary Hitmen and the National Lacrosse League’s Calgary Roughnecks, originally sent a letter to employees last week stating it would not pay its part-time employees during the suspended season. On Sunday, the Flames changed their minds and released a statement.

“We may not get everything right, out of the gate, but we can assure you that we will continue to work hard to do what is right,” the organization said in a release.

As of Sunday, the Winnipeg Jets hadn’t budged.

True North Sports and Entertainment, which owns the Jets and the American Hockey League’s Minnesota Moose and does own the Bell MTS Place, claimed in a letter to employees that 97 percent of its workers are part-time and have other sources of income. The company promised to explore options on the 3 percent of full-time employees, the letter stated.

(NOTE: The Jets rescinded their decision Sunday night and will now pay employees.)

In other places where the help has been slow to arrive, players have taken the initiative. Boston’s Brad Marchand has started a GoFundMe page looking to raise $250,000. Several of his teammates have donated toward the cause.

Former Flyer and current Florida Panthers goaltender Sergie Bobrovsky, who inked a seven-year, $70 million contract over the summer, has vowed to donate $100,000 to part-time workers at the BB&T Center in Sunrise during the hiatus.

The Flyers and Comcast Spectacor made it very clear how they feel about their game-day workers.

Valerie Camillo, president of business operations for the Flyers and the Wells Fargo Center, said in a message to staff: “You are the team that makes our operation run seamlessly on a day-to-day basis, and we want to make sure you have a sense of financial security and value during these challenging times.”

In a time of such uncertainty, it’s good to know some things remain certain.

Some contracts won’t be easy to trade