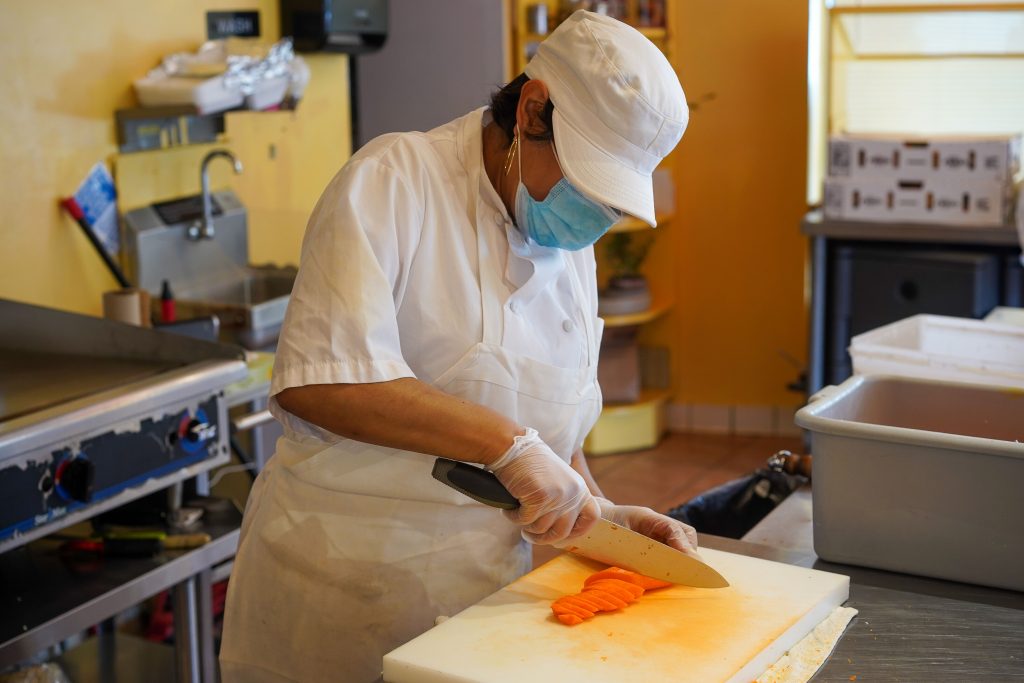 As business owners who live walking distance from their restaurant, Cristina Martinez and Ben Miller saw the immediate need to feed hungry neighbors.

The married couple owns the South Philly Barbacoa at 1140 S. 9th St. in the Passyunk Square neighborhood and wanted to help fight food insecurity during the current COVID-19 pandemic.

The restaurant’s project has grown 200 meals a day — cooked and delivered to those who need it.

“It’s very nice to see the reaction that people are enjoying the food,” Miller said. “That makes us feel good. And other restaurants are signing on through our referrals.” 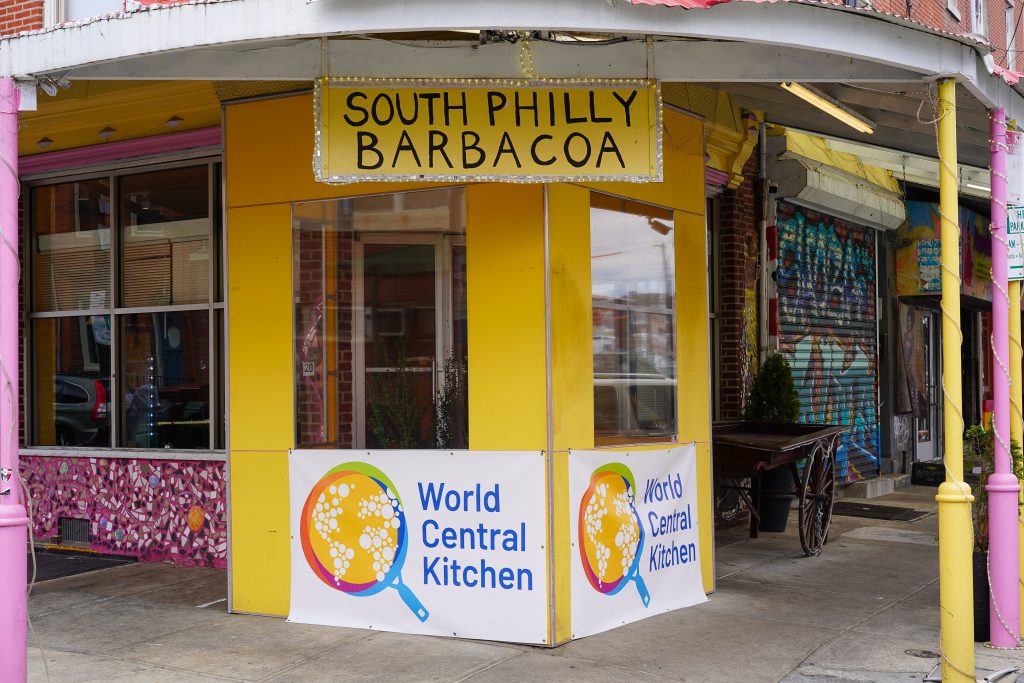 The effort is part of a national drive that has seen World Central Kitchen produce more than 18 million chef-prepared meals since it started, including 5 million during the COVID-19 pandemic.

Martinez and Miller have opened their kitchen to guest chefs, including local talent Aziza Young, who appeared on season 16 of Hell’s Kitchen.

“Aziza contacted me and asked if she could use our restaurant to cook for some low-income, elderly folks around Philadelphia,” Miller said. “Of course, I said yes.”
The rest is history.

Young launched her Chefs Feed Philly program on March 23, which saw a number of chefs get together to provide high-quality meals for those in need. She began partnerships with 215 Alliance and World Central Kitchen. After initially feeding 50 to 100 people per day, that number has now reached 200.

“Working with Ben and Cristina has been great, and it was wonderful of them to let us use their kitchen and have it be our base of operations for this program,” Young said. “They’ve been a huge help, and because of South Philly Barbacoa and because of all the chefs who are donating their time each and every day, we are now able to do so much for people who need nourishment more than ever before.” 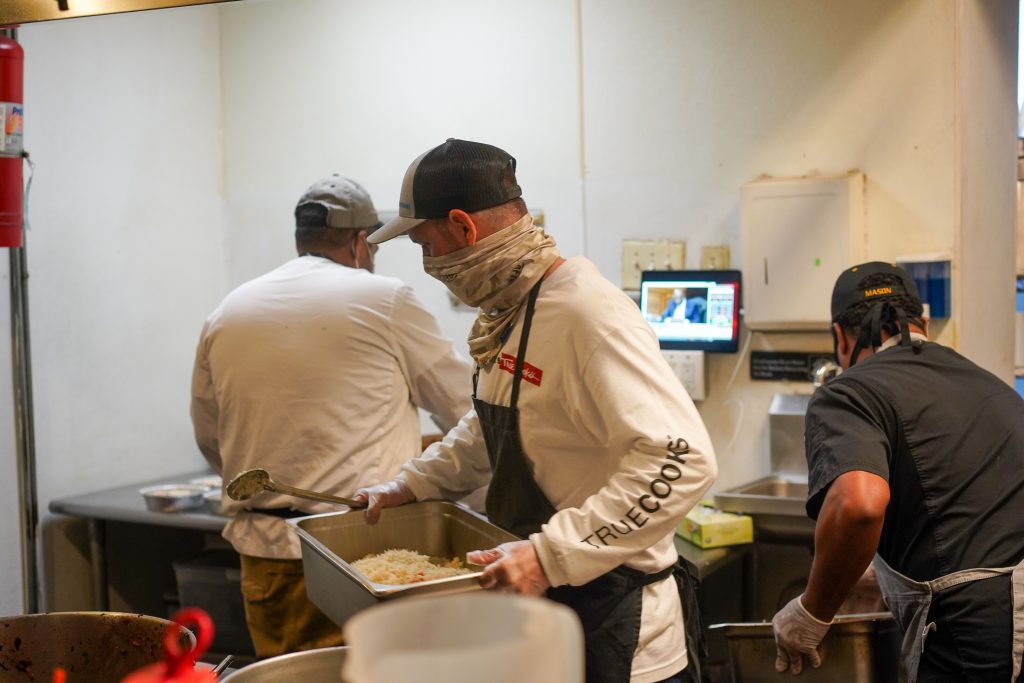 Every Monday through Friday, chefs from local restaurants, who otherwise would be unemployed, cook the culturally diverse meals in South Philly Barbacoa’s kitchen.
Meals include jerk chicken and chicken tikka masala. The meals are picked up by families or delivered with the help of nonprofits or religious groups that are all willing to pitch in.

215PA has partnered with Church of the Redeemer Baptist Church in Point Breeze, Puentas de Salud, UNITE HERE Philadelphia, SEAMAAC and the Pennsylvania Domestic Workers Alliance in the effort.

But it all starts in the kitchen.

“We’re trying to bring the same level of love and care and technique and passion for the food that we’re cooking,” Miller said. “We’re still trying to put as much energy and sacrifice into the food as we would for our normal restaurant.”

The effort has been very successful, but it’s not nearly finished according to Miller, who would love to see the program outlast the coronavirus.

“We want this to continue as a long-term project in the city of Philadelphia,” Miller said. “This is beautiful. This is a need in the city and it’d be a good use of our kitchen.”

Donations are being accepted to support the emergency food relief efforts and resiliency programs. For more information on how to donate or how to volunteer, visit http://215pa.com/peoples-kitchen/.