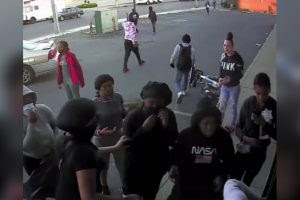 Police are looking for tips on suspects who broke into the CK Real Beauty store on the 2400 block of West Passyunk Avenue two weeks ago.

According to Police, the store was broken into on May 31 at approximately 8 p.m. as suspects were captured on surveillance video breaking the glass window.

A large group of people ended the store and took a significant amount of merchandise as well as the cash register, police said.

Anyone with information about the crime or the suspects is asked to contact the South Detective Division at 215-686-3013/3014.

All tips will be confidential.