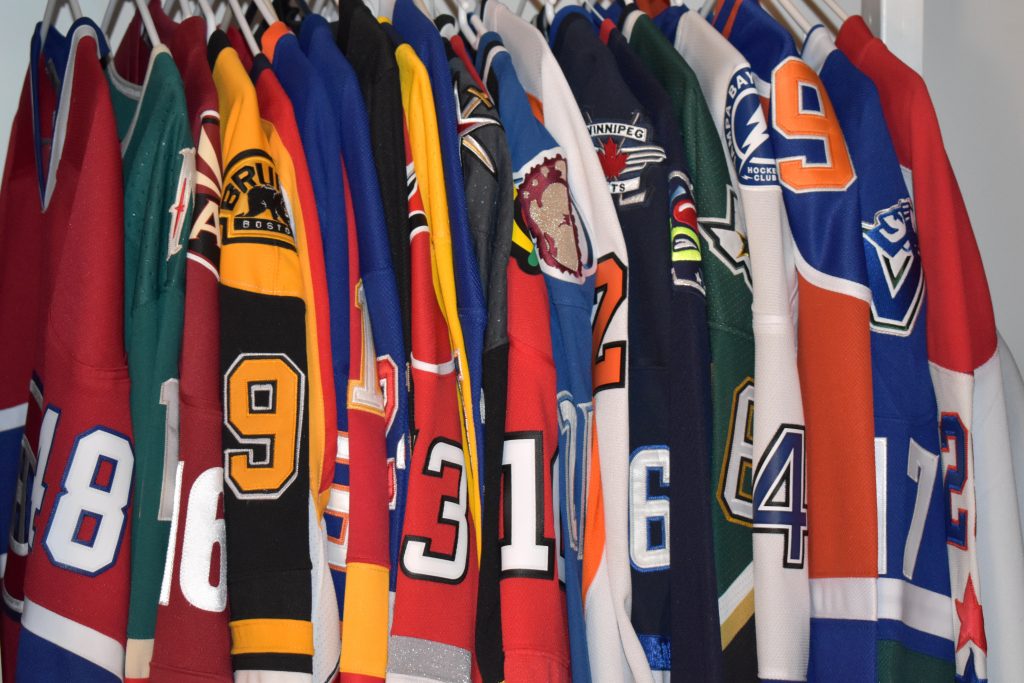 After a more than four and a half month pause, the National Hockey League has gathered inside a pair of bubbles in Canada to hopefully conclude the 2019-20 season with an extended playoffs while avoiding the constant threat of COVID-19.

If all goes as planned, 16 teams will begin a best-of-five play-in round while eight others (including the Flyers) will play round robin games to determine playoff seedings after already securing a spot in the first official round of best-of-seven playoffs.

This week, we’ll take a look at the play-in matchups in both the Eastern and Western Conference and try to remember where we left off. These rounds could be very tough to gauge as injury reports, otherwise known as “unfit to play” reports are scarce and vague.

Let’s start in the East. 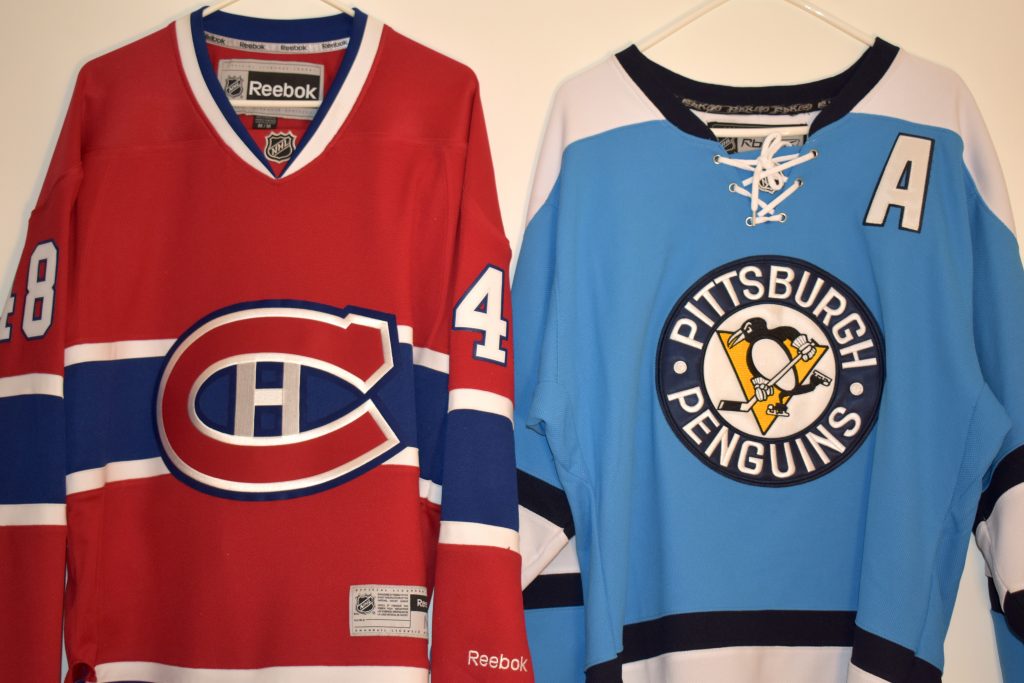 Penguins Outlook: The Penguins could be a scary team now that the band is all back together. It was rare that Sidney Crosby, Evgeni Malkin, and Jake Guentzel were all in the lineup together during the regular season and the Pens will enter the postseason as healthy as they’ve ever been. Keep in mind, this team has a chip on its shoulder as it probably deserved a better fate than having to play a toss-up best of five after having the seventh-best record in the league — four points better than the Dallas Stars who will enjoy a first-round bye.

Canadiens Outlook: Hockey experts will tell you goaltender Carey Price is capable of stealing a short series but that stigma probably won’t hold up. Price’s .909 save percentage this year was 32nd in the league and his 2.79 goals against average tied for 31st. The fact is the Habs let up too many dangerous scoring chances and a team as talented as Pittsburgh is going to cash in.

Prediction: Pittsburgh is too skilled down the middle and have players like Patric Hornqvist and Guentzel that will score from the dirty areas. The only way you go with Montreal is if you believe the conspiracy theories that the Pens would tank for a shot at the No. 1 overall pick in the draft, which is still up for grabs. However, Alexis Lafreniere would be more fitting in rouge, blanc and bleu. Penguins in four. 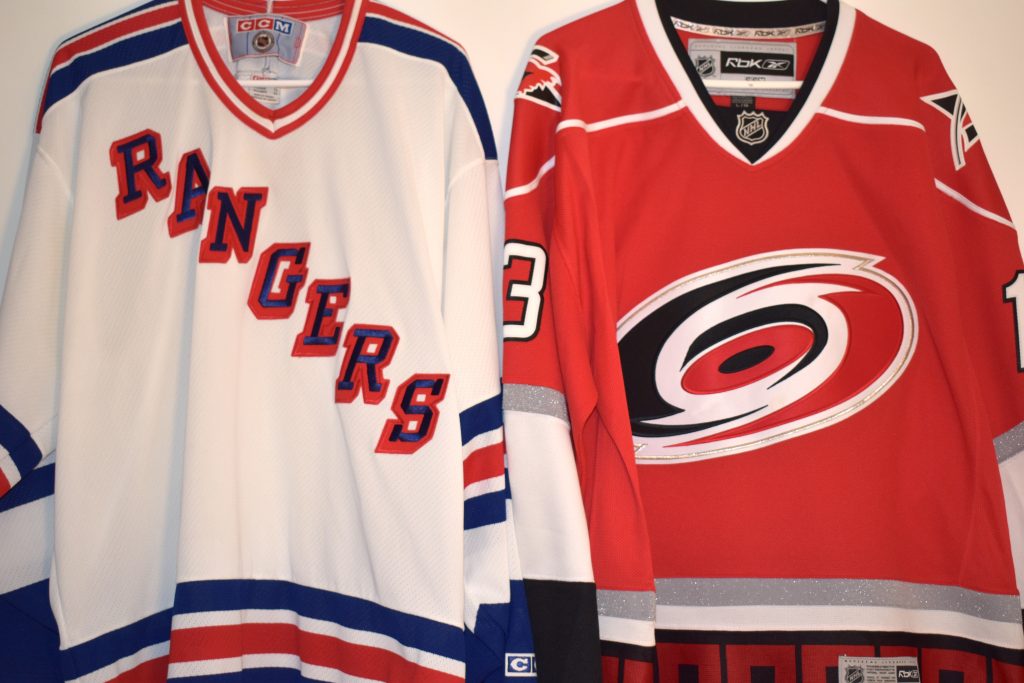 Hurricanes Outlook: The Hurricanes are the better team on paper but it has to be worrisome knowing Carolina lost to the Rangers in all four meetings by a combined tally of 17-9. If you’ve never heard of Canes’ defenseman Jaccob Slavin, you’ll certainly see a lot of him during this season. Averaging more than 23 minutes a night, Carolina’s top shut-down guy will be tasked with limiting Hart Trophy finalist Artemi Panarin and Mika Zibanejad. They play on separate lines so look for Slavin’s minutes to go up in trying to  contain both. Carolina could be a sneaky team as they have young talented forwards in Sebastian Aho, Teuvo Teravainen and Andrei Svechnikov and have good team possession numbers. But there’s a hurricane-sized red flag with Peter Mrazek and James Reimer holding down goaltending duties.

Rangers Outlook: The Rangers were one of the hottest teams in the league before the shutdown but they were also likely to miss the postseason under normal circumstances. You could consider many of those wins as empty-calorie victories. New York still has to figure out its goaltending situation as Henrik Lundqvist could be on a very short leash if he’s given the starting job, although the veteran was 3-0-0 against the Canes this year. The Rangers score a lot but allowed the eighth-most goals in the league this season. Prepare for some 5-4 games.

Prediction: The Rangers win a lot of categories here, but with all momentum likely gone after a long break, the Hurricanes are the better team with more playoff experience. The only question is whether the “Bunch of Jerks” will still be Storm Surging in an empty arena. Hurricanes in five. 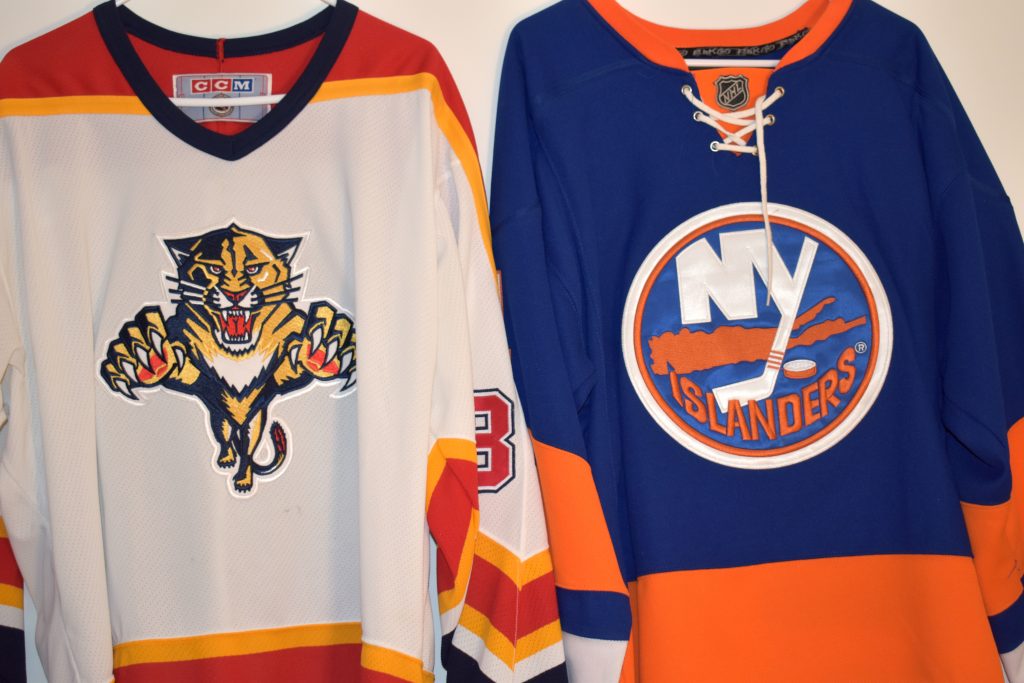 Islanders Outlook: Thomas Greiss and Semyon Varlomov combined for a .963 save percentage against Florida this year as the Isles took the series sweep. There’s a lot to like here about how coach Barry Trotz had this team playing playoff-style hockey in the regular season. New York allowed the sixth-fewest goals in the league this year while the Panthers gave up the sixth-most, which was the highest total among teams still alive.

Panthers Outlook: Florida is the more talented team on paper and have all the ingredients to make a strong push for the Stanley Cup. The Panthers have an elite two-way center in Aleksander Barkov, a slick scoring winger in Jonathan Huberdeau, one of the best puck moving defensemen in Keith Yandle, two-time Vezina winning goaltender in Sergei Bobrovsky, and a three-time Stanley Cup winning coach in Joel Quenneville. This should be a slam dunk if Bobrovsky can figure things out in time. Plus the Panthers are used to playing in front of empty stadiums, right?

Prediction: This will be the third stadium the Islanders call “home” this year. It could reach four if they make the conference final in Edmonton. The Islanders don’t win pretty but they win. Isles in five. 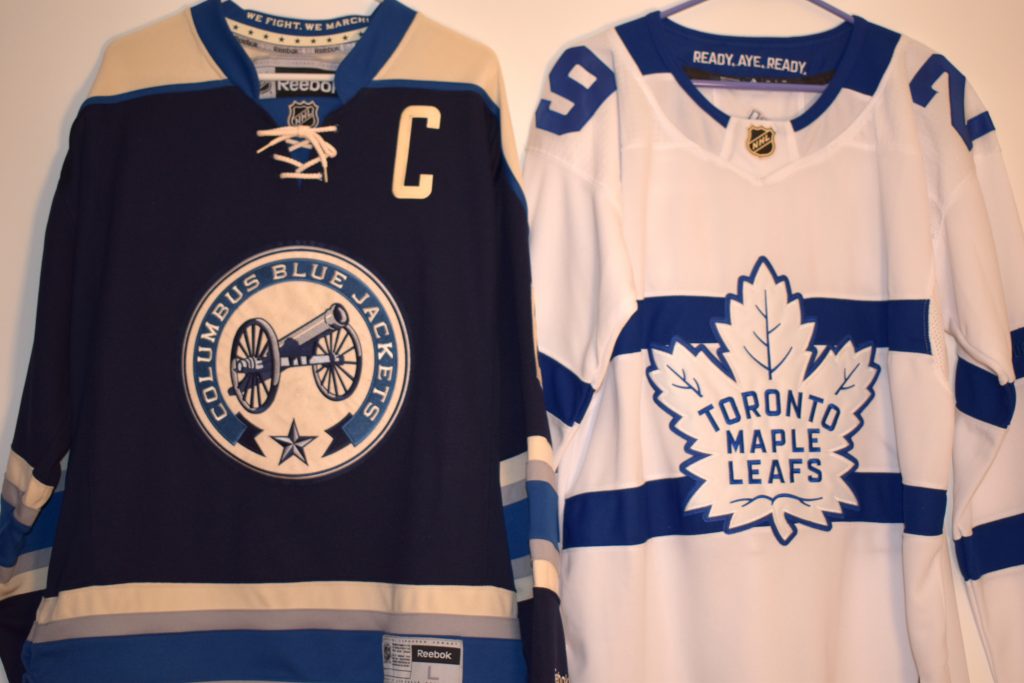 Maple Leafs Outlook: The Maple Leafs are the host team for the Eastern Conference but that holds little significance with no fans in attendance. This series is likely going to boil down to whether high-flying Toronto can score three goals a game, as the Jackets play at the defensive end of the spectrum and struggle to produce goals. Auston Matthews, who reportedly tested positive for COVID-19 weeks ago, should be a full strength. With a cast of John Tavares, Mitch Marner, William Nylander and Morgan Rielly, the Leafs should be able to muster enough offense to get by the stingy Jackets. Toronto should be more relaxed without all the normal playoff media attention which will mostly remain outside the bubble.

Blue Jackets Outlook: Columbus should be applauded for having the type of season it did after losing Artemi Panarin, Sergei Bobrovsky and several others to free agency. Seth Jones and Zach Werenski are a fierce tandem on the blue line and keep in mind Columbus shocked the hockey world one year ago after taking down the mighty Tampa Bay Lightning in a four-game sweep. Pulling the same trick twice will be a bit trickier.

Prediction: If a tree falls in the woods and there are no fans to witness it, did Toronto really win a series? Yes. Leafs fans will take what they can get. Toronto in four. 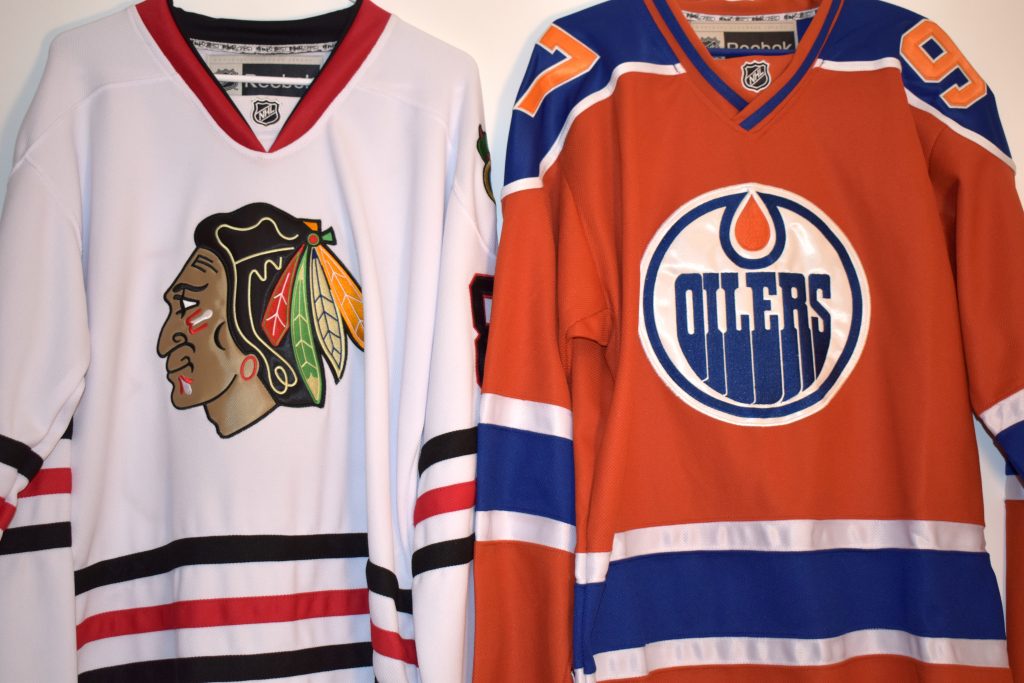 Oilers Outlook: This will be Connor McDavid’s second crack at the playoffs and the Oilers second postseason appearance in 14 years. Leon Draisaitl is an MVP finalist and an Art Ross Trophy winner after leading the league with 110 points. The Oilers had the best power play in the league and the second-best penalty kill. Secondary scoring has been problem, but Draisaitl and McDavid have plenty to power the Oilers into the next round. Something interesting to watch as Draisaitl lit up the Hawks for seven points in three games while McDavid was held scoreless in the two he played.

Blackhawks Outlook: Chicago has three recent Stanley Cup banners hanging in the United Center but not many players are still around from the good old days. Patrick Kane remains one of the most dangerous players in the league and Jonathan Toews has had a resurgence to form, but there’s not a whole lot surrounding them as Alex DeBrincat had just 18 goals this season after scoring 41 a year ago. Keep an eye on Calder finalist Dominik Kubalik, who netted 30 goals this year.

Prediction: Edmonton is the Western Conference host city and the Oilers are used to being somewhat near (four hours away from) the Canadian Rocky Mountains — which was an actual pitch from the city during its bid to host this tournament. More importantly, Chicago gives up the most shots on net in the league, which is too many, according to experts. Oilers in three. 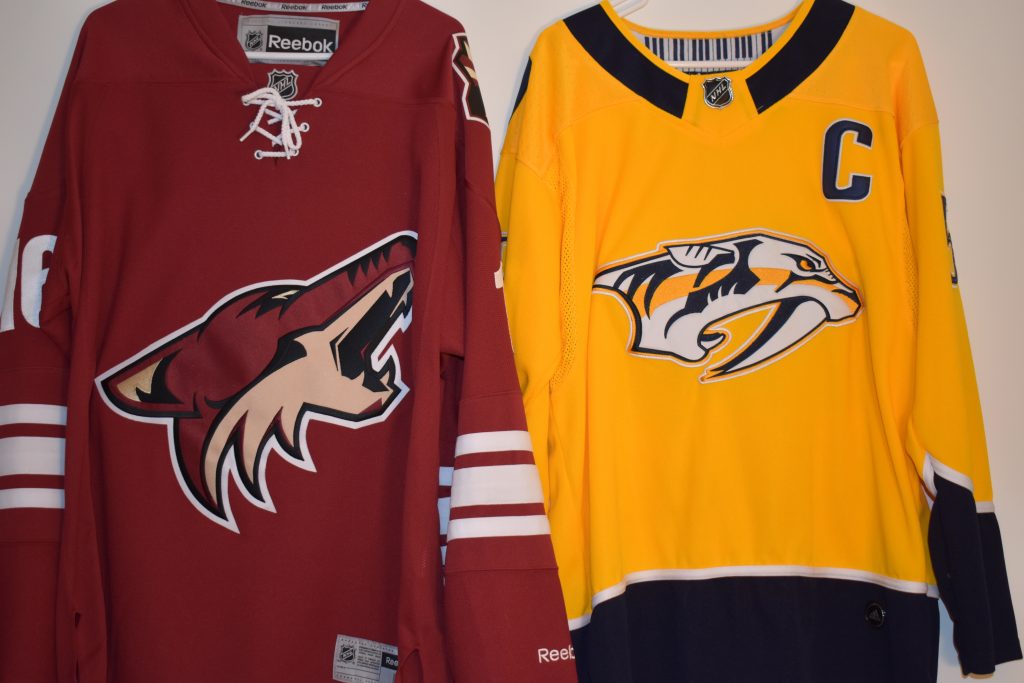 Predators Outlook: The Predators are a tough cookie to crack. An offense with Matt Duchene, Filip Forsberg and Ryan Johansen was outscored by defenseman Roman Josi by a whopping 17 points. That tells two stories. Josi is exactly that good and the Preds’ offense hasn’t lived up to expectations. More troubles are found in the crease as Pekka Rinne has historically been a ticking time bomb in the playoffs. Nashville fired coach Peter Laviolette earlier this year as the team struggled to make a move in the standings.

Coyotes Outlook: It was an interesting week for the desert dogs as General Manager John Chayka quit with multiple years still left on his deal. Aside from Taylor Hall, who arrived by trade just before the deadline, no Coyote registered more than 45 points. But don’t underestimate a hungry group as Arizona is in the playoffs for the first time since 2012. Former Flyer Rick Tocchet has also done a remarkable job as head coach and seems to get a lot out of his players. With a more talented roster, the Coyotes could be a surprise team.

Prediction: Nashville should probably win this series but the Coyotes would be the better story. Preds get cat-fished. Arizona in five. 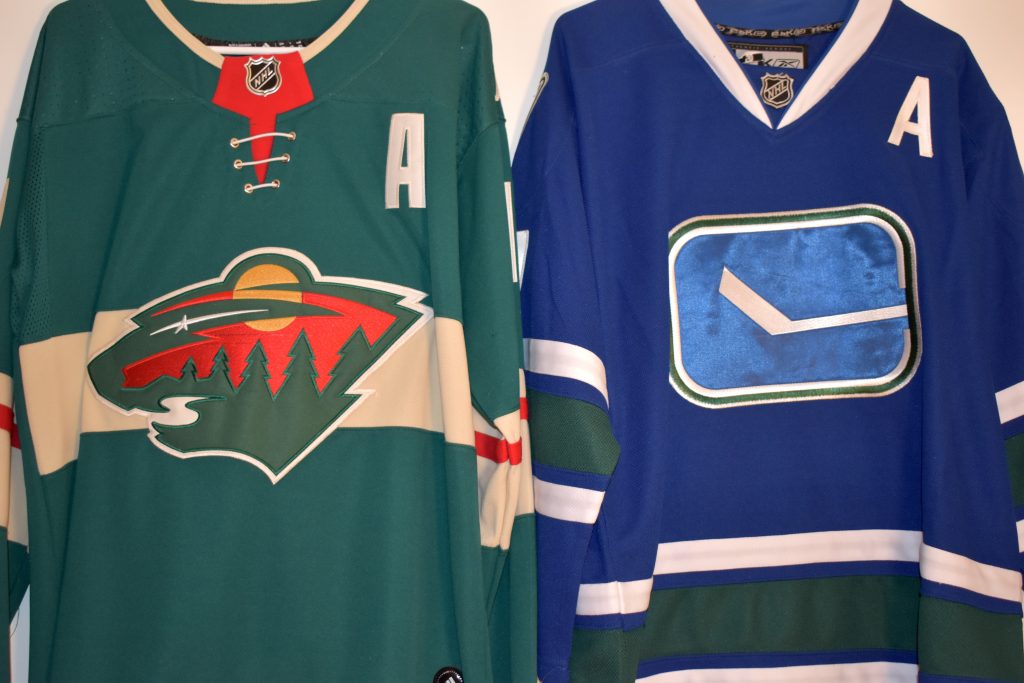 Canucks Outlook: Vancouver has more high-end talent with Elias Pettersson, Brock Boeser, Bo Horvat and rookie sensation Quinn Hughes. The Canucks also boasted the fourth-best powerplay in the league. A trade deadline  acquisition of Tyler Toffoli added some much needed secondary scoring at the Canucks are basically playing with house money as they weren’t expected to qualify for the post season this early in the rebuild.

Wild Outlook: Not many people had the Wild on their postseason ticket before the season started about 11 months ago and they likely wouldn’t have made the playoffs if things finished out properly. Despite needing a complete reboot, the Wild once again hung around in mediocrity, finishing sixth in the Central Division. Kevin Fiala had a breakout season with 54 points in 64 games, but if he continues to be Minnesota’s biggest scoring threat, the Wild are in trouble.

Prediction: It’s still the State of Hockey in Minnesota but it’s a sad state of hockey. Canucks in four. 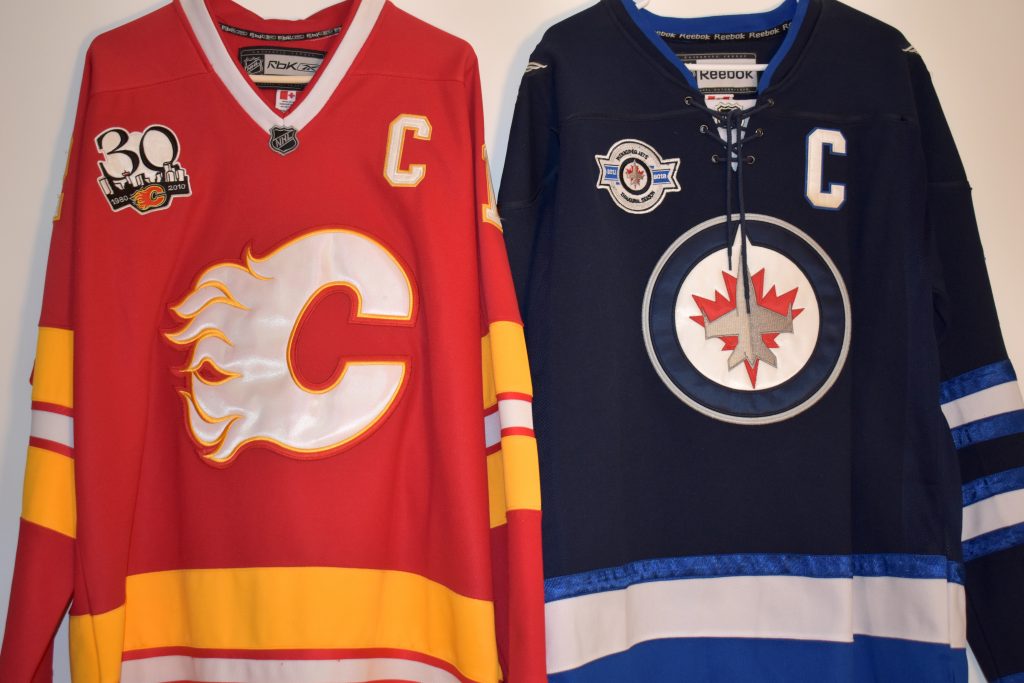 Flames Outlook: A six game losing streak in the regular season, immediately followed by points in nine straight say that this team has the capabilities of a long run or a first-round exit. For entertainment value, hockey fans might be hoping for a run so they get the full Matthew Tkachuk playoff experience, which could be really fun. The Flames own the edge in special teams and have a little more on the back end with defending Norris Trophy winner Mark Giordano. However, the loss of Travis Hamonic will hurt.

Jets Outlook: Now this is a team that could certainly win a series or two based on a hot goalie. Vezina finalist Connor Hellebuyck carried the Jets through most of their season as Winnipeg struggled to suit up capable bodies on its blue line. Winger Kyle Connor doesn’t get nearly the recognition he deserves after three straight 30-goal seasons. This year, he led the Jets with 38. Playmakers Mark Scheifele and Blake Wheeler are a nice tandem to fall back on during critical moments. Look out if a more well-rounded Patrik Laine (28 goals) regains his scoring touch and gets hot.

Prediction: The only time these teams met this season was in the Heritage Classic outdoor game in October in front of 33,518 fans. It’s a shame they can’t go back and play this series outside too as Winnipeg is usually nice this week of the year. Flames in five.

Lightning look ready for a 3-peat