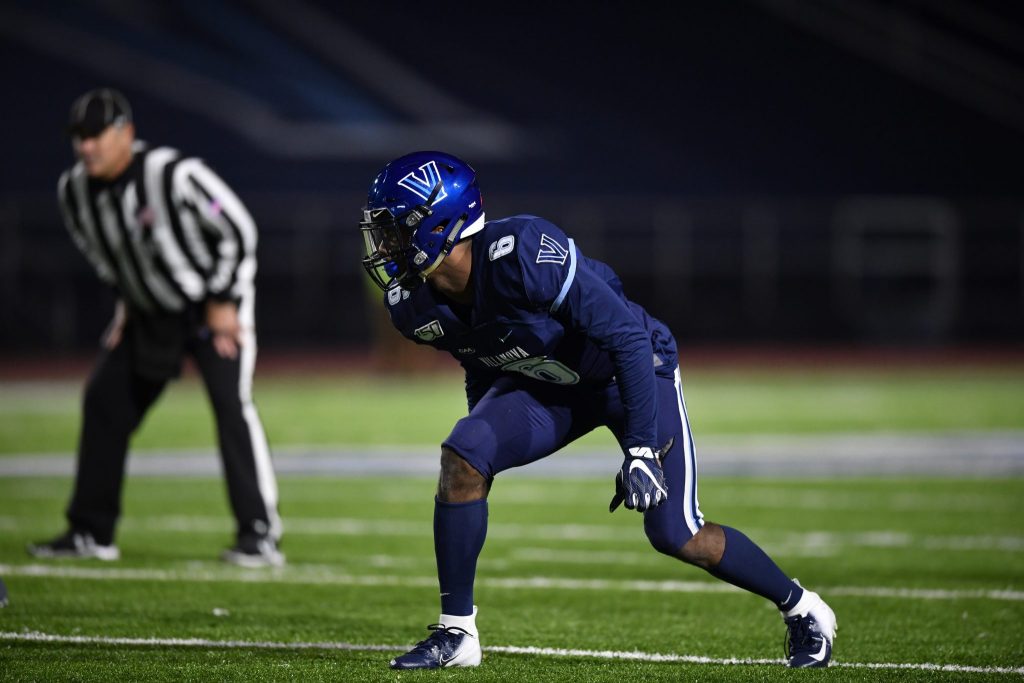 Every week it seems, there is another college football conference, from Division III to the FBS Power Five leagues, that have either canceled or shortened their seasons in reaction to the COVID-19 pandemic.

With over 142,000 American fatalities from the coronavirus to date, and with no real treatment or vaccine in sight, every aspect of life is uncertain.

The loss of life and empathy for those suffering from the effects of the virus are first and foremost on everyone’s minds. But there are those who have had their dreams put on hold. Like many high school and college athletes, Villanova cornerback Jaquan Amos is doing his best to deal with his situation.

Villanova has lost its three non-conference games, including the game against Power Five program Wake Forest.

“With me, there’s nothing I can control right now,” Amos said in a recent phone interview. “Everything is out of our control. All I can control is what I can control. And this is staying in shape and always being ready. I don’t know if we’re going to have a season. But I’m going to be ready.”

Amos stresses that players must still prepare for the season

Amos, now entering his senior season, has enjoyed a standout career at the Main Line university. He is looking forward to taking his game to another level this fall.

He talked about raising his game when the opposition is tougher. As a sophomore, he led a Wildcats defense that upset FBS Temple at Lincoln Financial Field.

“Definitely, the better the team, the better receiver I’m going up against,” Amos said. “I know I have a real task on my hands I have to dominate. I do that through film study, knowing that person as a player throughout the week.”

Amos said injuries were a factor that year and for the past few years. Villanova finished 5-6 overall in 2018 after jumping out to a 3-1 start.

In 2019, Amos led the Wildcats (9-4) with 50 tackles overall (40 solo), four interceptions, seven defended passes and a fumble recovery. Two of his interceptions were returned for touchdowns. His big-game instincts were on full display during Villanova’s heartbreaking 45-44 playoff loss to Southeastern Louisiana University. Amos recorded seven total tackles and a defended pass in that game.

Amos obviously has a nose for the football and loves contact.

Is it instinctive for him to head to the end zone after an interception? 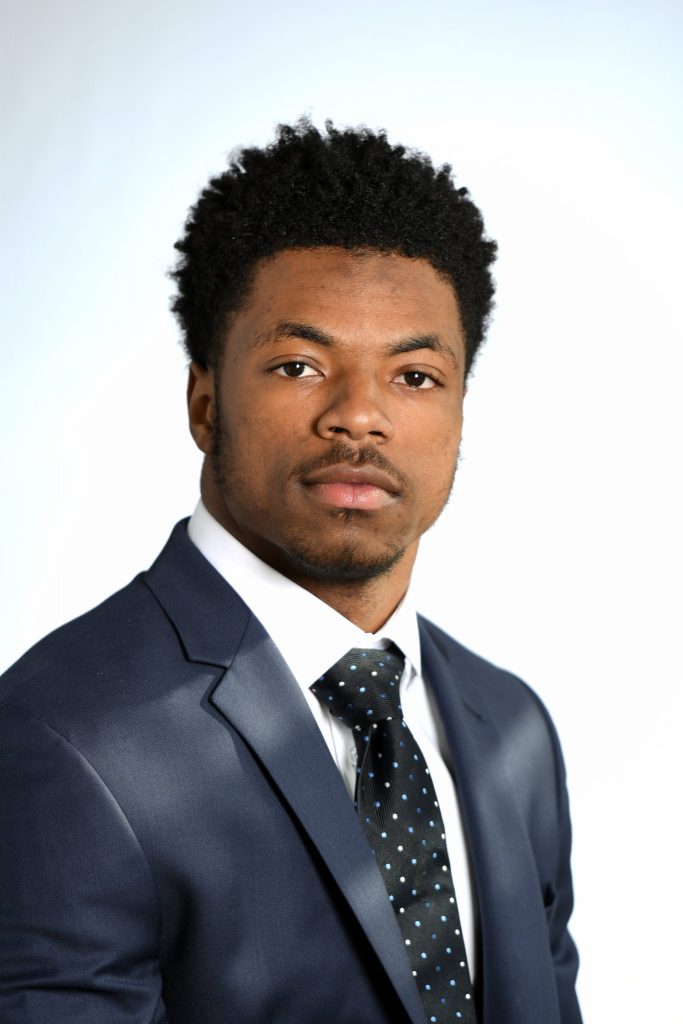 “That’s my instinct now, as soon as I get that rock, I’m trying to score,” Amos said. “It’s automatic. As soon as I see the ball in the air, and I know it’s mine, I’m thinking touchdown. I’m trying to get points.”

But there is always the temptation to think ahead, to make a move up-field before the ball is secured. It happens to receivers all the time as well as those looking to pick off passes.

“It’s happened to me before, actually,” Amos acknowledged. “I think it was my sophomore year, I was going to catch an interception against Lehigh, and I dropped it. I was ready to go. It would have been a pick-six.”

Missed opportunities like that play against Lehigh, Amos says, is what drives him to focus on his fundamentals.

Ask any defensive back, and you’ll hear the idea is to get the opposing quarterback to see ghosts. Amos said part of his craft is to make himself look like he’s not there, to get the quarterback to throw a pass he shouldn’t.

“Playing corner in zone coverage, that’s where you make your money at when it comes to being a ghost,” Amos said. “You have to anticipate routes and route concepts. When you watch film a lot, you know what’s coming. You’ve got a good anticipation. My coach (Ola Adams) always says, ‘No matter what, each game we got, we know, we know what’s coming.’ It’s up to the player to make the play. Our coach puts us in position to make plays.”

It all started at Northeast High School

Amos came out of grade school with a desire to play football at a high level. At first, he wanted to enroll at a private school, thinking it was the best road to success and a college scholarship. It wasn’t meant to be, and that turned out to be just fine with Amos and his family.

“A lot of my friends went to private schools,” Amos said. “I wanted to go to a private school, actually, but I couldn’t afford it. I enrolled in a private school but after the first couple payments, my dad was like, ‘We’re not going to be able to do this.’

Amos said college recruiters weren’t high on the Public League that much when he played for the Vikings. He recorded 16 career interceptions.

But when your resume lists you as a two-year team captain, a first team all-state (as a senior), two-time first team all-city, two-time All-Public League, team MVP and Northeast Times Athlete of the Year, programs like Villanova will find you.

“Coming from the Public League school, right now it’s a hotbed for recruiting,” Amos said. “We’ve got a lot of D-1 guys. When I was coming out, I was the only one going D-1. But a lot of public schools are getting noticed now. There’s a lot of talent in public schools.”

What about coming back? Amos has solid-enough credentials to get a look from the NFL. If the season is canceled, he would certainly be given the option to play in 2021.

Amos agrees that a lot of the problems that created restrictions that may result in a canceled or postponed season are self-inflicted. If people would just wear masks, social distance and wash their hands, it could make a big difference.

“Yeah, definitely,” he said. “Wearing a mask, that’s what we’ve got to do. Some people out here are arrogant about wearing a mask. They think they’re invincible.”

Amos on the racial-equality movement

How does he feel about the movement nationally for racial equality? What is the role of a college football player in all this?

“My role? Just doing what I can do in my community to be a leader,” Amos said. “Where I’m from, there’s not a lot of white people. But when I’m at school, the way we are in the locker room is how I want to see the world. We’re all together in the locker room.”

Amos said he believes most people have a good heart, they just need to listen to the problems African Americans face every day.

“Outside the locker room, it’s a little different,” Amos said. “What we can do with the movement is let people know what it is. We can educate people. That’s all we can really do … educate people on what it is. Some people don’t know the little things they do could be racist.”

The former Northeast High standout said it starts with just being a responsible, decent person.