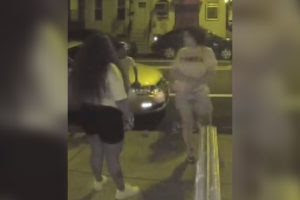 Police are looking for a group of people who broke into a home and assaulted the resident.

According to police, a group of at least six people broke into a home on the 1200 block of S. 22nd Street on August 24 at approximately 11 p.m.

A 34-year-old female was struck multiple times in the head and face, causing a laceration on her head and was treated at Methodist Hospital for her injuries, police said.

Anyone with information about this crime or these suspects is asked to contact the South Detective Division at 215-686-3013/3014.

(This article was edited to reflect a change of the date of the incident that was corrected by police.)