Emily Poland isn’t old enough to vote. But that isn’t going to stop her from being a positive factor come election time.

Poland, a 17-year-old senior at Julia Reynolds Masterman High School in Center City, has taken a national initiative to the local level. It’s called the Poll Hero Project and it aims to recruit students to work the polls on Election Day. Like Poland, you don’t have to be 18 to make a difference.

“I feel very happy and satisfied with the work that I’m doing,” said Poland, who lives in the Bustleton section of Northeast Philadelphia. “This is a way that I can make my voice heard since I’m only 17 and not able to vote. Everyone’s voice needs to be heard and this is my way of making sure people can express themselves and make the election a success. It’s something we can do to protect our democracy and make the world a better place.”

Poland said she saw a need locally after the primary vote earlier this year. Only about 2,500 of the needed 8,500 poll workers in Philadelphia signed on, which caused multiple polling locations to close due to being understaffed. About 640 of the city’s 830 polling locations closed for the primary election, according to Poland’s research.

Poland said a big factor is that many poll workers are usually senior citizens and they might be hesitant to work this year because of health issues surrounding COVID-19.

“That’s why it’s so crucial for my generation to step up,” she said. “Our team consists of almost entirely high school and college students.”

Poland caught on to the Poll Hero Project, which was started by students at Denver East High School and Princeton University and a University of Chicago Booth School of Business graduate. It uses social media to reach out to politically active high school and university students who might be interested in signing up to be poll workers.

“We’ve had signups in all 50 states and in Washington, D.C.,” Poland said. “It’s gotten pretty big.”

Locally, Philadelphia has been a hotspot for signups. Poland was joined by Northeast Philly residents and J.R. Masterman classmates Christina Tonnu and Irene Yarovoi with Poll Hero Project. 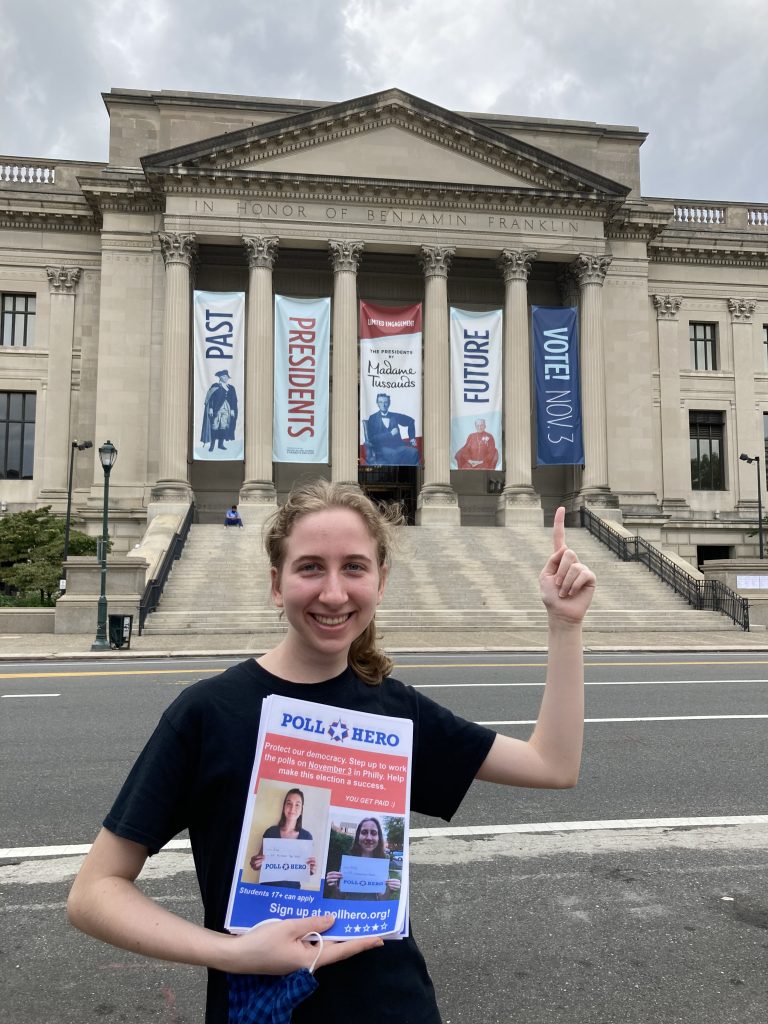 The Poll Hero Project is one of several programs targeting youth involvement for the general election. Philadelphia’s First Vote 2020 initiative started last week. It allows Gen-Zs to participate in this election cycle by conducting voter registration and engagement ahead of Pennsylvania’s Oct. 19 deadline. First Vote 2020 is a coordinated voter education and registration effort from the Mayor’s Office of Youth Engagement.

First Vote 2020 ambassadors will be able to direct individuals to QR codes on the back of their shirts that will not only guide users to Pennsylvania’s voter registration application, but also the application for a mail-in ballot.

“Young people will define the 2020 election, whether they’re of voting age or not,” said Jeanette Bavwidinsi,  director of the Mayor’s Office of Youth Engagement. “Gen-Z has this unique way of commanding the conversation and driving our collective attention towards the issues that they care about. They genuinely want better for their communities, our city and this nation — and they won’t stop until they see real change. Many of them know that change includes voting.”

Poland’s objective is to get people working the polls and she says there are plenty of reasons to take part. 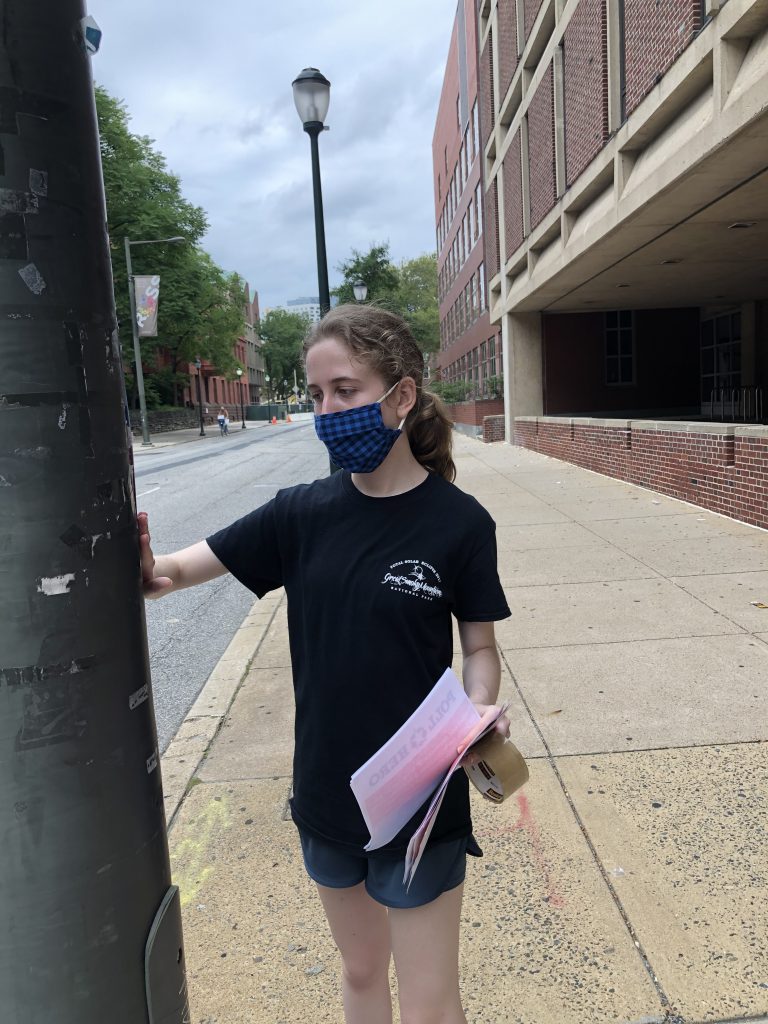 “For high school or college students, it looks great on a resume, too,” Poland said. “It’s an awesome way to get involved in democracy, especially for people like me who are new to this and want to get more involved. And you get paid, too, which is an honest plus to it.”

Poll workers in Philadelphia can make $200 for working a full day (6:15 a.m. until after the polls close) on Election Day and an additional $50 if they attend a training course beforehand.

Information on becoming a poll worker, polling locations and important deadlines can be found on the Office of Philadelphia City Commissioners website at www.philadelphiavotes.com. To learn more about the Poll Hero Project, visit www.pollhero.org.