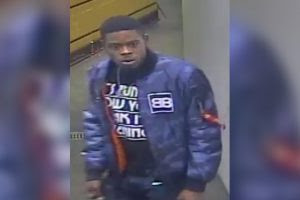 Police are looking for a suspect who attacked an employee and stole a cell phone from the Boost Mobile store at 2031 South Broad Street on Sept. 16 at  approximately 1:40 p.m., police said. The incident was captured on surveillance video.