Some team in the National Hockey League is going to be able to bring the Cherry Hill, New Jersey native on board as a middle-six forward and he will likely be given a chance to finish his career as a contributing factor on a good team.

But the narrative of Ryan, 33, returning to the Delaware Valley to play for his hometown team just doesn’t make a whole lot of sense, even for an organization trying to shake things up at bargain bin prices.

To quickly sum things up, Ryan burst onto the hockey scene as the second overall pick in the 2005 NHL Entry draft, taken one spot after Sidney Crosby. He played six seasons for the Ducks and played well there, accumulating four straight 30-goal seasons before being traded to the Ottawa Senators. After a couple of so-so seasons for the Sens, Ryan inked a seven-year extension worth just north of $50 million. After a 56-point season in the first year of the new contract, Ryan had trouble living up to the high expectations of his premium salary cap hit for the bulk of the agreement. He was bought out of the final two years of the deal last week, leaving him as an unrestricted free agent, free to sign with whomever offers him a deal.

There’s much more to his personal story, but that’s the hockey side of it, for now.

The Senators didn’t buy out Ryan because he stinks at hockey, as he still produces at roughly half a point per game. Nor did they choose to cut ties because of Ryan’s public struggles with alcohol, which he overcame this season, returned to the lineup, and scored a hat trick in his second game back. The storybook narrative helped earn Ryan the Bill Masterton Memorial Trophy for perseverance and dedication to hockey.

The reason the Senators bought out Ryan is because the franchise is in a heavy rebuild phase and would like to redistribute money and ice time in the direction of younger players. Ottawa, known as a cash-starved franchise, could surely reappropriate the approximate $4 million in savings toward other areas, especially in a time with very little revenue coming through the doors. A significant number of Senators’ staff members were laid off or furloughed in April, and $4 million in real money can go a long way in saving jobs. Also, the Senators are in no hurry to win. Through Friday, they had just three forwards signed for the 2020-21 season and they just announced they would not be re-signing goaltender Craig Anderson, who has the most wins in franchise history.

Ottawa incredibly has seven picks in the first two rounds of the 2020 Entry Draft, including three first-rounders, and it seems pretty clear the Sens won’t be ready to make a push until those picks and some other prospects mature.

So where will Ryan end up?

He was due $15 million for the last two years of his contract and he will see a little more than $11 million of it through signing bonuses and buyout money, so Ryan will likely not be looking for a big contract from a free-agent suitor. Something under $2 million probably gets it done.

Although the discount would fit nicely into the Flyers’ current salary puzzle, a move like this could be seen as a step backward for the franchise, even if it’s a short-term deal.

Rumors will always match Ryan with the Flyers because of the local connection, just like armchair general managers always seem to want South Jersey native Johnny Gaudreau to end up wearing orange and black. The only difference with that is Gaudreau still has strong ties to his hometown and can be found rooting on the Eagles at Lincoln Financial Field. Ryan’s relationship is more complicated.

Although he grew up in Camden County, Ryan’s family life took a drastic turn at age 10, when his father badly abused his mother and was charged with attempted murder in 1997. His father (formerly Bob Stevenson) changed his name to Shane Ryan, skipped bail and headed to Southern California. His wife Melody, along with young Bobby (formerly Robert Stevenson), drove across the country to join him, all living under new names.

After U.S. Marshals eventually caught up with Shane, he served prison time in New Jersey. Upon his release, the father actually worked at a gym owned by his longtime friend Bobby Clarke.

You can still connect some local dots, and Ryan would be a terrific second-chance story in Philadelphia, but probably not a smart one in the interest of improving the team and competing for a Stanley Cup.

At this point, the Flyers would be better suited with focusing on their own prospects and appropriating the ice time accordingly without bringing in a veteran winger for a third line wing position. The development of players like Joel Farabee, Morgan Frost and Oskar Lindblom depend on it, unless someone like Scott Laughton or James van Riemsdyk is on the way out, which is yet to be seen.

Ryan is a great story and still has something to give a team in the right situation. But it shouldn’t be here.

On Monday, the Flyers announced a two-year, $3.2 millions contract for 25-year-old defenseman Robert Hagg, which will carry an average cap hit of $1.6 million. Hagg made $1.15 each of the last two seasons.

The Flyers are now $6,235,273 under the cap with six spots to fill, including a backup goaltender, according to CapFriendly. Philippe Myers and Nolan Patrick are restricted free agents in need of new deals. Nate Thompson, Derek Grant, Tyler Pitlick, Justin Braun and Brian Elliott are set to become unrestricted free agents if they are not signed by Oct. 9. 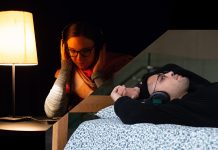 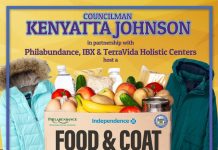