Once upon a time, the alto opera singer experienced a bit of stage fright in front of large groups of people. You wouldn’t know it by the way she passionately embodies her work and engages audiences, singing solos for Opera Philadelphia under the brightest lights.

If she does feel nervous, Chalker hides her butterflies well.

“Here’s my big secret — I still am,” Chalker said. “I think wanting people to enjoy something that you give, is always something that’s on your mind. In the last number of years, I started getting more comfortable with it, but I’ve always been a very nervous performer.”

Chalker now makes a living singing on the big stage, and sometimes in front of smaller gatherings. The 31-year-old South Philly resident comes from a small town, born and raised near Watertown, New York, just a few miles from Lake Ontario. After studying at the Westminster Choir College in Princeton, she began substituting for Opera Philadelphia. It didn’t take long for her to impress, as Chalker was added to the permanent roster a year later. She’s now been there for eight years.

“It’s actually the reason I moved to Philadelphia,” said Chalker, who lives with her husband near 2nd and Reed streets in Pennsport. “I had been doing my grad work in Princeton and was wondering if I should live in New York or Philadelphia. It was through the opportunity of the opera company in Philly that it was clear I needed to move here. I love it here. This is home now.”

And Chalker loves performing for Philadelphia residents. Those lucky enough to be at Dilworth Park near City Hall on Sept. 30 caught a live, socially distanced performance, featuring 16 of Opera Philadelphia’s finest singers. On Dec. 11, the performance known as LOVE in the Park will be available for unlimited on-demand viewing for season pass holders through May 31. The five-episode series is also available to rent for a seven-day period for $15. Visit operaphila.tv for details.

The experience of singing outside on the busy and noisy city streets was a big adjustment for Chalker and her colleagues. But the beautifully shot performance didn’t lose any luster through a fantastically produced video.

“I was sent a little clip of one of my arias that I sang at that concert and I’m pretty sure SEPTA is in the background and sirens and that’s just part of the experience,” Chalker said. “There were a lot of people just kind of walking through and stopping. It was kind of cool. It was an experience.”

Performers belted out old tunes like “Belle nuit” (Barcarolle) from Offenbach’s the Tales of Hoffman, “L’amour est un oiseau rebelle” (Habanera) from Bizet’s Carmen and “Libiamo ne’ lieti calici” (Libiamo) from Verdi’s La traviata. With a running theme of “love in all its forms,” the series includes songs from West Side Story, Camelot, A Little Night Music, The Music Man, My Fair Lady, Godspell and Waitress as well as arias from the operas Rigoletto, Don Giovanni, The Barber of Seville, Porgy & Bess and Der Rosenkavalier. The performances were under the direction of Chorus Master Elizabeth Braden and accompanied by pianist Grant Loehnig.

Chalker and her fellow performers have learned to sing beyond controlled environments as the group has occasionally performed the national anthem at Phillies games, among other outdoor adventures.

“I loved it,” Chalker said. “We’re so close to the stadium and my husband and I love to just drop in for baseball games when we can. I feel so fortunate to be able to sing there and watch the game afterwards.”

She also gets tons of practice at her side job, as she is a server at Victor Cafe at 13th and Dickinson streets. The staff is composed of opera singers who serenade guests enjoying dinner under the street lights.

“As of late, we’ve been singing a lot outside because we only serve outside,” Chalker said. “It’s definitely a different experience. There’s actually many Opera Philadelphia people who have worked there. It might almost be a rite of passage.”

It’s one shared by tenors Corey Don Bonar and Toffer Mihalka, who are also from South Philly and both also perform solos in LOVE in the Park. Bonar sings “Serenade” from The Student Prince while Mihalka sings “Maria” from West Side Story. Both are featured on the first episode.

“I was just smiling through (Bonar’s) entire performance,” Chalker said. “He gives his all and he’s just a delight and a beautiful singer. I love how he just goes for it.

“And Toffer is great. He lives really close to me. He’s the funniest guy and those tenors, they’re just so unabashedly who they are on stage and sing so well.”

Chalker’s appearance comes much later in the program with her performances of “Deh vieni non tardar” from the Marriage of Figaro before completing the final solo of the series with “I Could Have Danced All Night” from My Fair Lady.

“They made me wait until almost the very end,” Chalker said with a laugh. “And with my anxiety of performing, I couldn’t believe I had to wait, like, two hours.”

Chalker grew up with music, having performed in musicals in high school and was part of the school band. Her parents were both music teachers. But nothing quite prepared her for her first day with Opera Philadelphia among some of the greatest talents in the country.

“I was really excited and quite frankly honored to be there,” Chalker said. “Not only singing with them, but learning how they balance work life with their real lives. These are real people.”

With real lives and real bills to pay. The pandemic has certainly hurt opera as much as it has hindered other arts and theater. Chalker just pushes that much harder.

“I don’t think it’s a stretch to say that everyone has been struggling,” Chalker said. “I have adapted. I’ve been teaching voice lessons via Zoom or FaceTime. And I’m planning on doing some Christmas caroling (with the Village Carolers). It’s been a challenge but we’re making do.” 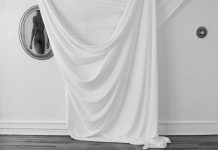