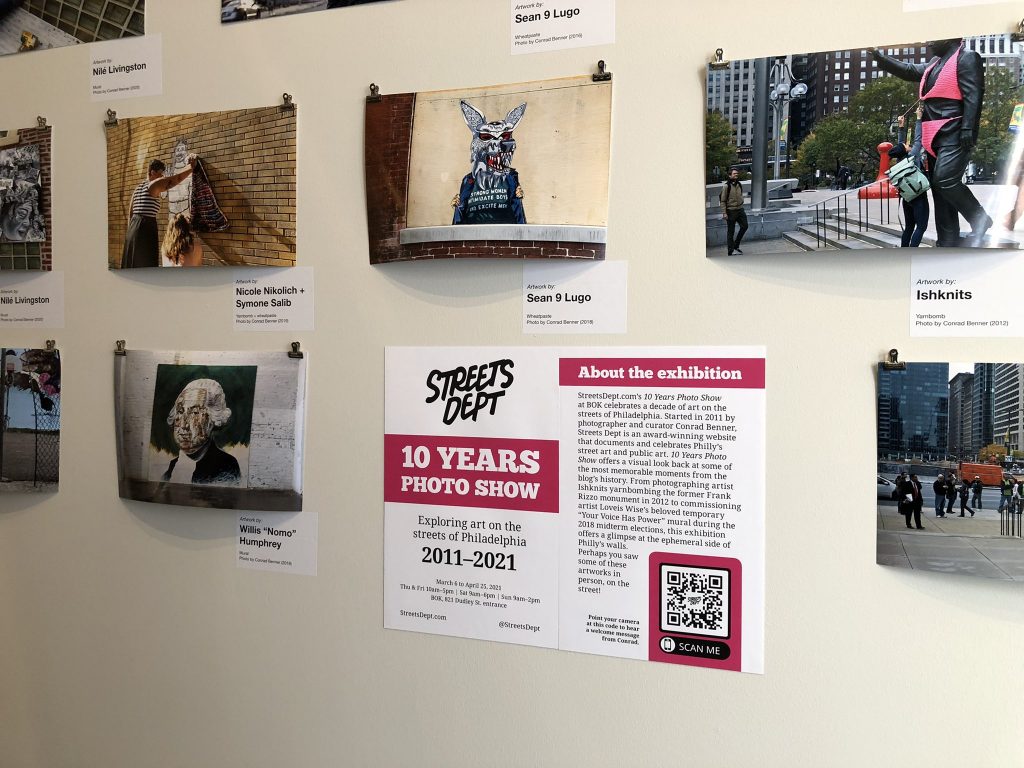 Ten years of photographing iconic images on Philadelphia streets has created quite the portfolio for Conrad Benner.

So when he needed to narrow down a decade’s worth of work and choose his favorites for a retrospective exhibition, the creator of the Streets Dept blog had to put in some extra hours to properly prepare.

“I spent about three weeks with one to two hours almost every night going through the 10 years of the blog and every post, pulling hundreds of photos that I thought might be relevant to the retrospective,” said Benner, a resident of Point Breeze. “Then I edited it down to some number that I could fit into the space and be affordable to print.”

That magic number was 68.

Benner’s 10 Years Photo Show is a culmination of photos that were taken around the city and posted on his popular blog. Each moment represents an important time or location in Philadelphia’s recent history. It began as a way to give more exposure to visuals at a time when words were doing most to the work.

“It was a bit of a fanboy blog,” Benner said with a laugh. “I was really interested in photography at the time. Ten years ago, most of the media outlets were moving to digital space and it was very much focused on the writing. But I loved the visuals so I wanted to create a photo blog and it slowly started to blow up.” 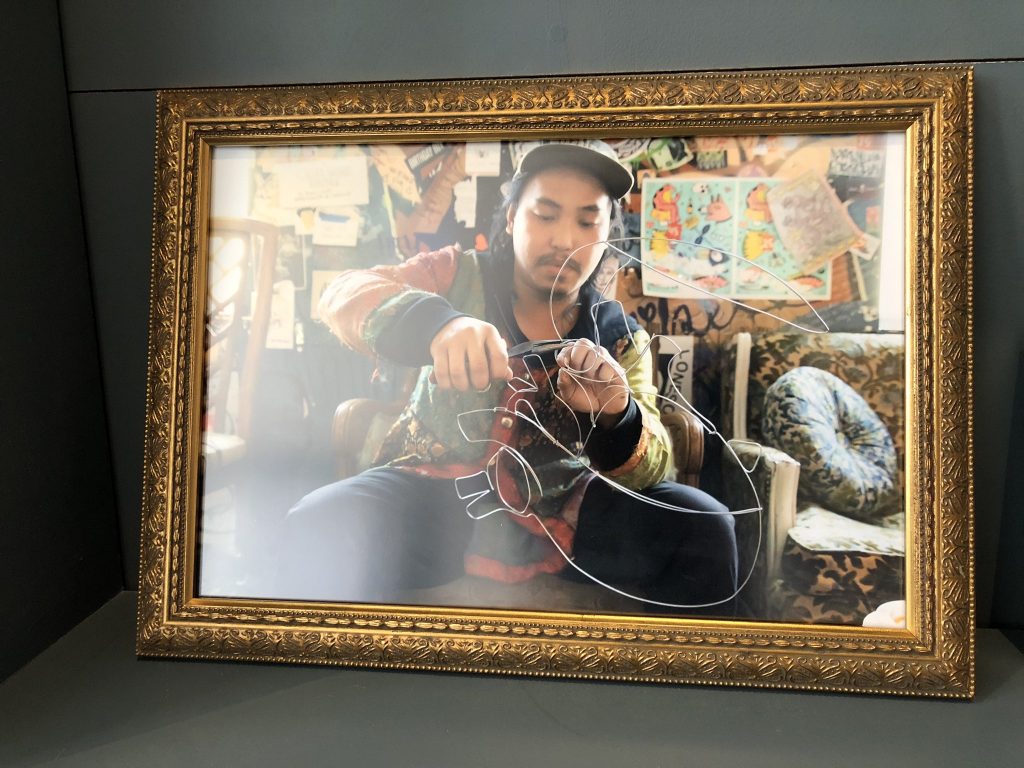 Benner makes note of Loveis Wise’s beloved temporary “Your Voice Has Power” mural, which was photographed during the 2018 midterm elections, as well as a moment he captured in 2012, which brought conversation to the controversial Frank Rizzo statue that stood in front of the Municipal Services Building in Center City until it was removed last year.

“In 2012 this yarnbomber named Ishknits yarnbombed a pink bikini on the Frank Rizzo statue, and she did it as sort of a statement about Rizzo’s sexism, homophobia and racism,” Benner said. “It only existed in the public space for a few seconds but those photos were picked up by many media outlets here in Philly and it created this conversation at the time about why the Frank Rizzo statue exists. It’s one of those moments when I was so happy to be there.”

Benner’s work will be on display at the Bok Building on Thursdays through Sundays with varying hours through April 25. Visitors should use the 821 Dudley St. entrance to access the exhibition. COVID safety guidelines are in place, and only a limited number of people will be allowed in the exhibit at a given time.

Benner showed his work five years ago at the Paradigm Gallery and Studio in Queen Village to culminate his first five years of the blog. Plans for the 10-year anniversary were originally larger, but Benner was happy to land the Bok Building, where he has used studio space for the last two years.

“I’m excited,” Benner said. “I think that this 10-year retrospective has integrated a bunch of this COVID time. It started out as a potentially bigger thing with a larger Philly arts institution with hired artists to create murals in an indoor public space. But budgets were rearranged, and parties got changed but I still wanted to celebrate this milestone in some sort of way.”

In a flash, the Bok Building turned out to be the right choice all along.

“When Bok approached me about using one of their workshop spaces, I thought it was a perfect place to do a photo exhibition,” Benner said. “It was like a lightbulb popping on above my head.”