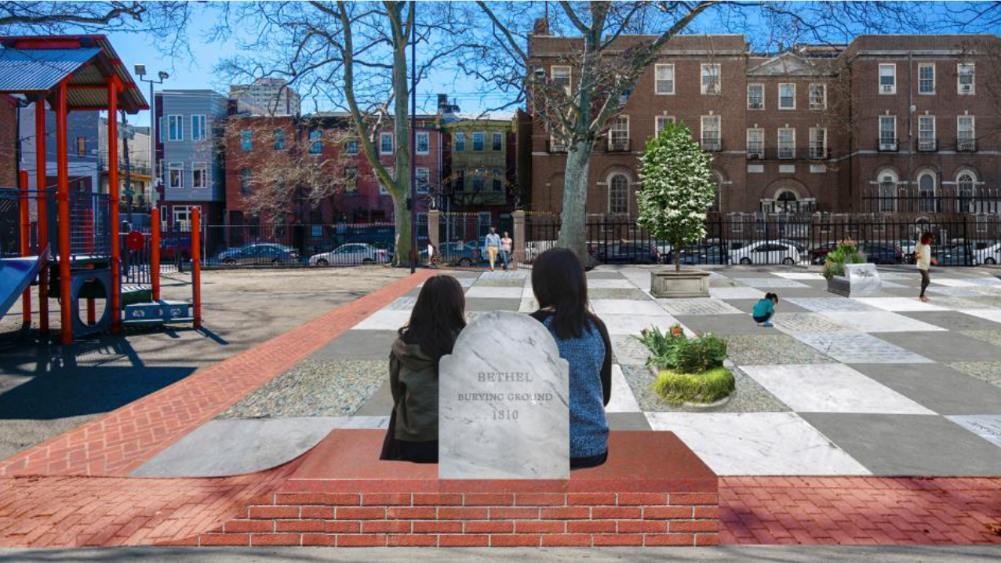 Weccacoe Playground can be considered its own hidden gem in the shadows of the beautiful rows of brick houses on Catharine Street in Queen Village.

Even more so, what lies beneath the recreation center, tennis court and playground is something truly sacred. The remains of more than 5,000 African American residents from the city’s Southwark District rest there in the Bethel Burying Ground, dating to the early 1800s. Mostly forgotten over the years, some individuals buried there were founding members and architects of the black suffrage movement and those who fought against oppression of African Americans.

Brought back to light by historians over the last decade, the park will be transformed to honor those interred there through a $1.15 million memorial project.

Karyn Olivier, associate professor at Temple University’s Tyler Art and Architecture, will lead the project after her proposal Her Luxuriant Soil was selected by the city last week, following a multi-year community engagement process. Olivier was chosen over 20 other applicants.

“I got a little teary-eyed,” Olivier admitted. “I worked so hard because I knew that there were a lot of people invested in this. A lot of people had strong opinions, rightly so, about how that space should serve and be used and be honored.”

Olivier is a Germantown resident who was born in Trinidad and Tobago. Although not from South Philly, she spent countless hours at the site to understand how the community would like to see the playground portrayed.

“I wanted to understand its energy, and understand its own ethos,” Olivier said. “It’s also so important to me personally as a black woman. To be responsible for a tiny bit of this history feels incredible.” 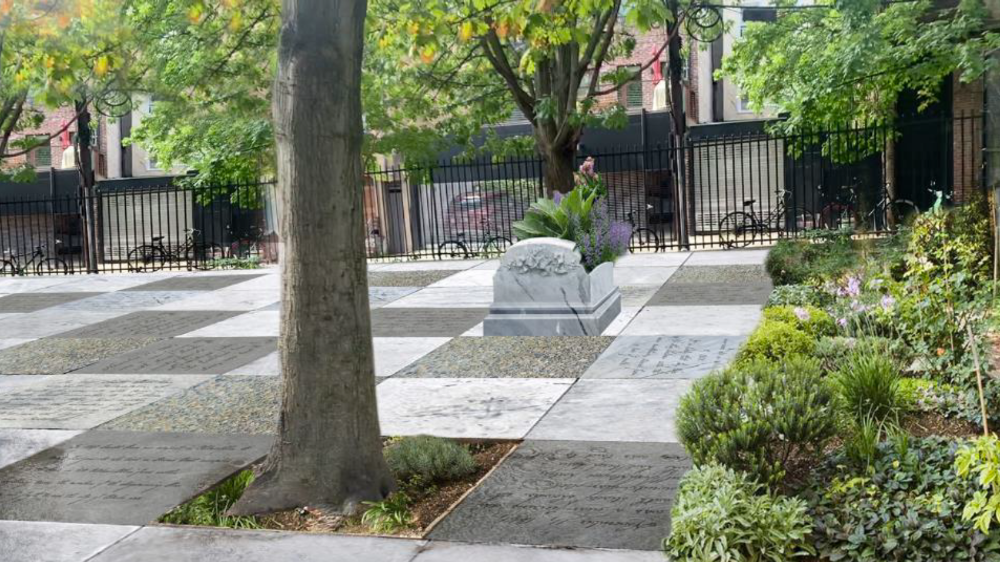 The Bethel Burying Ground was purchased in 1810 by the Trustees of Mother Bethel A.M.E. Church, and became an independent cemetery for African Americans shortly following a time when African Americans were denied the right of interment in graveyards overseen by white churches.

Burials at the site ceased during the Civil War, and Bethel was sold to the city in 1889 with the intentions of transforming it into a park, which was named Weccacoe Square and has remained a public space.

In 2010, a revitalizing effort of the playground and its facilities emerged and during the planning stages a few years later, historian Terry Buckalew brought the existence and history of Bethel Burying Ground to the attention of organizers. An archeological study followed, and plans were then altered to include and preserve the history of the park.

“The community has been involved in the development of this memorial since the existence of the Bethel Burying Ground was brought to light in 2010,” said Councilmember Mark Squilla. “I believe this memorial will add great value to the neighborhood where Philadelphians of all ages can visit, learn and benefit from the stories it will tell.”

Olivier’s design will remove the existing recreation center building by hand and the replacement of the existing tennis court. A 19th-century style entrance gate will be installed at the southern edge, and white granite concrete pavers with biographical inscriptions will cover much of where the cemetery was.

Several of the pavers will be treated with a special coating that allows the inscriptions to become visible only in humid or wet weather. Other pavers will remain blank, representing those who have not been identified.

“The commissioners found the memorial design by Karyn Olivier to be deep, beautiful, and complex,” said Alan Greenberger, chair of the Philadelphia Art Commission. “We are excited about the memorable experience the space will offer visitors.”

“Karyn’s proposal is not only a memorialization of our past, but it also communicates what we value as a city,” said Mayor Jim Kenney. “When they view Her Luxuriant Soil, the people who live in the Queen Village neighborhood and the visitors who come to see this memorial will understand that the City of Philadelphia truly values the diversity of our history and the contributions of African Americans.”

Work on the park is expected to begin soon after plans are finalized, and the hope is that it will be unveiled in the spring of 2022. 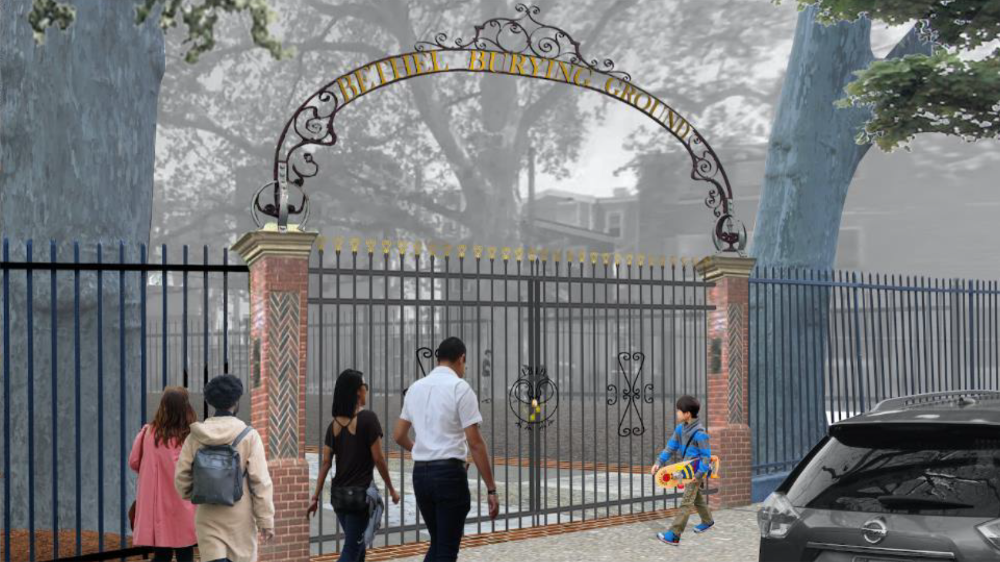 “The City thanks the many members of the community who advocated for the Bethel Burying Ground Memorial and participated in the community engagement process to select the winning design by Karyn Olivier,” said Managing Director Tumar Alexander. “Thanks to your input and dedication, this public art memorial will pay respect to those laid to rest at this historic site and the stories they represent.”

Olivier said she’s convinced that the park will be cared for by the residents in the area once the ribbon is cut and renovations are revealed.

“I chose materials that won’t need maintenance but it’s also a neighborhood that is invested into this playground,” Olivier said. “They will take care of it. I already see it when I visit there. It’s a loved park.”