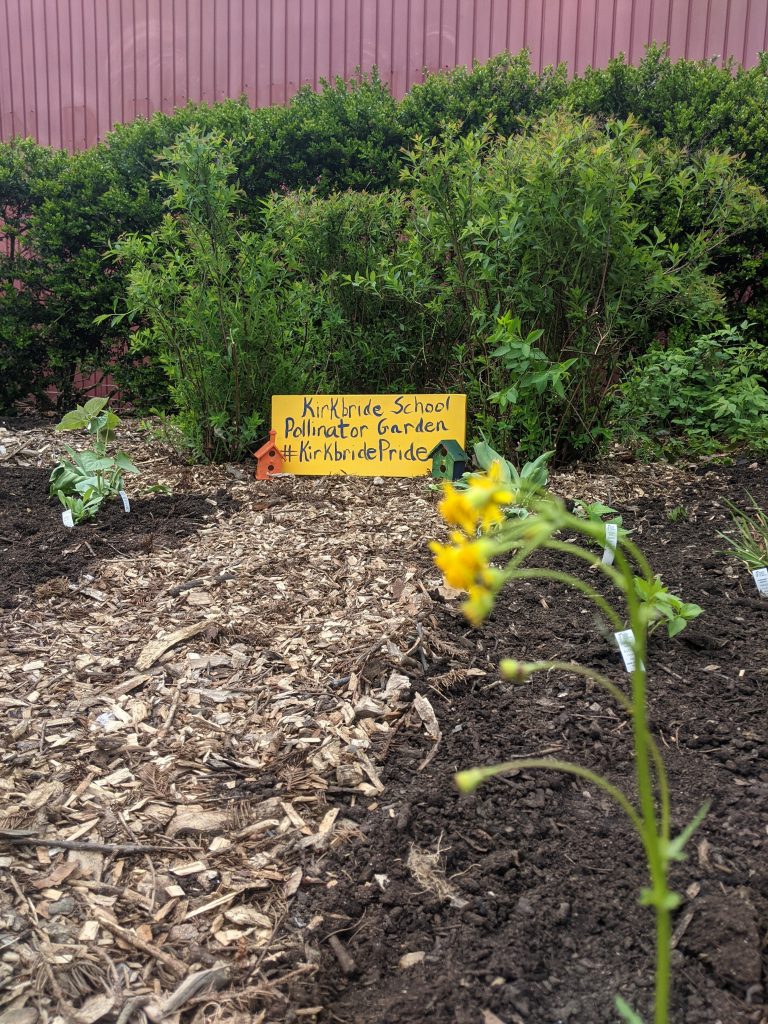 FDR Park has a new pollinator garden thanks to a community project by the Eliza B. Kirkbride School.

The finishing touches were made to the garden on April 17 near the site of the former golf course clubhouse in the park. It was the culmination of a partnership among FDR Park, the Home & School Association at Kirkbride, several students and volunteers, and Good Host Plants Nursery in Northeast Philly.

Plans began in early March, and the Kirkbride HSA gathered in the park a few weeks later to pull weeds, turn soil, mix compost and spread mulch in preparation for planting.

Plants were delivered to the park over the weekend and Kirkbride families went to work, planting the Philadelphia-area native species. The project took two days to complete, and children aged kindergarten and older helped complete the task.