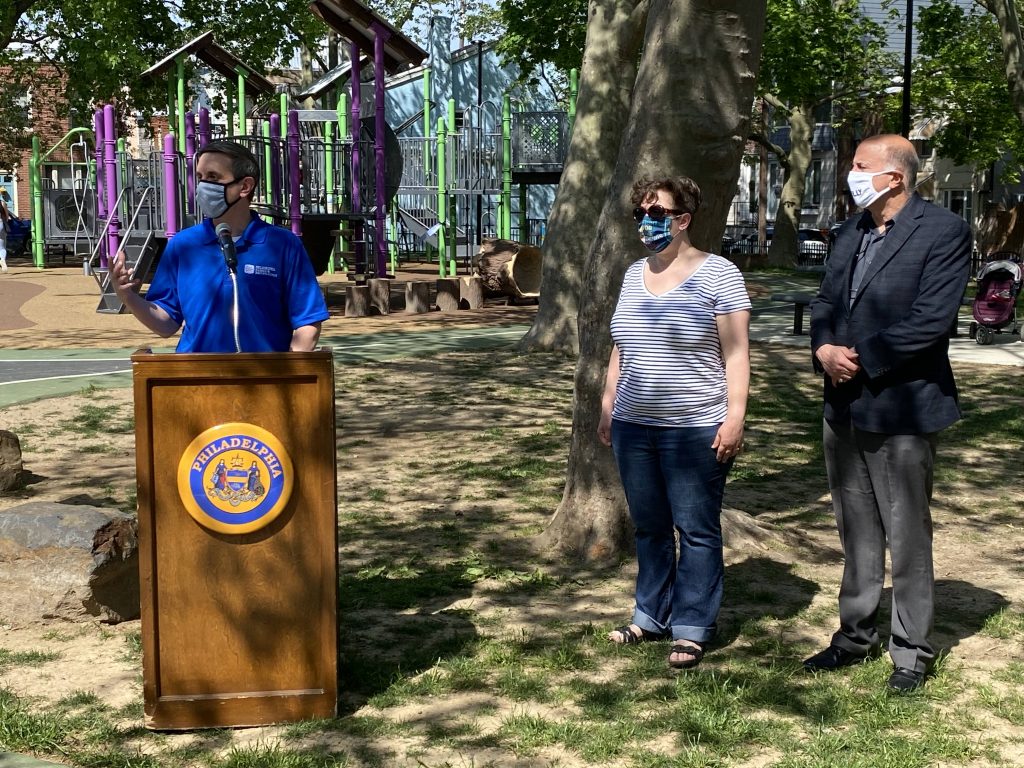 “This is just one of seven new playgrounds that Philly Parks & Rec have opened, really, over the past year and I think if there’s one thing that we’ve learned over the past year – and I’m a father of three – is the importance of play spaces for our kids,” said Parks & Rec First Deputy Commissioner Patrick Morgan at the event. “One of the safest things you could be doing right now is … being outside.”

The renovations to the park include new play equipment, safety surfacing and decorative borders. A basketball court that had previously been at the park was removed in favor of a larger grassy area.

“It was in terrible condition,” Friends of Gold Star Park member Regan Cooper said of the court. “You couldn’t use it as a basketball court really because the pavement was in such bad shape.”

Cooper said the community preferred the larger grassy area to the basketball court.

“The field is a lot more useful to us,” she told SPR. “There’s so many different kinds of activities that can take place on it.” 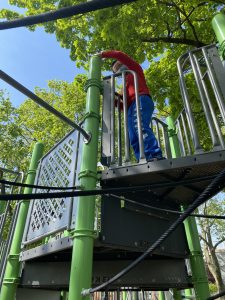 The restoration of the park cost $845,000 and was funded by Friends of Gold Star Park and Councilman Mark Squilla’s office.

“Before I was elected as councilperson, I was a community activist in the neighborhood and I really understood the benefits of … parks and playgrounds,” said Squilla. “We know that they attract not only small children, but they attract elderly people who can sit under a tree and read a book and parents who want to just sit and have a picnic. Gold Star Park is no exception to that.”

From 1906 to 1939, Gold Star Park was the site of the John Hay School before it was burned in a fire. A park was later built in its place and named Gold Star Park in honor of the gold star families who lost loved ones during World War II.

“There actually were the foundations of the old school that are still here,” said Cooper. “When they were doing some of the work, like putting in the electrical, they ran up against that and had to remediate.”

Cooper said that plans to renovate the park go back further than 12 years.

“As neighbors came and different Friends Of groups come together, the vision changed,” said Aparna Palantino, Parks & Rec’s deputy commissioner. “I think it changed over time and created something amazing – better than what was originally thought of.” 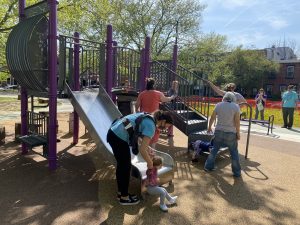 “The design process,” said Morgan, “to say it was a long one, I think, is an understatement.”

Cooper said her Friends Of group raised more than $30,000 to contribute to the renovations. She specifically thanked Pat’s King of Steaks, which was a “leading sponsor of moving this transformation forward.”

The park was closed from roughly February through November during the renovations, Cooper said.

“For urban communities, [parks] are one of the few spaces where you get some greenery and air and you can congregate with your neighbors,” said Cooper. “It’s sort of like a communal backyard.”