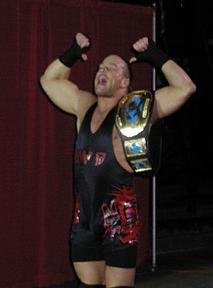 Rob Van Dam was born in Michigan and he lives on the West Coast, but make no mistake about it, he’s a Philly guy.

Van Dam, a 2021 inductee into the WWE Hall of Fame and longtime professional wrestling star, became a household name when he was wrestling in Extreme Championship Wrestling, a promotion that was based out of South Philadelphia.

And on Sunday, RVD is returning to his other home.

“I’ve got so many good memories from having so much fun back in the late ’90s there and it’s always cool to visit, feel that energy,” Van Dam said. “The city has a certain energy. I feel it in the people, I look forward to going to Tony Luke’s and even though I wasn’t born here, it’s kind of a home because I walk around everyone knows me they think I lived there. A lot did of ECW wrestlers did, so they didn’t know I was flying in from the other coast, I appreciate that. It’s like an accepting feeling. NYC does it to me as well. In Philly, I’d be walking down the street, a garbage truck will go by and they’ll yell RVD!”

Fans will be doing more than just yelling RVD on Sunday at a Night with Rob Van Dam. The night includes a photo or autograph, a viewing of his new WWE Network documentary, a standup comedy show on stage and a Q and A. And the best part? It all takes place at the 2300 Arena, at 2300 Swanson Street, which was formerly the ECW Arena. He also said the ECW TV championship, which he held for years and made one of the most-talked about championships in wrestling during that time, might be in the house.

When Van Dam arrived in ECW, he was a bad guy, but it didn’t take long for him to become the biggest star in the company. It’s safe to say on Sunday, he’ll be treated like a hero. He also owes Philadelphia for helping him create the pose where he used his thumbs to point to himself, which is now a taunt you’ll see during every NFL and NBA game.

“At first when I came in, I was wrestling Sabu, he was their god,” Van Dam said. “They didn’t have a problem booing me at first. That’s how I came up with the thumb gestures, I was mocking them, I would do a spinning leg drop and they would be cheering for Sabu and I would say ‘don’t you mean RVD?’ I didn’t know I was doing something original, and that it would take off. In the moment I’m doing it for the fans.”

Since ECW folded, Van Dam has starred all over the world in wrestling.

He was one of the most popular guys in World Wrestling Entertainment and went on to win the heavyweight championship. He’s also been a successful stand-up comedian, been a leading man in movies and starred and helped produce a documentary “Headstrong,” which was slated to be a feature on his standup career, but instead became much more informative.

“I’m extremely proud of it,” Van Dam said of the film that is available for download on Amazon. “It’s a documentary that started out one thing and ends up being about something else. For this particular case, I filmed a road trip tour doing standup comedy on stage. But I had a concussion that was causing problems, mostly double vision. The symptoms weren’t going away and became a bigger and bigger concern.

“It took over the movie, I share the whole experience with anyone who cares to watch it. Very proud of the way it turned out. I think it’s good and was very instrumental in every step of putting that together. Myself and one person, Joe Clark, and together frame by frame, we went over it so many times. A lot of hard work. Started in 2016 and didn’t finish until 2019.”

The show took viewers through a concussion Van Dam got in a wrestling match. It wasn’t a tremendous blow that caused the woes, and if you watched him through his career, you see he had no problem with taking a chair to the head or diving into the crowd to hit his opponent.

But concussions are a crazy thing. Even doctors don’t have a great handle on how to treat them.

Van Dam is doing his part to help figure things out, and it’s why he started RVD CBD, which offers a line of products that help people deal with injuries, including concussions.

“The inspiration behind RVD CBD is I got tired of losing a lot of my peers to suicide to drug overdoes,” said Van Dam, who will have products available on Sunday in Philly. “As a longtime marijuana activist, I knew cannabis could have some answers to neuroprotectants. As science moves forward and more and more information becomes available, I wanted to be part of that and figure out what we can do. I experiment, tweak it, make it perfect before I market it. I tried stem cell, oxygen therapy, many things. CBD is one of them. It might not be one answer, but the whole area of healing the brain when it comes to concussions.

“Some people will ask me, ‘Did you ever think weed would be legal?’ I knew it would or I wouldn’t have been pushing it. I knew common sense and morality had to win over profit and big pharma. I’m here now to say if you didn’t realize it now, hop on board. It’s part of the future.”

Van Dam estimates on his website he had over 500 concussions, and if you watched him in ECW, it’s pretty easy to believe. Now it sounds archaic, but like the NFL, pro wrestling didn’t know the extent of the dangers of the head injuries until recently.

Now these things are taken seriously. Van Dam has been planning ahead and believes CBD can be a great asset.

“In Headstrong, I had lasting side effect concussion from a match,” he said. “It wasn’t a really strong blow to the head, one of hundreds of times I had my bell rung, but I had double vision. I went to therapy. Saw a bunch of different doctors. The neurologist couldn’t tell me anything. Everything was new and vague. I asked if I’ll be OK, the doctor said, ‘I think so.’ ‘So how long will it take? A week? Five years?’ They didn’t know. I was just part of the experiment.

“When we get something that’s helpful in this area, if it’s CBG, CBD, THC combination, with some other things, when we get other things that can help, it’s not just going to help with CTE and concussion damage. Alzheimer’s, dementia, depression. I’m doing this because I want to see it improve and help people.”

It’s hard to see things in RVD’s life improving much, although he’s always working on it.

He feels great, he’s a hall of famer, this year he’s being honored by the Cauliflower Alley for his contributions to wrestling, and he’s found his soulmate in professional wrestler Katie Forbes, who has been with him for the last few years.

“I’m very thankful for her,” Van Dam said. “She’s so awesome, best relationship. There’s a lot of really good things and good energy that 2021 brought with it. It reflects off of me, I’m happy. I’m happy that I’ve ever been. Fifty years studying what I want and what I don’t want, working toward that. And I have someone like Katie to share every day with, we are best friends and we don’t argue. If drama comes, we chase it right out. It’s amazing to share that with someone. We love life.”

The next thing he’s looking forward to is coming to Philly.

A quick glance through Van Dam’s social media pages, and you’ll see he always has time for his fans, which he has many of. Just as he does in all aspects of life, Van Dam wants to spread good energy. He’s learned from others, too.

“Two stories that really stand out, one was when I was in ECW, maybe 1997 and a friend of mine was there,” Van Dam said. “When I talked to him, he said just talked to Chris Jericho, and I was so impressed that Chris took the time to talk to him for 10 minutes. ‘Man, he was so cool, he knows my name. Now he’s my favorite wrestler. And I was like, ‘Hey, what do you mean, he’s my favorite?’ It made me want people to say that.

“Another time, we were in Cobo Hall, and I saw the Rock and he was talking to a janitor. They were talking like they were equals. Like the janitor was a superstar. I want to do that. I want to put off the same energy they put out. I’m always working, I want to exude positive energy. That’s what I like, I want people to say I’m positive and genuine.”

Fans will see that on Sunday.

“It’s looking like a cool event, and I’m looking forward to meeting all the fans,” he said. “I’m going to sneak the ECW TV Title in, they’ve seen me defend it, I had some of my best matches in this building. I look forward to getting back there.”

For tickets to the event, visit https://signedbysuperstars.com/products/rvd2300. Tickets will also be available at the door.

For more on his CBD line of products, visit https://www.rvdcbd.com. 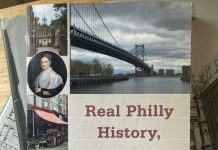