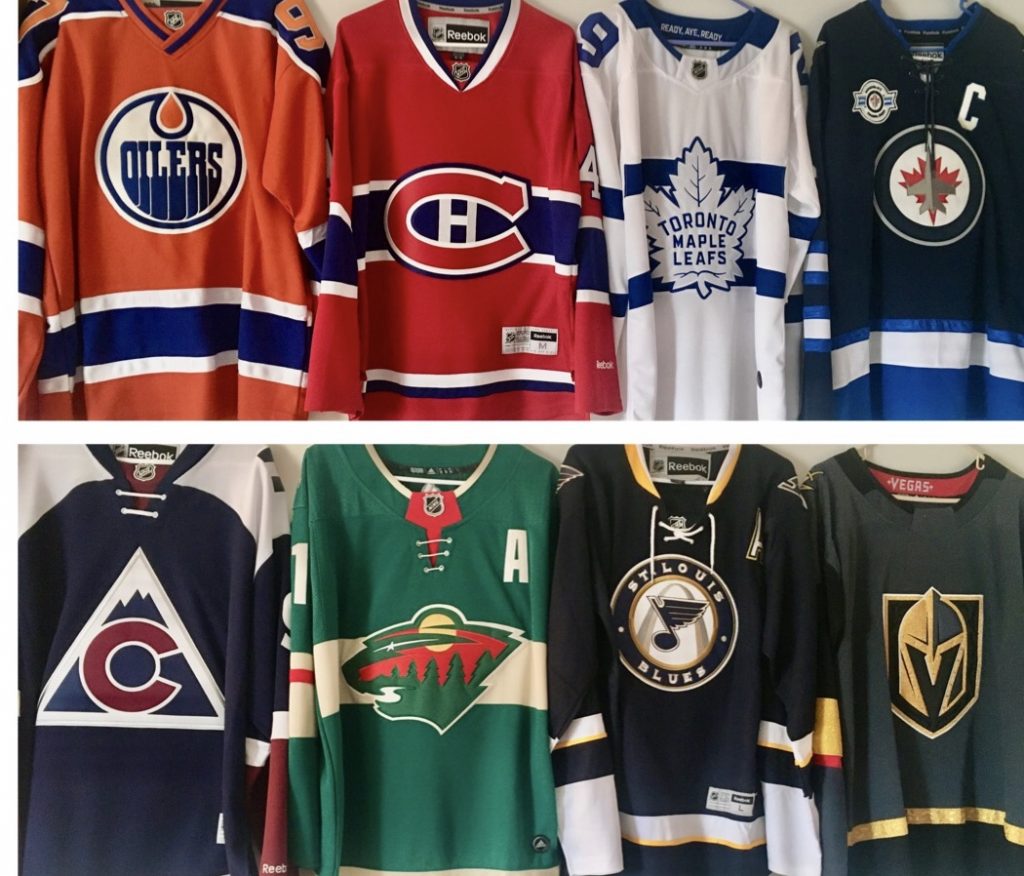 It’s part two. The Flyers are done, but there is some great hockey still ahead. Why watch? We give you several reasons to pick a favorite and root on the remaining 16 teams.

This week, we take a look at half of the teams in the 2021 NHL Playoffs with the North and West divisions. You can find a link to last week’s article featuring the East and South Divisions here.

Entertainment level: 10. You have the last two scoring champions in Connor McDavid and Leon Draisaitl here. You’ve been deprived of seeing McDavid’s historic 105 points in 56 games in the regular season. Make up for it in the playoffs.

First-Round Matchup: Winnipeg. The Oilers have never played this version of the Jets in the postseason. These two are hoping to end Canada’s 28-year championship drought.

Philly Flavor: Head coach and former Jack Adams winner Dave Tippett played his final NHL games as a member of the Flyers in 1994.

Feel Good Story: McDavid is hands-down the best player in the league and deserves a Stanley Cup. It’d be great to see him get one in his prime.

Entertainment level: 6. Despite scoring problems, Flyers fans saw last year that the Habs are a spunky team. They love the underdog role, as they pulled off a play-in round upset over Pittsburgh last year as a 12 seed before giving the Flyers a tough run.

First-Round Matchup: Toronto. Canada’s two largest cities facing each other in an elimination series? Sign me up.

Breakout Player: Cole Caufield. The Flyers could have drafted him in 2019 but passed on the 5-foot-7 forward. It will hurt to see this guy bust out as a premier goal scorer in Montreal.

Philly Flavor: The Flyers traded failed project Erik Gustafsson to the Canadiens at the deadline. He hasn’t done much there yet, either. On a lighter note, third-string goalie Caden Primeau (son of Keith Primeau) is a Bishop Eustace (New Jersey) grad.

First-Round Matchup: Montreal. They’ve met 15 times in the playoffs before but not since 1979. Joe Thornton was born a few months later.

Breakout Player: Jack Campbell is seizing his opportunity in the crease with a .921 save percentage and a 2.15 goals against average.

Philly Flavor: We miss him here, but Wayne Simmonds has become a valuable player for the Leafs, supplying some much-needed sandpaper.

Feel Good Story: Thornton is the obvious one. Jason Spezza is another grizzled vet worth rooting for.

Entertainment level: 8. Patrik Laine is gone but the Jets still have a lot of firepower.

Breakout Player: Another Connor. It’s time the rest of the league finds out how good Kyle Connor is. After three straight 30-plus-goal seasons, Connor potted 26 in 56 games this year.

Philly Flavor: Can’t find one, which isn’t surprising since you apparently need to go to a Denny’s to find a Philly cheesesteak in that town.

Feel Good Story: The city of Winnipeg is the only postseason qualifying city that has never seen a Stanley Cup final game. The fans deserve it.

Entertainment level: 10. The line of Nathan Mackinnon, Gabriel Landeskog and Mikko Rantanen is as exciting as it gets — unless you have to defend them.

First-Round Matchup: St. Louis. The Avalanche have faced the Blues only once in the postseason, defeating them in the 2001 Western Conference semifinal en route to the franchise’s second Stanley Cup.

Philly Flavor: Pierre-Edouard Bellemare is a steady fourth-line center and a good penalty-killer.

Entertainment level: 8. Usually the Wild rank near the bottom in this category but they’ve turned a corner this year with an exciting offense.

First-Round Matchup: Vegas. The Wild went 5-1-2 against Vegas in the regular season, dealing more damage to the Golden Knights than any other opponent.

Breakout Player: Kirill Kaprisov is no secret any longer as he should win the Calder Trophy as the league’s best rookie. Joel Eriksson Ek (19 goals) doesn’t get enough credit for how good defensively he is.

Philly Flavor: Ryan Hartman, who came to Philly in the Wayne Simmonds trade, is having a good season in Minny as a depth player. Goalie Cam Talbot, who played four games here in 2019, has become the starting goalie for the Wild.

Feel Good Story: The State of Hockey has never experienced the state of bliss that comes with winning a Stanley Cup. Even worse, Minnesota fans had to watch their North Stars depart for Dallas in 1993 and see them win a championship in 1999.

Entertainment level: 7. The Blues have some firepower if everyone is healthy but mostly win games by playing good defense.

Breakout Player: Jordan Kyrou has cooled off a bit after a hot start. He could be revamped for his first playoff appearance.

Philly Flavor: Brayden Schenn and coach Craig Berube have already won a Stanley Cup in St. Louis. They’ll give it another shot as underdogs.

Feel Good Story: We’d get to hear “Gloria” again – a tradition that originated from a visit to a South Philly bar in 2019.

Entertainment level: 9. It’s amazing to think the Golden Knights have added Max Pacioretty, Mark Stone and Alex Pietrangelo since they appeared in the Cup final three years ago.

First-Round Matchup: Minnesota. Vegas-Minnesota regular season games were among the most entertaining in the league.

Breakout Player: Defenseman Shea Theodore is establishing himself as a top-tier elite defenseman.

Philly Flavor: Had to dig deep but former Flyer Ryan McGill is an assistant coach for the Golden Knights.

Feel Good Story: Vegas would love to win a championship before it is unseated as the newest team in the league, as the Seattle Kraken become the 32nd franchise in the fall.