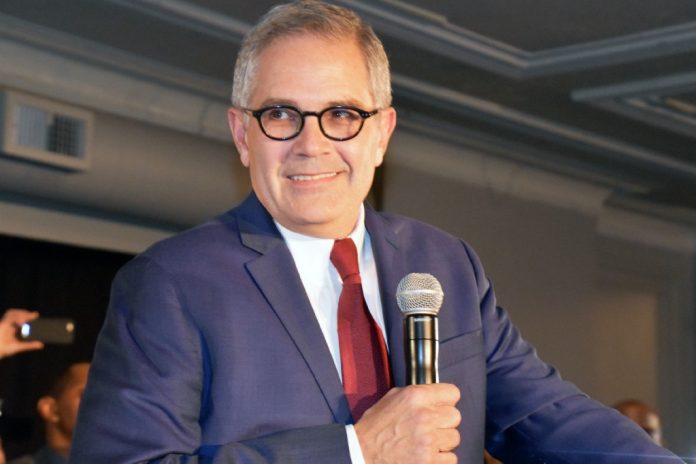 Five of South Philadelphia’s seven voting wards voted overwhelmingly in favor of Larry Krasner in Tuesday’s Democratic primary for district attorney, as the incumbent DA cruised to victory in a not-particularly-close race against challenger Carlos Vega. Krasner overcame significant enthusiasm for Vega both in South Philly and in the city as a whole, particularly in white communities, which, in the end, proved to be a very vocal minority.

Reclaim Philadelphia, which endorsed Krasner, touted the victory of the incumbent district attorney and rejection of the Fraternal Order of Police, the city’s police union.

“We rejected the corrupt politicians, judges and the Fraternal Order of Police who only offer more police and more prisons — instead of real solutions — to our communities,” said Reclaim’s political director, Amanda McIllmurray. “We know that reimagining community safety takes time, but what we’ve shown tonight is that when working Philadelphians come together, we all win.”

On social media, Krasner called the election “a mandate from all over the city. From every type of Philadelphian.”

“Now we have 4.5 more years to bring about deep, systemic change,” he added.

Vega thanked his supporters on Twitter, “and most especially the victims of crime who bravely stood up when the establishment, the celebrities and the media decided they wouldn’t listen.”

Throughout the campaign, Vega had the backing of the FOP and heavily criticized Krasner for what he thought was his role in the city’s rise in homicide rates. The evidence cast significant doubt on that argument, however, since the rising homicide rate has been a national trend in major U.S. cities; it was not unique to Philadelphia.

Citywide, Krasner defeated Vega by a 66.4 to 33.5 margin. Krasner will face Republican challenger Chuck Peruto in the November general election.