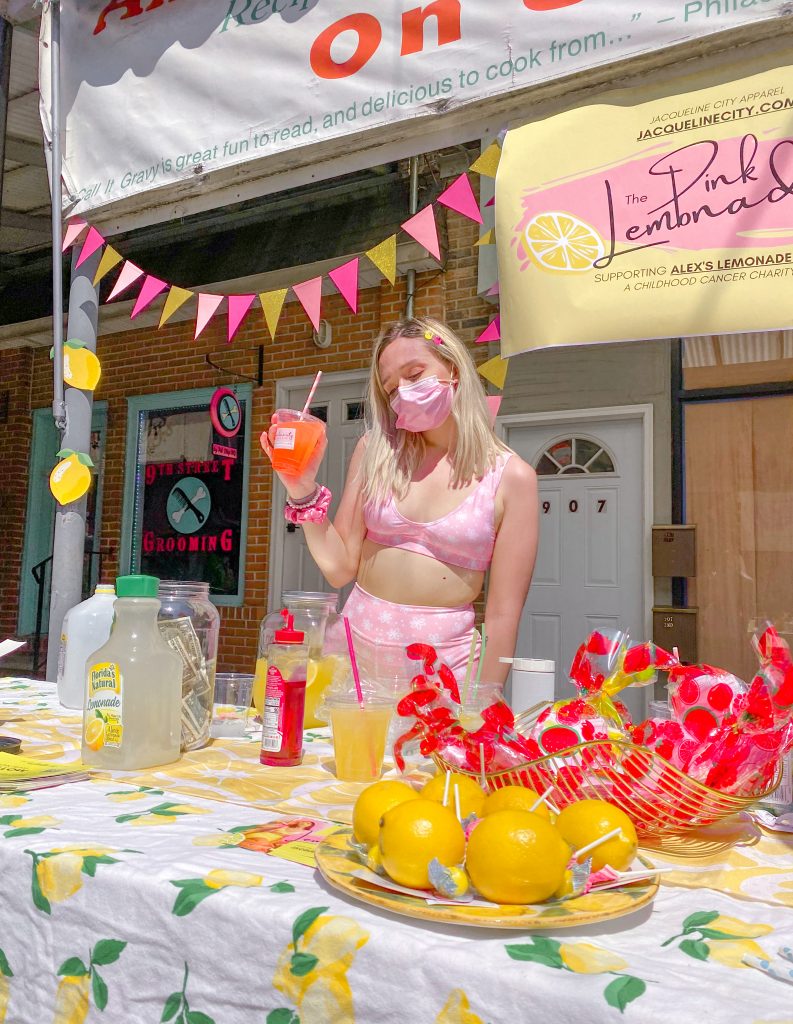 South Philly fashion designer Jacqueline City and her team raised more than $500 for Alex’s Lemonade Stand through a combination of online and in-person fundraising. Jacqueline’s “Pink Lemonade” Stand was held on June 5 in the Italian Market where she gave out free lemonade – and pink lemonade – in honor of her new collection “Pink Lemonade”. The JCA team divided into “Team Pink” or “Team Yellow” to compete with each other to see who could raise the most money for Alex’s Lemonade Stand. Visitors were encouraged to pick a team by choosing either pink lemonade or regular lemonade, choosing either a pink or yellow goodie bag, and donating to either the “Team Yellow” or the “Team Pink” donation jar.

City donated funds to children with glioblastoma as she lost one of her closest friends last year to that type of cancer. All proceeds of the event as well as 20 percent of City’s magazine sales and all proceeds from JCA’s “Lemonade water bottle” will go to Alex’s. Each time a customer picks a team by using either code YELLOW or code PINK at checkout, they will save themselves 20 percent and Jacqueline City Apparel will donate $1 to their Alex’s Lemonade fundraiser. (Contributed Photo).