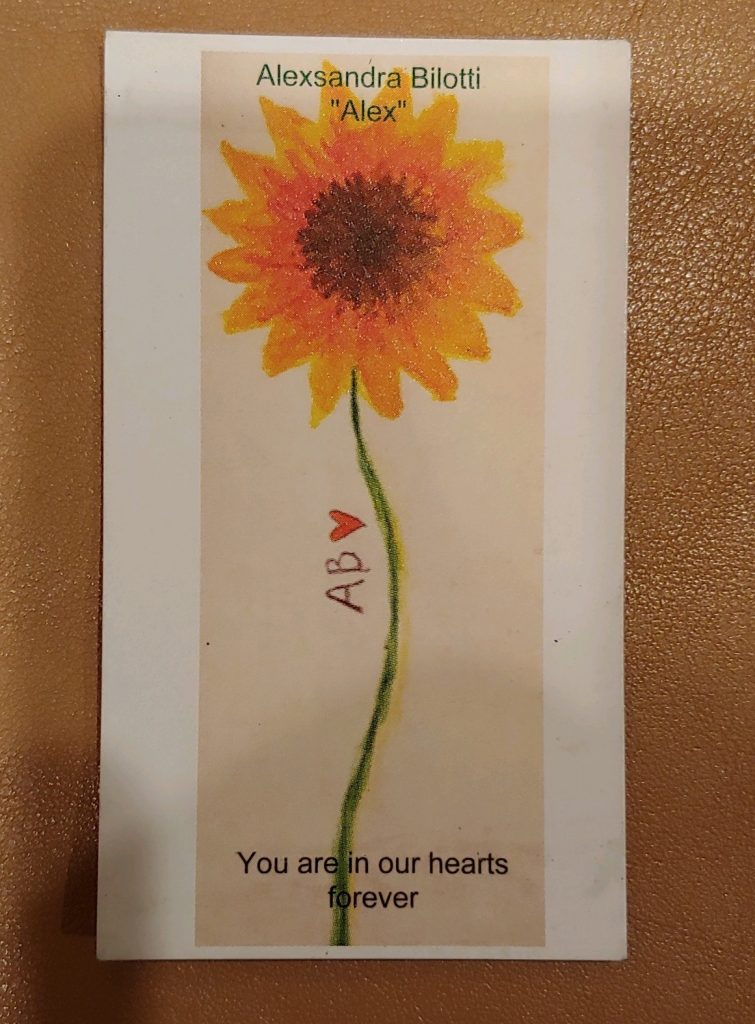 It’s been more than six years since Alexsandra Bilotti lost her brave fight with Ewing’s sarcoma But her family continues to fight, hoping others will have a better chance.

The Alexsandra Bilotti Foundation for Childhood Cancer and Education will hold its annual Sunflower Day on the weekend of June 19-20 to continue to raise money for Children’s Hospital of Philadelphia.

Alexsandra was diagnosed at age 11 with the rare disease that affects the body’s bones and tissues and she fought beyond her 22nd birthday in 2015, during her junior year of college.

Each year in June, the family honors Alexsandra with a sunflower drive in her name to raise money on several fronts. Part is an effort to ease the financial burden of others fighting pediatric cancer through small stipends. Other ways include an endowment at Alexsandra’s alma mater, Episcopal Academy, to award a scholarship to a student exhibiting Bilotti’s love of school and studies. Another goal is to create an endowment chair at CHOP to study and research the rare form of cancer that took Bilotti’s life. The sunflower sale began outside Bilotti’s house on the 1200 block of Reed Street and spread over the years.

“I started out just selling sunflowers out front here of the building,” Alexsandra’s father Peter Bilotti said. “Then we had some locations with the help of some people I knew. We had one at the shore and one in the Northeast. Whoever wanted to participate. Last year, we weren’t able to do anything but the year before I started selling them at the churches.”

At least three churches will participate this year.

On June 19, sunflowers will be available for purchase after 5 p.m. Mass at St. Nicholas Church at 9th and Watkins streets, at Annunciation BVM Church at 10th and Dickinson streets and at the National Shrine of St. Rita of Cascia at Broad and Ellsworth streets.

Sunflowers are $5 and are about 30 inches high. Other locations may be added and will be listed at alexsandrabilotti.com.