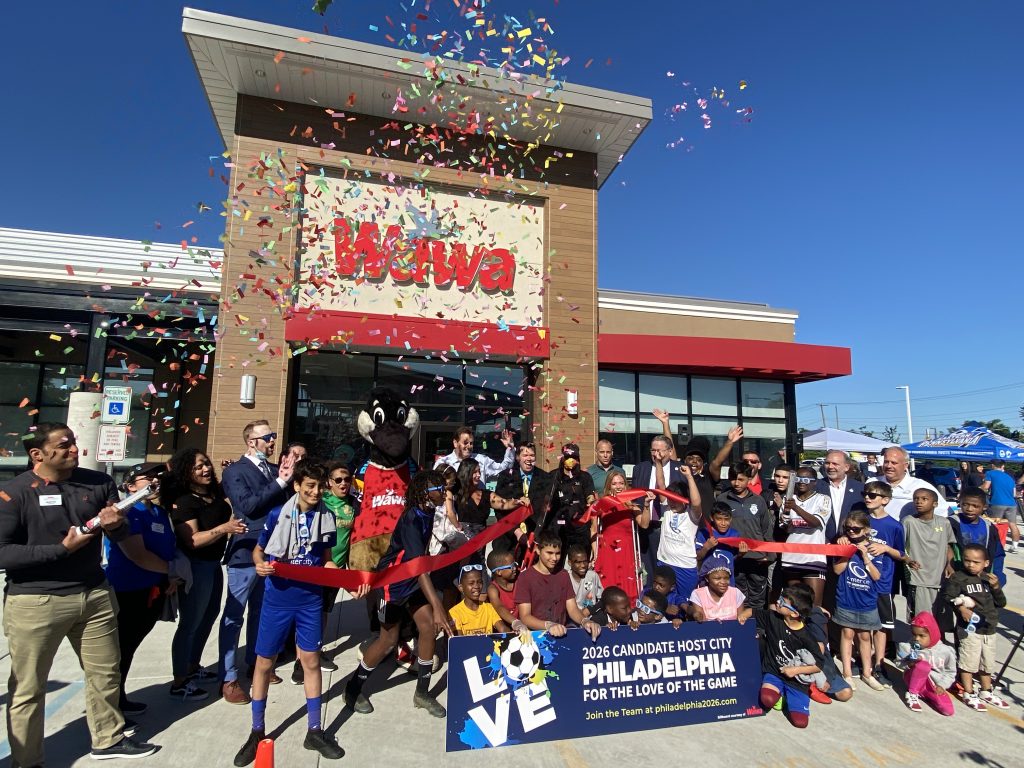 Representatives from Wawa, joined by Philadelphia Union captain Alejandro Bedoya and Wawa mascot Wally Goose, opened the convenience store chain’s first and only store to sell beer in Philadelphia on Thursday morning, right at the base of the George C. Platt Bridge in South Philly.

“This is a great day all around,” said David L. Cohen, Senior Advisor to the CEO at Comcast Corporation and Chair of Philadelphia Soccer 2026. “It’s a great day for Wawa as we open what is sure to be one of the organization’s most successful stores.”

The ribbon cutting ceremony was also used as an opportunity to plug Philadelphia’s bid to be one of 16 North American cities to host the 2026 World Cup.

“I know that Philadelphia is a town that’s built to host an event as big as the World Cup,” said Bedoya, who poured the honorary first cup of coffee toast. “This is a chance to put Philadelphia not just on the map, but on the world map.”

View more pictures from the grand opening ceremony below: