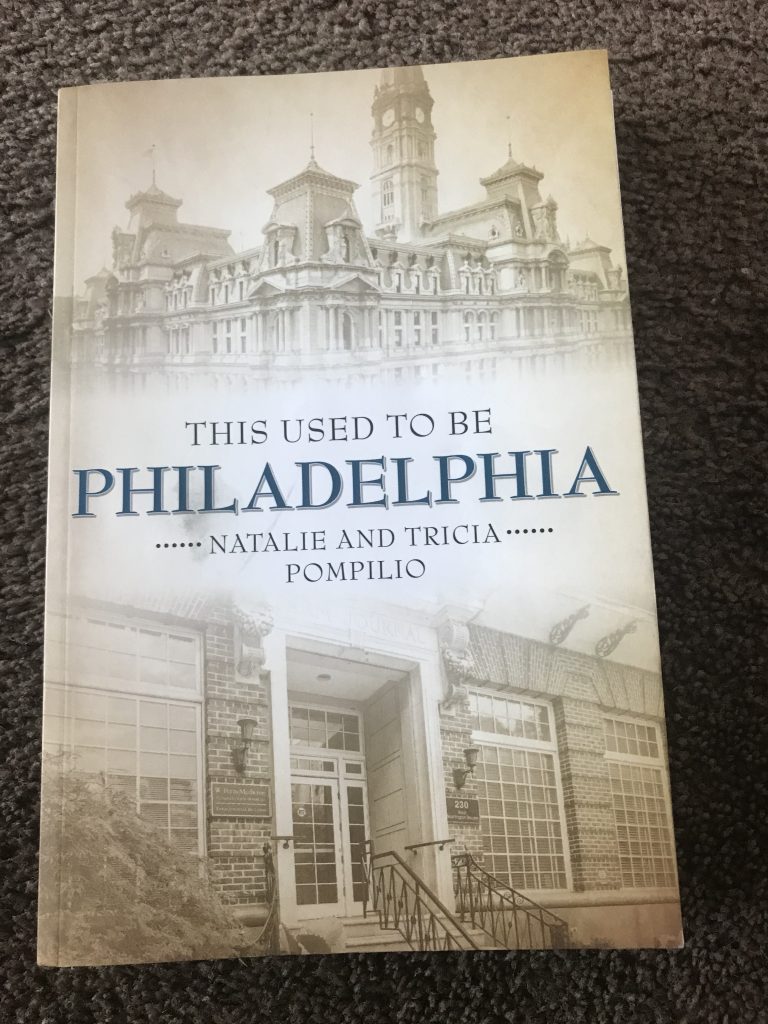 “It was really, really fun. I love researching and telling these stories,” Natalie said.

So, when Reedy Press — which specializes in local interest books — came to them last year to write a book titled, This Used to be Philadelphia, they quickly agreed. Natalie, a full-time freelance writer, had some free time because newspapers did not need her entertainment-related stories with the pandemic canceling shows.

“It came at the right time,” she said.

While Natalie is the writer, Tricia is a professional photographer. They dedicated the book to their dad, Lou, who died in May 2020.

Natalie said the research proved to be educational for her.

“I learned a lot. Every time I learn something, I’m excited,” she said.

Natalie said readers will also be educated about Philadelphia.

“You’ll learn something, at least one cool fact you’ll excitedly tell someone else,” she said.

There are plenty of old South Philadelphia sites: the old Moyamensing Prison near 11th and Reed streets, where Edgar Allen Poe and Al Capone once resided; a field near 11th and Wharton streets that was home to the Pythians, a black baseball team; Crystal Palace nickelodeon movie theater, which opened in 1908 near 4th and South streets; Dunbar Theatre/Lincoln Theatre, 500 S. Broad St., which featured black stars such as Lena Horne, Cab Calloway and Duke Ellington; Ronaldson Cemetery, at 10th and Bainbridge streets; Palumbo’s, a cabaret near 8th and Catharine streets that attracted stars such as Frank Sinatra, Louis Armstrong and Bob Hope before being destroyed by a fire in 1994; Sparks Shot Tower, at Front and Carpenter streets, which provided munitions for the War of 1812 and Civil War; the home of Larry Fine, of Three Stooges Fame, at 3rd and South streets; Abbott Alderney Dairy, built in 1921 near 17th and McKean streets; the home of civil rights activist W.E.B. Du Bois, at 6th and South streets; the home of singer Marian Anderson, 762 S. Martin St.; Bok High School, at 9th and Mifflin streets; and the home of U.S. Mint engraver Frank Gasparro, at 727 Carpenter St.

Citywide places include the original Horn and Hardart built in 1902 at 8th and Chestnut streets; the Schmidt and Sons brewery at 2nd Street and Girard Avenue that closed in 1987; the Jack Frost Sugar Refinery, which went bankrupt in 1981 on grounds now home to Rivers Casino; the East Falls home of Grace Kelly; the TV studio at 46th and Market streets that hosted American Bandstand; Shibe Park/Connie Mack Stadium, 21st Street and Lehigh Avenue, where the A’s won three World Series and the Eagles won the 1948 NFL title in a blizzard; and Tasty Baking, at 28th Street and Hunting Park Avenue until moving in 2010.

The 200-page book sells for $22.50. It is available by emailing nataliepompilio@yahoo.com or on the Facebook page thisusedtobephiladelphia.