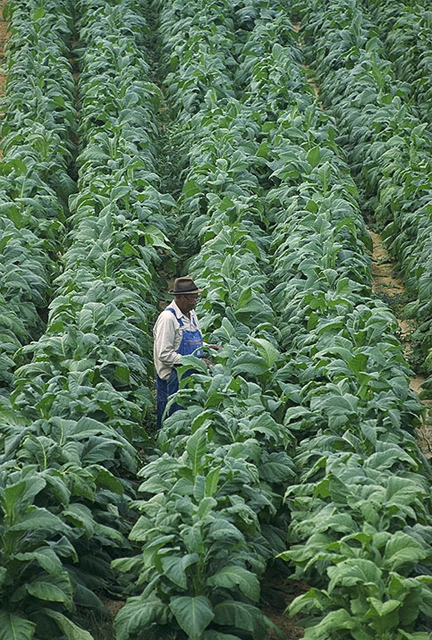 Congress is currently moving forward with aggressive policies that will significantly increase the federal tax on all tobacco products. This misguided policy won’t encourage smoking cessation, as it intends, but in fact it will cause more people to smoke, invite new criminal enterprises and stoke racial division in our communities. Further, when you look at what this kind of tax increase would do to small businesses and neighborhoods, the impacts could be devastating. At a time when we’re just starting to recover from the challenges of 2020, we cannot afford to go backwards.

An extremely concerning – and often overlooked – consequence of heavily taxing these products is that the federal government is inviting gangs and other organized criminals to sell them much more inexpensively. According to a report from the Virginia State Crime Commission, “All cigarette trafficking schemes, no matter the methods employed, depend upon tax avoidance,” as “illegally trafficked cigarettes now carry a higher profit margin than cocaine, heroin, marijuana or guns.”

As a law enforcement veteran who served as the Assistant Director for the Bureau of Alcohol, Tobacco, Firearms and Explosives, I know the streets and I worked closely with police departments across America – including right here in Philadelphia. I know the criminal market for tobacco in the United States. Just because you make something more expensive doesn’t mean the demand for it goes away – and criminals are happy to bring the supply. Except when they do, they also bring a host of other illegal products, like firearms and hard drugs, that will destroy lives in our neighborhoods. At a time when the U.S. is experiencing an alarming spike in violent crime, we can’t take steps that invite even more.

At the same time that it bankrolls gangs, this tax hike would strip money away from legal sources. In fact, the United States Justice Department’s own financial impact studies have shown that this criminal activity cost American taxpayers billions of dollars in losses. Pennsylvania’s tax collection is already impacted by $184.7 million due to illicit trade.

That revenue loss would come primarily on the backs of retailers and small businesses – especially convenience stores that were deemed essential during the pandemic. There are over 11,740 retailers in Pennsylvania and 90% of all cigarette sales occur in small retailers, convenience stores and gas stations. These businesses are still struggling to stay afloat as the economy begins to recover. Without this major revenue stream, many would follow the hundreds of businesses that have already been forced to lay off employees or shutter their doors in the past year. Considering many convenience stores are minority-owned, this would only further fuel the racial divide and hurt communities of color in Philadelphia.

Put simply, this is a dangerous policy that would carry a host of unintended consequences. We should instead focus on educating people about the dangers of smoking, and helping current smokers quit. One of the best ways to do that is ensure that smokers have access to safer alternatives, like vaping devices, that can be a powerful glidepath away from combustible tobacco. We should promote safe tools for quitting – not heavily tax them.

For the sake of Pennsylvania residents in all 67 counties – but especially right here in Philly – Congress must reject any budget proposal that would increase taxes on tobacco products and engage in open discussion with the public in order to understand the grave danger that will result from this tax hike and its impact on  the citizens of Philadelphia. ••

Richard Marianos was formerly Assistant Director of the U.S. Bureau of Alcohol, Tobacco, Firearms and Explosives, and Special Agent in Charge ATF’s Washington Field Division. He retired as a 27-year veteran of the ATF. He is an adjunct lecturer at Georgetown University.