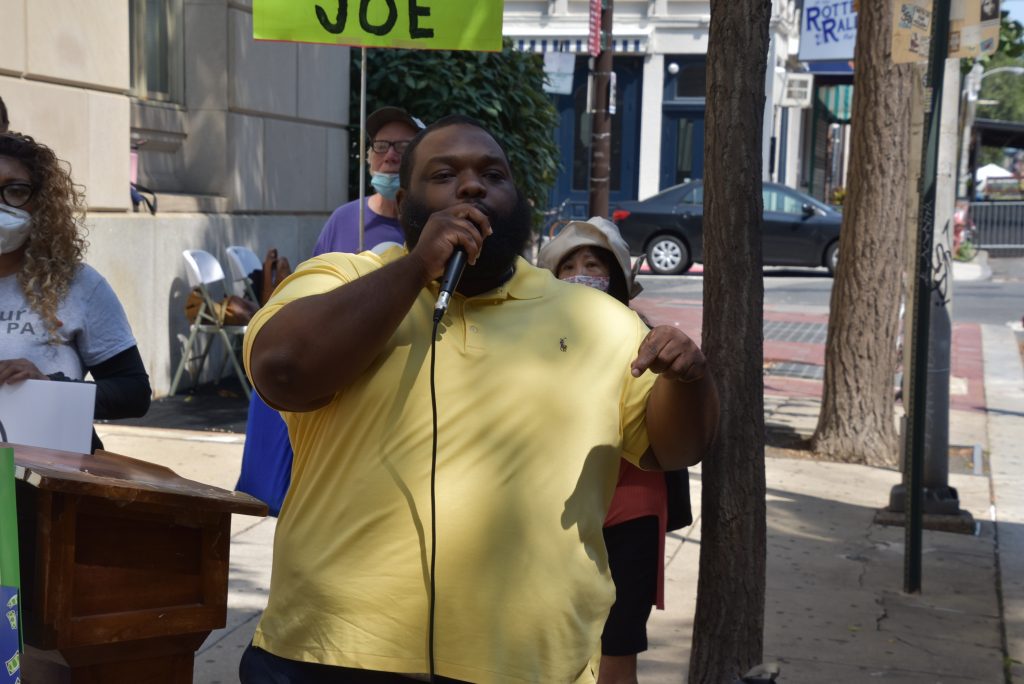 Harris, the House Democratic whip, was joined by Rep. Joe Hohenstein at the Aug. 12 rally, organized by For Our Future Pennsylvania and the 99% Pennsylvania, which is a campaign of the Pennsylvania Budget and Policy Center.

The infrastructure bill still has to pass the House of Representatives, and the Senate would have to vote again if there are changes.

“Sen. Toomey, vote the right way when this comes back up,” Hohenstein said, looking up toward the Republican’s office in the multi-level U.S. Custom House.

Toomey said he voted against the bill because it was too expensive and wasn’t paid for, adding that $40 billion remains in unspent transit money from a COVID stimulus measure. He said some items in the bill, such as Pacific salmon conservation and demolishing “racist” highways, are not real infrastructure.

At the state level, Harris wants money in the Rainy Day Fund spent on infrastructure.

Harris is all for state and federal investments in roads, bridges and mass transit, hoping the money, among other things, limits the number of water main breaks and cracked natural gas pipes.

At the same time, Harris is a strong proponent of increasing broadband/internet access and improving the quality of drinking water in all areas, including urban and rural. 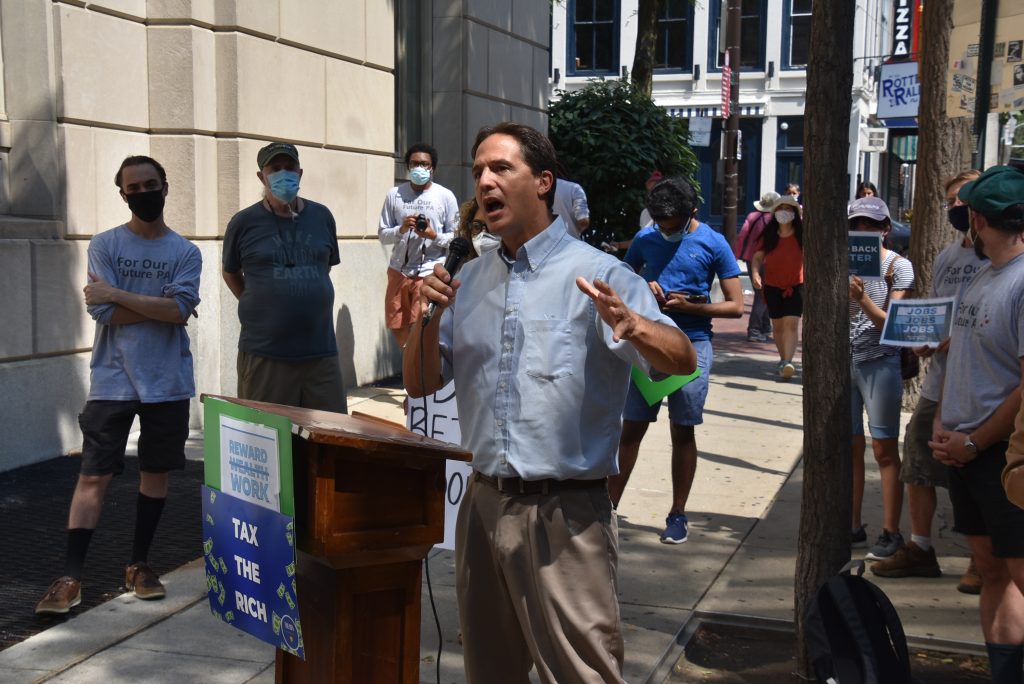 Hohenstein said he likes the bill because it can help the already-expanding Port of Philadelphia, a portion of which is in his district. Funding can also be directed toward fixing the multiple sinkholes in neighborhoods like Port Richmond. SEPTA, facing a fiscal challenge, will also benefit.

The bill didn’t give as many dollars to public transit as Democrats had hoped, as Toomey successfully argued that transit has already received a great deal of money in COVID relief.

“Those funds would have been a big boon,” Hohenstein said.

People at the rally held signs such as, “Tax the Rich,” “Bridges Not Walls” and “Do Better, Toomey.”

Jeff Garis, coordinator of the 99%, led a chant of, “When I Say Toomey, You Say Shame.” He said Toomey’s fight against extra mass transit funding was merely him playing the role of “spoiler.”