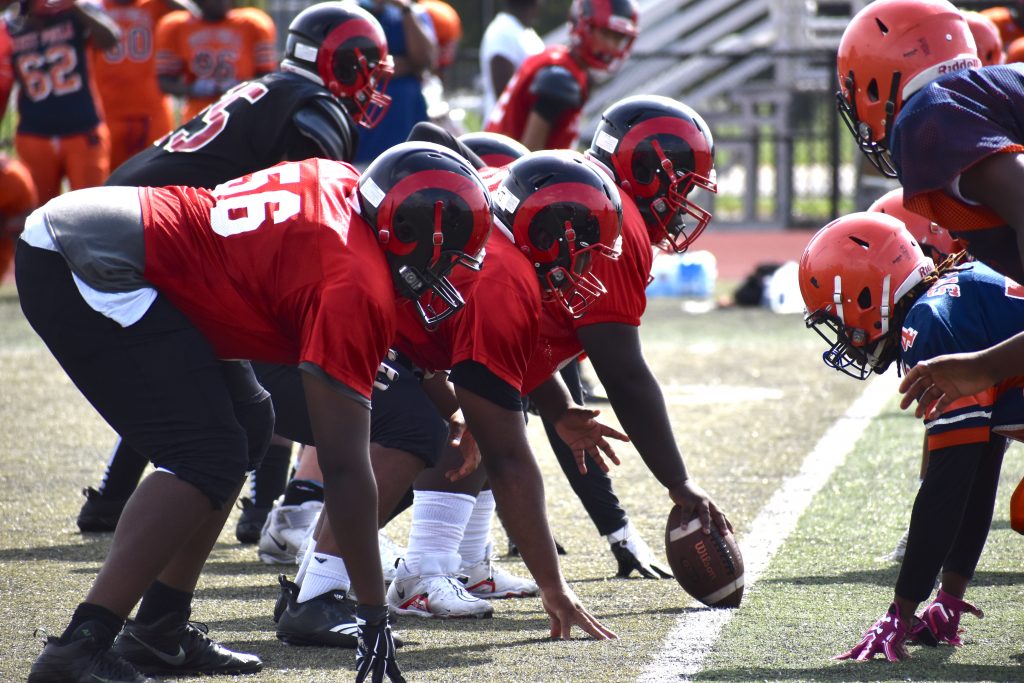 By Joe Mason and Mark Zimmaro

High school football season is back.

Teams around the city have been working hard under the hot August heat to prepare for the 2021 season as football returns to its rightful place in the fall.

State power Neumann-Goretti looks to field another impressive team and the Academy at Palumbo plans to play a season under its own banner after not having enough participants last year. It left South Philadelphia High School one fewer resource to draw from, but the Rams are still shepherding athletes from all over the city as one of the biggest melting pots in the game.

“Predominantly, we have a lot of Prep Charter kids, a lot of Furness kids and a lot Southern kids, but we’re filling the holes with the rest of the kids that are coming down,” said Southern coach Mike McKeen. “We just want kids to be able to play football.”

Southern draws a few athletes from other smaller schools like Girard Academic Music Program, Universal Audenried and the High School for Creative and Performing Arts as well as other schools outside of South Philadelphia.

Here is a team-by-team look at how the high school football teams in South Philly shape up for the coming season.

Since taking over as head coach of Academy at Palumbo football, Ray Reca has just been trying to get a team on the field.

After the fall season’s cancellation, the team hoped to play in the spring league. But with in-person classes canceled for the year, the Griffins didn’t draw enough players to field their own team, and had to join South Philadelphia’s team. That trend seemed to carry over to the upcoming fall season, as the Griffins again drew low numbers.

This time, though, there was no question that the Griffins would be playing football this fall. It was just the “who” and the “where” that needed to be worked out, and while the school is still exploring potential co-ops with other schools, after Reca and his players put out the recruiting call, the team seems to have enough players to fly solo.

Prior to last year, the Griffins had been a consistently successful team, posting .500 records and better for the five previous seasons.

“We have some players with experience from the fall 2019 season, along with our spring season merge with Southern,” said Reca. “Most of (our) returners are in skilled positions.”

Seniors Samuel Adeyemi, Caleb Bullard and Suad Salahuddin are three such players, and will catch passes at wide receiver. Adeyemi is a versatile player who can also play running back, and the trio will also see time at defensive back.

Seniors Alvin Bunch, Vashaun Jordan and Aliel LeGare will power the ground game at running back, with help from seniors Cameron Peterson and Abdoulaye Sidibe on the offensive line. They will be joined by newcomers Fred Micali, Billy Seng, Jason Voong and Alan Chen, all of whom will also work on the defensive line. Juniors Owen Matthew and James McCracken will be working into the mix at wide receiver. They’ll be catching passes from sophomore quarterback Gabe Smalley.

“With a new coaching staff and system, we can jell quickly together as a team to keep improving and make some noise every week,” said Reca. 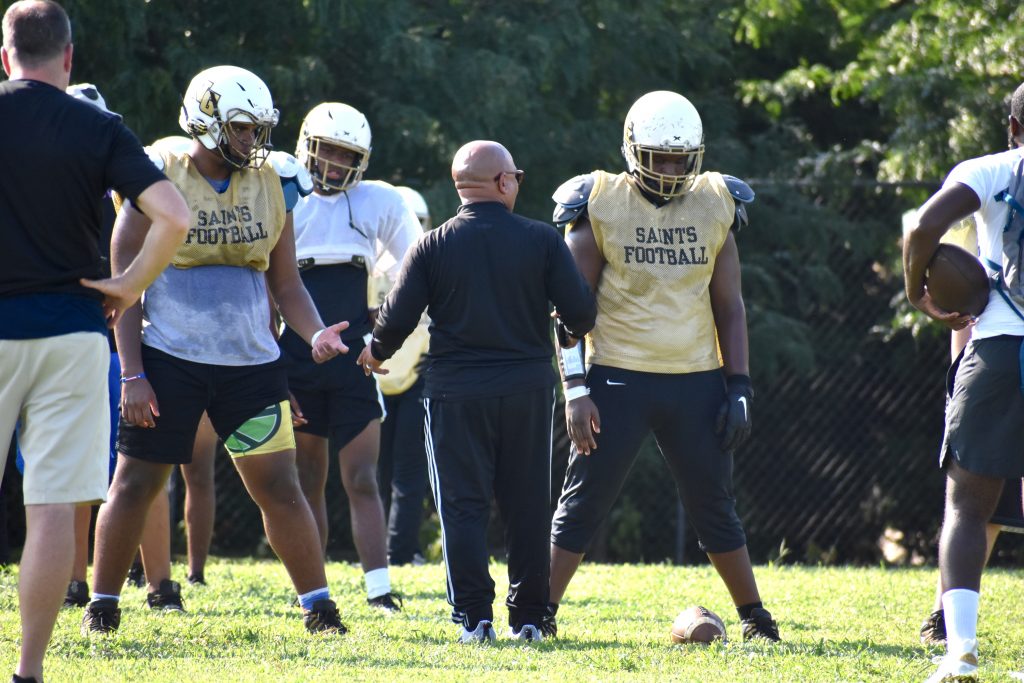 The school might be small, but the Saints have one of the top teams in the state and have a very good chance at bringing home a state championship. They’re loaded with talent and after playing one game in the fall and three in the spring, Neumann-Goretti comes in ready for a strong season. 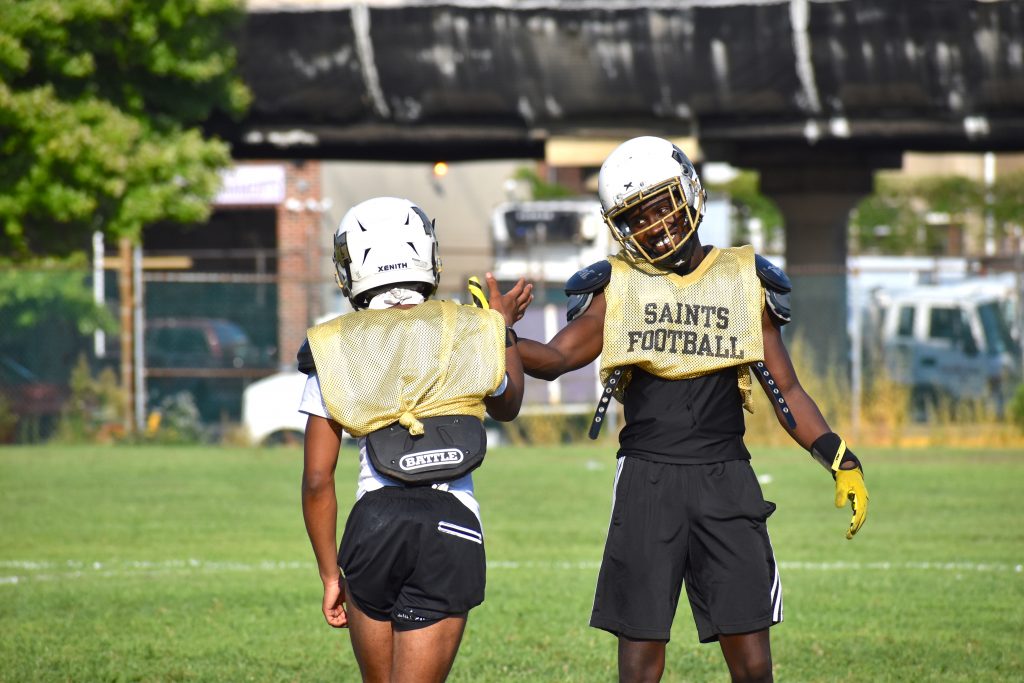 Coach Albie Crosby knows his team is loaded and he hopes that transitions into a long playoff run after a successful regular season.

“Our strength is our skilled players,” Crosby said. “I’m excited about this program.” 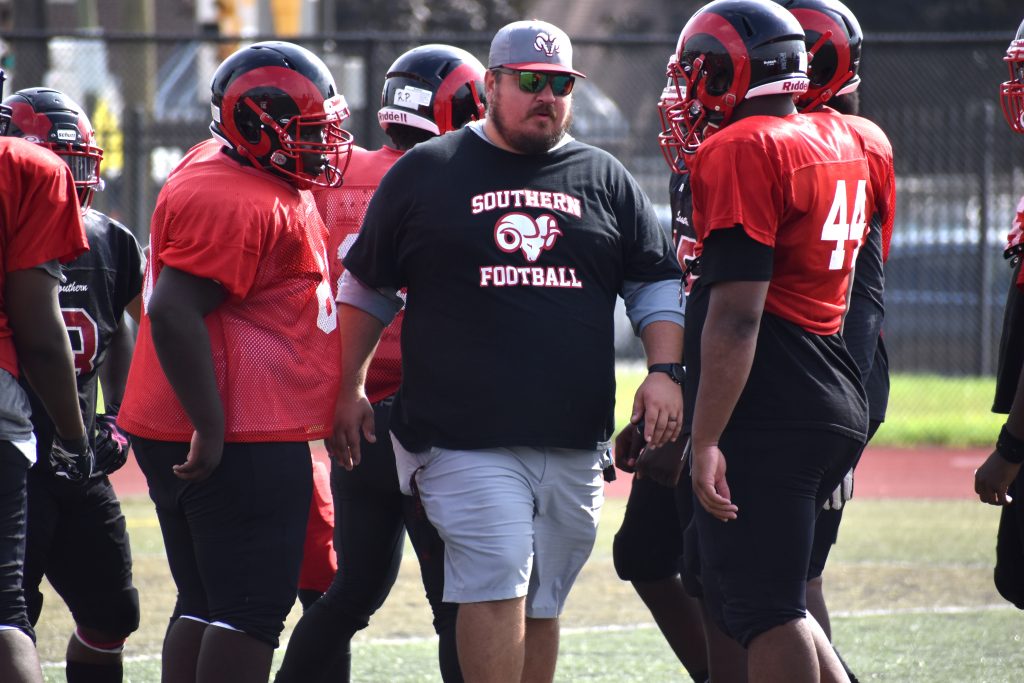 The Rams hung tough last year, winning one of their six games with a young squad. And this year, they have a little more experience, and a lot more depth, as the Prep Charter football team joins forces with Southern.

The Rams, while young overall, have plenty of athleticism and speed, and will use their quickness to their advantage.

Sharif Ali will start at running back, along with Mubarak Hall. They’ll play behind Malachi Jackson, who will be the quarterback. His top weapon will be wideout Karamoko Gakou.

The Rams will also have some talent on the line with two-way linemen Stephon Brown and Jayden Fraticelli. 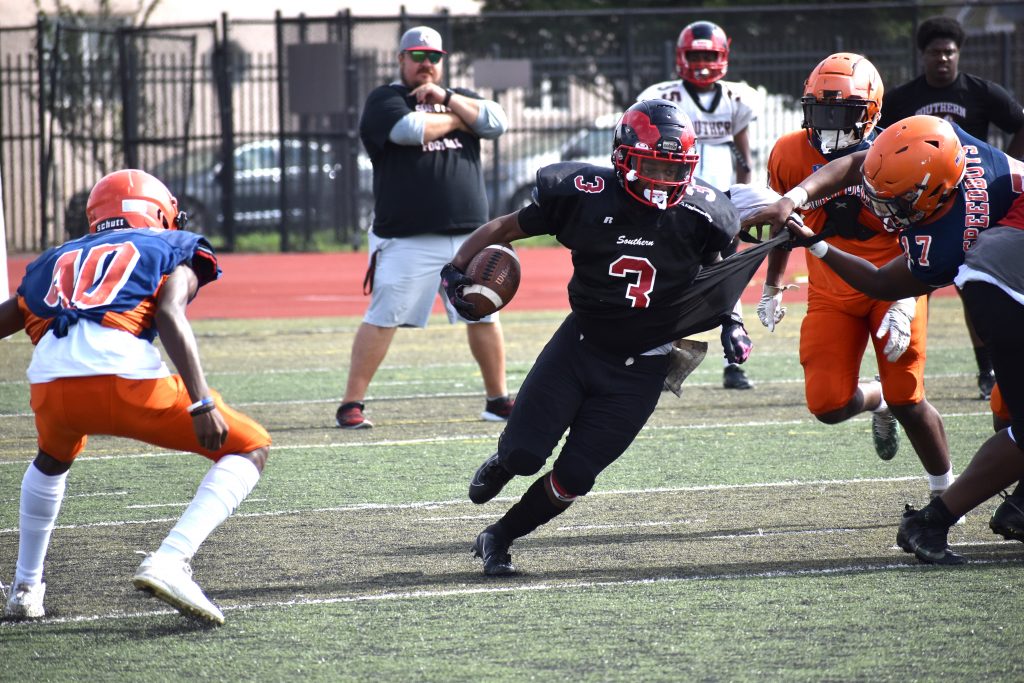 Coach Mike McKeen knows this year will be a challenge, but he’s happy where the program is headed.

“Southern will continue to rebuild the program in the trenches, to get back to playing their brand of football,” McKeen said. “(We) will be young this season and will look to build on the work that was put in during the spring season.”

*Schedules are subject to change.