All those critics who said mandating vaccinations won’t work should take another look. All the pleading in the world did not convince most of the unvaccinated. Many of these folks find logic foreign to them. Their apologists tell us we don’t understand the unvaccinated. But the rest of us are past caring why they choose to endanger themselves and the rest of us. So where the politicians failed, business stepped in and imposed mandates.

Suddenly, the world of the unvaccinated has shrunk like that of smokers. They have become pariahs. Everything from dining out to tourist destinations is being denied to the unvaccinated. No vaccination record. No entrance. As the Delta variant gets worse — and thanks to the unvaccinated, it will — more mandates will be imposed. Schools such as Millerville, who, according to last Sunday’s Inquirer, employ the unforgivable practice of assigning vaccinated kids to unvaccinated roommates, will be forced to change their policy. Millersville claims it doesn’t have the authority while schools all around them are mandating vaccinations. At the very least, herd the unvaccinated together in dorms. Let them infect one another, not the responsible students.

There’s another reason for the rush to vaccinate. It’s clear that without being vaccinated, the risk for hospitalization or even death is greater. I’m against paying people to get vaccinated or giving them things. There’s no reason why we should have to pay these folks to do what is their civic obligation. And I don’t think it works nearly as well as shutting off their access to life’s pleasures until they get vaccinated. There’s no shortage of vaccine supply. We’re awash with the vaccine. Other countries are begging for our vaccine. No midnight online searches for an appointment are necessary to get vaccinated. The rest of us have already cleared the way for you.

I’m old enough to remember when you couldn’t go to public school unless you were vaccinated against diphtheria and, later, polio, which was served up on a sugar cube. If the stubborn and unyielding anti-vaxxers were around at that time, we’d still have those scourges threatening us. We didn’t try to coax the uncoaxable back then, you got the shot —you ate the sugar cube —period. We knew the matter of whether to wipe out polio wasn’t a personal choice.

Instead, we cater to the ignorant today. What kind of society allows doctors and nurses to go unvaccinated while practicing their profession? It’s unacceptable and an insult to the vast majority of doctors and nurses who are responsible.

Look — I know the CDC can be maddeningly inconsistent sometimes. How can an organization required to track the effectiveness of the vaccines not count COVID patients treated at home? What the hell do the effectiveness stats mean when there’s an entire army of folks — vaccinated and unvaccinated — who aren’t counted because they were treated at home? And the CDC’s instructions on mask wearing can change often. But by and large, if you follow the CDC instructions, you’re going to survive even if you get COVID and you won’t have to be processed through the horror of the ER like I was back in April.

Think of all the routines we go through in life that require action. Obtaining a driver’s license in order to drive a car. Obeying traffic signs. The list is long. Yes, we live in a democracy, but we don’t have total freedom. All of us have restrictions on us. We couldn’t survive as a society without some rules in place. The pandemic poses the first challenge as a community that we have ever faced. It already has affected our lives too long. If we’d pulled together last year, the Delta variant would likely be history, the medical experts tell us. If the unvaccinated don’t cooperate this season, we may have to face variations of the COVID virus every year. None of us want that.

Refusing to get vaccinated isn’t a political statement. Same goes for wearing a mask. It is a statement that you are willing to risk your life and those whom you love by defying the facts. That’s a stupid statement, not a political statement. I’ve found that the unvaccinated like to think the risk they’re taking is confined to them. But because COVID is contagious, your behavior affects everyone with whom you come into contact. Your rights end at the tip of my nose.

This is how silly it’s gotten. Our Phillies are one of the least-vaccinated teams in sports. As the team tries to make the playoffs for the first time in over a decade, it has placed itself at a competitive disadvantage. Phillies pitcher Aaron Nola says it’s his personal choice not to get vaccinated. And most disappointingly, his manager Joe Girardi backs him up. But Nola’s teammate, Didi Gregorious, has a kidney condition that leaves him vulnerable to the virus. Nola’s behavior and that of the other unvaccinated Phillies players endanger his well-being. They share a locker room. If Didi hits a home run, he’s sure to be mobbed by his teammates, including the unvaccinated. So Nola, his manager and the other players who choose not to get vaccinated and whose anonymity is protected by Major League Baseball are dead wrong. And no one will complain about the stupidity and recklessness of those Phillies unless it costs them a chance to make the playoffs.

Maybe if hotels refuse to house the Phillies on the road, they’ll wake up. Our hope lies with enough businesses imposing a vaccination requirement. 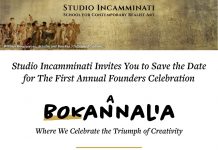