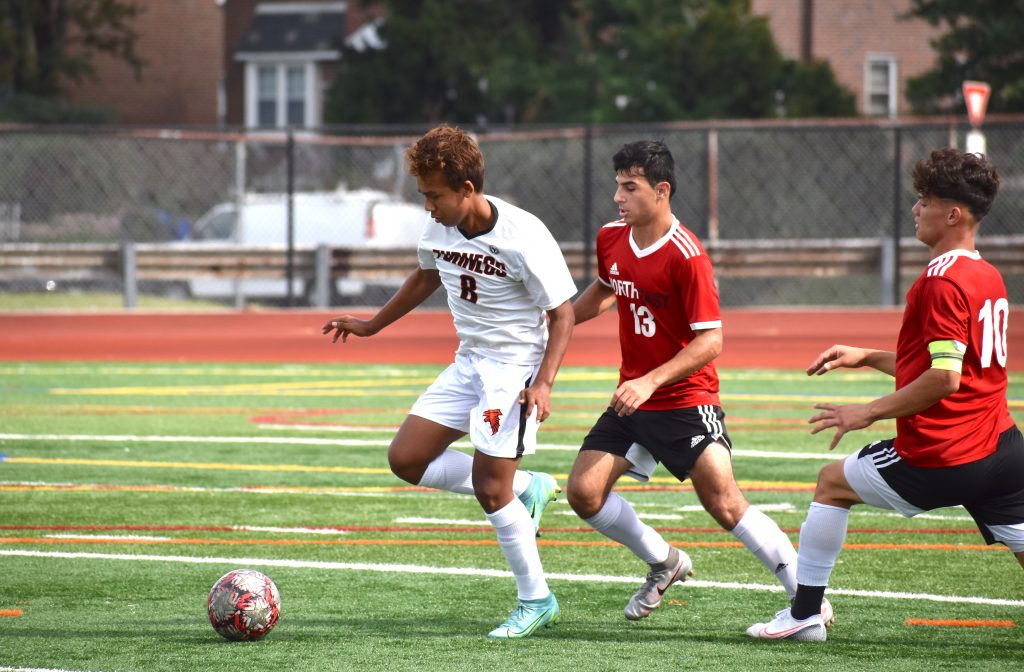 The Horace Furness High School boys soccer team returned to the field on Sept. 9 after losing its entire season last year to the COVID-19 pandemic.

The Falcons had a tough first game in visiting Philadelphia Public League power Northeast and succumbed to the Vikings 10-0.

The Academy at Palumbo lost a tight 1-0 game to George Washington Carver Engineering & Science to open its season on Sept. 10.

Unlike Furness and Palumbo, most South Philly soccer teams were still waiting to return to action after weather-related cancellations last week and most had yet to play an official game through the weekend.

After cancellations with Boys Latin and Roxborough, South Philadelphia High School opened play with a 28-0 victory over Vaux Big Picture High School. The Rams are back in action on Saturday against Overbrook.

Neumann-Goretti enjoyed a bye week and the Saints sit at 1-1 after defeating Roman Catholic and suffering a loss to Archbishop Wood. The Saints face Archbishop Ryan (1-2) on Thursday.

The School for Creative and Performing Arts suffered a 3-1 setback to G.W Carver Engineering & Science and Furness dropped a 3-1 match to Frankford, as both teams opened their seasons.

Which Flyers will thrive under new coach?