A new fiction novel detailing the exploits of a local gumshoe is set to be released early next month.

Titled Mason’s Philly: Discreet Denial, the book follows Mason Hall, a private detective in 1998 Philadelphia, as he navigates the city’s criminal underworld while also attempting to maintain his increasingly-tumultuous marriage to his wife and investigative partner, Stevie. As they search for an old friend who has gone missing, Hall begins to realize that he must make a choice between the two things he loves most: his career or his woman.

The book’s author, Kevin Sommerer, grew up in South Philadelphia and is a graduate of Temple University. Along with working as a mailman in the neighborhood for over two decades, he previously won the Community College of Philadelphia’s Judith Stark Award for Fiction.

Sommerer said he believes the novel provides a “distinct Philadelphia flavor and zing that can only be seen through the author’s eyes.”

“The history lessons, décor, sports memories, flashback tours, even signature foods and restaurants from the ‘60s, ‘70s, ‘80s and ‘90s will satisfy everyone’s craving for Old World-style South Philly,” Sommerer said. “You can almost taste the fresh mozzarella and smell the gravy cooking.”

Preorders for both print copies and e-book versions will begin Oct. 7 followed by a full release on Oct. 12. Sommerer’s progress can be followed on either his Facebook page or on Instagram (@Mason’sPhilly). 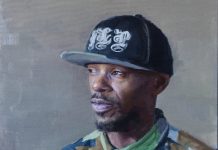