As radical left-wing Democrats have unleashed their toxic “cancel culture” ideology on our nation in an effort to rewrite history and erase free speech, no figure has been targeted and smeared more than Christopher Columbus.

For example, in the city of Philadelphia, which has long prided itself as the cradle of liberty, tyrannical Democrat politicians have sought to remove the Columbus statue from Marconi Plaza. And in Montgomery County, despite my outspoken objections as the sole Republican on the Board of Commissioners, the Democrats have replaced Columbus Day with Juneteenth as an observed county holiday.

Make no mistake, Christopher Columbus is under attack because his legacy is a symbol of everything progressives aim to vilify and, ultimately, nullify: white, God-fearing Christian men of European descent who have contributed to the birth of our country and the continuing prosperity of Western civilization.

In fact, just last year Philadelphia took down the statue of law-and-order Mayor Frank Rizzo, the first and only Italian-American to hold the city’s highest office.

As Pennsylvania’s next governor, I will fight to protect Christopher Columbus and Frank Rizzo from being scrubbed from American history by ensuring their memories and monuments are preserved in perpetuity. 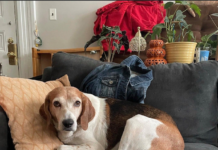 Pet of the Week: Dusty ain’t nothin’ but a hound dog 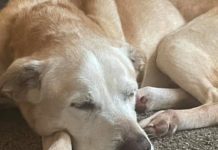 Pet of the Week: Make Jake yours 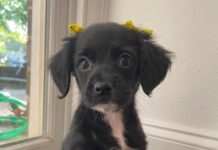 Pet of the Week: Meet the new boss