The City of Philadelphia has enacted a ban on single-use plastic bags and non-recycled content paper bags. A number of cities and states have similar bans. Philadelphia won’t enforce the ban until April 1, 2022 (please don’t remind me that’s April Fools’ Day). No study I could find thinks plastic bags are a good thing. They litter our landscape. Float down city streets. Toxic urban tumbleweed. Hanging on telephone wires. Choking sea life. Plastic particles have been found in our seafood and soft drinks, and ultimately in human waste. We use about a billion of these bags a year just in Philly. It’s not as if we rushed to make this ban happen. Hey, this is Philadelphia. The City passed the law in 2019. The implementation date was delayed twice. Republican state lawmakers passed a bill back in May that prohibited municipalities in the state from banning plastic bags. (Sound familiar?) Some of those municipalities, including Philadelphia, sued the state. And the City decided to go ahead with the ban despite the state prohibition on doing so. But reports from places where the ban has been in effect show unintended consequences. So — does the ban make sense?

In 2016, California was the first state to ban plastic bags. And the ban did exactly what it was supposed to do — it substantially reduced the usage of single-use plastic bags. However, the ban also INCREASED by 120% the sale of thicker plastic bags (not banned under California or Philadelphia law) and paper bags. According to a study by a University of Sydney economist, the ban did NOT eliminate people’s need for plastic bags for things like picking up doggie litter or carrying home a six-pack of toilet tissue. Sales of plastic-intensive garbage bags went up.

In citing the same study, REASON magazine reports that “while the consumption of single-plastic bags dropped by 40 million pounds, the consumption of garbage bags increased by 12 million pounds negating about 30 per cent of the gains from the bag ban.” To me, that means a 70% success rate. However, the same Sydney report claims that many of the replacements for single-use plastic bags are far worse when climate change is taken into consideration.

The original Philadelphia version of the ban, introduced by Councilman Mark Squilla, contemplated consumers being charged 10 cents by stores for each legal bag if they didn’t bring their own bag(s). The final version of the Philadelphia bill now in effect leaves it up to individual businesses to decide whether to charge for giving out those legal bags. Many large outfits such as Wawa are charging for the bags. Target has been an exception, issuing free bags.

Another study notes that paper isn’t a good answer as an alternative for plastic bags. Paper production produces 70% more air pollution than the production of plastic bags and 80% more greenhouse gases. When all is said and done, how much the type of bag is reused is the key factor in determining the benefits of the ban on plastic bags. The ban is seen as a first step, not a cure-all for the problem.

Obviously, the success of the ban will ultimately be determined by the acceptance of the public. One of the reasons the popularity of the ban may be less than overwhelming is its inconvenience. How many times do you suppose you’ll go to a “convenience” store and realize that you’ve forgotten to take your reusable shopping bag? Or in the case of supermarket shoppers, the sheer number of your own bags you’d require is daunting. When our friend purchased a six-pack of toilet tissue, the store wound up having to use a thick garbage bag to cover the item.

The banning of plastic bags is not the quirky idea of local politicians, but a movement that is growing all over the world. It costs the average municipality about a million dollars a year to remove those floating bags from the streets. These bags are made from fossil fuels, so they’re not biodegradable. I confess, I don’t understand why they are all over our streets, but they are. They cost a fortune to recycle. Money that cities such as ours don’t have. I would have thought going to reusable bags during a pandemic would not be a good idea, but the science says it is.

Gripe if you must. I do. It’s who we are. But realize deep down, we’re all in this together. Think of your grandkids no longer consuming plastic particles with their Coca-Cola. Much less litter on our streets. Now please go buy that quart of milk in a milk carton instead of a plastic jug. And don’t forget your reusable bag. 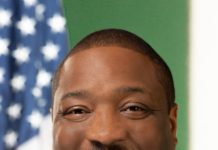