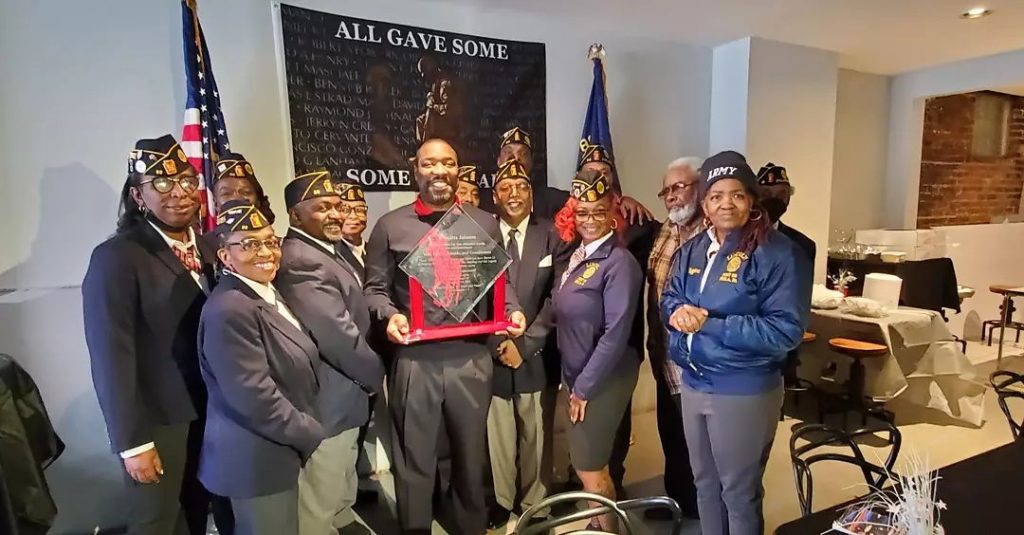 Officials of the American Legion Lincoln Post 89 in South Philadelphia honored Philadelphia City Councilmember Kenyatta Johnson on Nov. 14 for his continuous support of the organization.

The ceremony took place at the post’s headquarters at 1940 Federal Street.

Johnson supported local veterans by securing a $100,000 grant from the City of Philadelphia for the group, which is now being used to revitalize and rehabilitate the building.

“I would like to thank the American Legion Lincoln Post 89’s leadership for this honor and considering me a true asset and friend to Lincoln Post 89 as well as my constituents,” Johnson said.  “Growing up in South Philadelphia, I have known for years Lincoln Post’s mission and service to the community. We share the same mission and dreams for creating safe environments for the community and providing a place that Veterans can call home.”