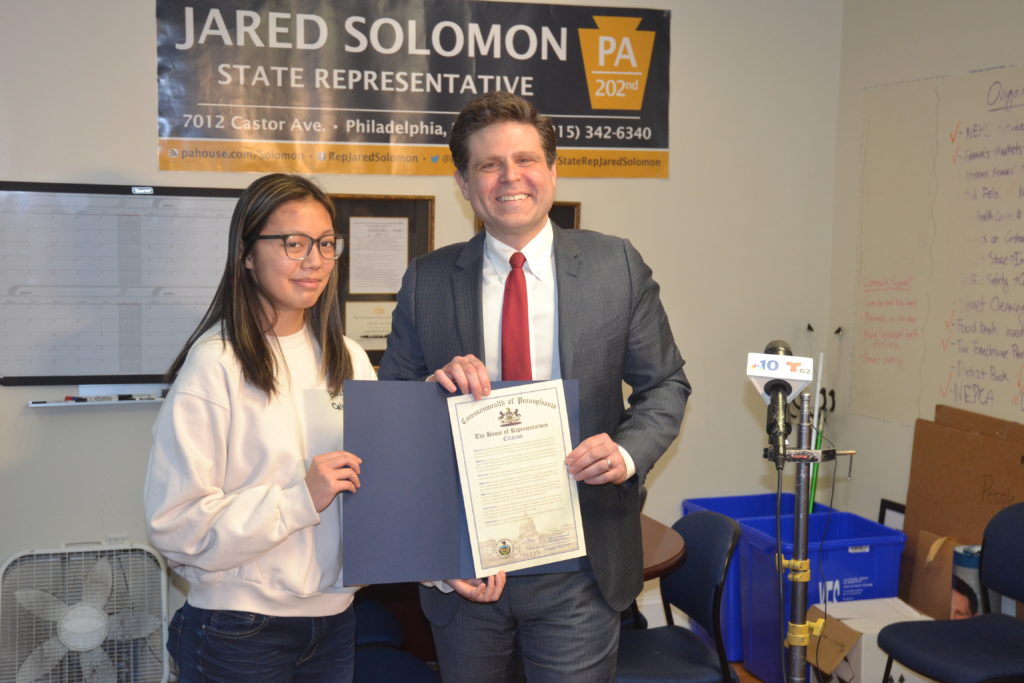 State Rep. Jared Solomon last Friday presented a citation from the House of Representatives to Christina Lu, a South Philadelphia resident and senior at Central High School, for her actions on the Broad Street Subway last Nov. 17.

The girls, none of whom attend Central, responded by throwing Lu to the floor, hitting her head against the door, punching and kicking her, and beating her with a shoe.

The attackers were arrested, and face aggravated assault, ethnic intimidation and other charges.

Lu said her mom has always taught her to help others, adding that she acted because her fellow Central students were frightened.

“The kids were in need of help,” she said.

After the incident, Lu co-founded a local branch of the Alliance of Youth Leaders. She’s spoken with the three boys who were bullied, and thanks the Central community for support.

Lu, explaining that Central, at 17th Street and Olney Avenue, is not in the safest neighborhood, has either driven to school or been dropped off and picked up by her parents since the attack.

The teen said she will eventually have to take the Subway again, as she plans to attend the University of Pennsylvania, with a career goal of being a pediatrician.

Solomon thanked Lu for rising to the occasion.

“Christina is a role model to us all,” he said. “We need more Christinas.”