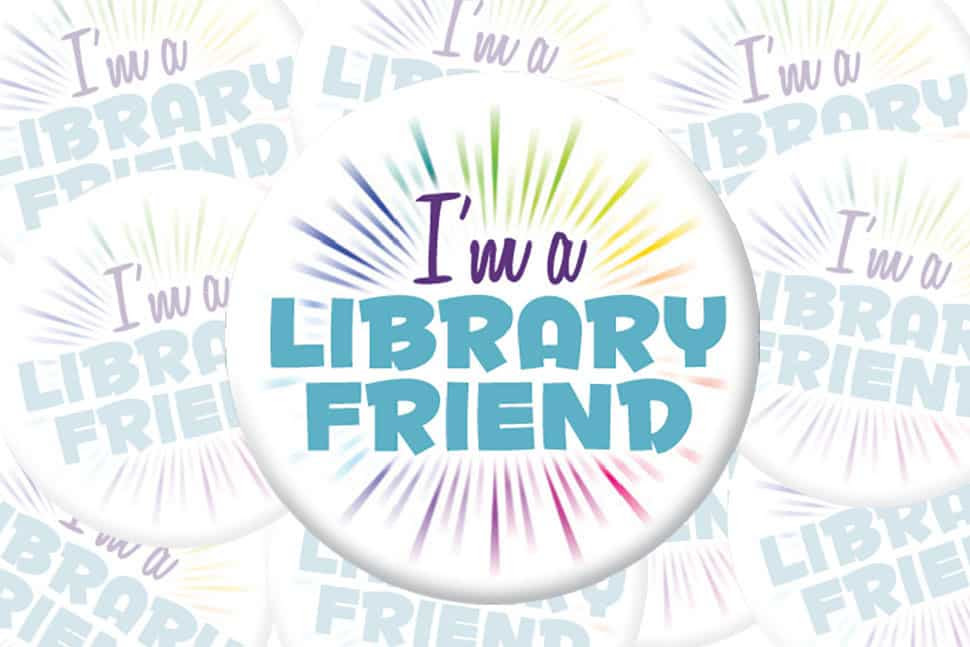 A Mindful Meditation will take place on Fridays at 10 a.m. online Facebook Live https://www.facebook.com/WhitmanLibrary. Ground your mind and body with this virtual program. You will receive tips and tricks to relax and relieve anxiety during this brief body scan.

Sew What? is a virtual Stitch Meetup for Adults on Wednesdays at 6:30 p.m. via Zoom. Want to share what you’re making with other crafters from the comfort of your own home? All forms of “stitching” are welcome (knitting, crocheting, cross-stitch, quilting.) For more information and to register, email Rebecca, Whitman Library assistant, at mccauslandr@freelibrary.org.

After his release from prison, Jackie moves in with his childhood sweetheart Veronica as he tries to start his life anew. He’s working to overcome his addictions with the help of his sponsor, Ralph D, but is soon confronted by familiar demons when he discovers another man’s hat in his apartment. For more information, visit https://theatreexile.org/shows/the-mfer-with-the-hat/ or call 215-218-4022.

Conviser began making needlepoint tapestries in order to process her battle with breast cancer. The stitching helped Rebecca to recover her arm and hand strength, while the infinite range of beautifully colored yarns filled her with optimism. Weaving her life experience through the yarn, each tapestry became an homage to her life and the relationships she has formed along the way. The dramatic contrast of light and dark, the bold colors, the intricate patterns, all working together to tell Rebecca’s story.

At the same time, there will be a group exhibition on display called “Concentric Craft” that is juried by Ashley York.

Distinguishing itself outside of utilitarian use, this show explores the materiality and form in the traditionally domestic media of ceramic and fiber art. This collection will balance on the contrast of the physical nature of these two mediums and the similarities in their connotations to craft. For information, visit davinciartalliance.org. Both exhibitions run through Feb. 2.

Recchi won three Stanley Cups, with Pittsburgh, Carolina and Boston. In the 1992-93 season, his 123 points set the regular season record for the Flyers, a standard that holds today. He was elected to the Hockey Hall of Fame in 2017.

“Having lived and played in Pennsylvania for a lot of years, I know that Lou Barletta will make a great governor and I am proud to endorse him. Even though he is more of a baseball fan, he’s tough enough and fights hard enough to have played hockey, and I respect that. Lou believes in the freedom of people to make their own decisions and I know that he is the right man to get Pennsylvania back on track again. He means what he says, and when he makes a promise, you know you can trust him. That’s what we expect from elected leaders and it’s what Lou Barletta has always done.”

“The recent spike in violent crime is a direct result of Krasner’s failed policies and his refusal to perform the duties of his office to hold criminals accountable for the crimes they commit,” Corman said.

Philadelphia just ended its deadliest year ever for shooting deaths with 562 homicides. Carjackings have tripled since 2019, and there have already been 100 in less than a month this year.

As outlined in the state Constitution, impeachment of an elected official requires a majority vote in the state House of Representatives. If impeached, a two-thirds majority is required in the Senate to convict Krasner and expel him from office.

“Krasner’s decision to allow more and more criminals to walk free through plea deals and dismissed charges has created an environment in which Philadelphians are no longer safe in their own homes and communities,” Corman said. “Our campaign created this website to help give citizens a voice who are fed up with Krasner.”

Barletta wants end to flights of illegals to PA

Lou Barletta, Republican candidate for governor, called on the General Assembly to pass a resolution demanding that Attorney General Josh Shapiro file a lawsuit against the Biden administration for violations of the Refugee Act of 1980. Biden has been sending secret charter flights of illegal immigrants to Pennsylvania without consulting with both the state and affected local governments beforehand.

“Joe Biden’s border crisis is out of control, and he has been sending illegal immigrants to Pennsylvania, while Gov. Tom Wolf and Attorney General Josh Shapiro throw up their hands and claim they are powerless to do anything about it,” Barletta said. “They’re wrong. According to the law, the federal government must consult with the state and localities before sending illegal immigrants here, and that clearly has not happened. If he wants to be governor, Josh Shapiro should show that he’ll stand up and fight for Pennsylvania, because he hasn’t done that yet.”

What will happen to Roundhouse?

The City of Philadelphia issued a Request for Proposals seeking a consulting team to lead community engagement around the redevelopment of the Police Administration Building.

Commonly known as the Roundhouse, the Police Administration Building at 7th and Race streets will become vacant later this year. The Philadelphia Police Department headquarters is moving to 400 N. Broad St. in the coming months.

The vision plan will recommend how best to incorporate community desires while also recognizing the city’s need to recapture much-needed financial resources.

“The Roundhouse is a complicated site,” said Eleanor Sharpe, executive director of the City Planning Commission. “To many people it represents an era of police brutality. For some that era continues to this day.

“At the same time, it is an iconic piece of architecture. It sits on a large and valuable parcel. It is an opportunity to secure revenue to support education, social services, public safety and other critical needs.”

Although the site is located in Center City, the city will seek input from stakeholders citywide.

“This site has meaning to Philadelphians of all races, ethnicities, ages, gender, sexual orientations, gender identities and incomes,” Sharpe said. “It means different things to different people. We want to hear from everyone.”

The RFP, its timeline and its requirements are at https://www.pidcphila.com/tools/property-development-rfps-rfqs/rfp-listing/community-engagement-a-new-vision-for-the-roundhouse.

The deadline to respond is March 14.

To reserve vendor space or for more information, email fleamarket@huberts.org or visit huberts.org/fleamarket/.

No voting by non-citizens

“Many of you probably know that New York City now put into law, with the new mayor, legislation that allows 800,000 non-citizens to vote in municipal elections. We need a national, federal constitutional amendment to make it very clear that only United States citizens may vote in elections in the United States,” he said.

Lou Barletta, Republican candidate for governor, signed the “1776 Pledge to Save Our Schools,” a promise to return to honest, patriotic education.

The pledge is sponsored by 1776 Action, an organization formed last year to combat anti-American indoctrination in K-12 schools with the assistance of Dr. Ben Carson and former House Speaker Newt Gingrich.

“All across Pennsylvania, parents are sick and tired of their tax dollars being used to fund anti-American indoctrination campaigns in K-12 classrooms that teach their children to hate their own country and each other through racist ideologies like Critical Race Theory,” Barletta said. “When I am governor, we will no longer teach children that they are either oppressed, or the oppressor, depending on the color of their skin. And we won’t teach them that they have no chance in life because of their skin color, either.”

Lou Barletta, Republican candidate for governor, pledged that he will call for and sign legislation that requires eligibility standards for high school and college sports to include the biological sex of athletes as recorded on their birth certificates.

“Women fought for a level playing field in sports for a long time, and now the ‘woke’ crowd is taking it away from them again by forcing girls and women to compete against biological males who have physical advantages,” Barletta said.

The University of Pennsylvania women’s swimming team has made international headlines because of transgender swimmer Lia Thomas – known as Will Thomas when he competed on the men’s team – who is shattering records, and who won one race by 38 seconds.

The Pennsylvania Horticultural Society announced that tickets are on sale for the Philadelphia Flower Show.

The theme is In Full Bloom. The show will take place at Franklin Delano Roosevelt Park, 1500 Pattison Ave., from Saturday, June 11, through Sunday, June 19.

For tickets, go to PHSonline.org/the-flower-show.

The deadline is March 1 to apply for the Children’s Scholarship Fund Philadelphia.

Scholarships are available to income-eligible kids in kindergarten through eighth grade. They are awarded by random lottery.

Monster Jam at the Linc

At the pit party, fans can see the massive 12,000-pound trucks up close, meet their favorite drivers and crews, and take pictures.

Tickets are available at www.ticketmaster.com.

Hidden Works of Nature: The Microscopic World in the Library & Archives will be on exhibit on the following Fridays, hourly from 11 a.m. to 4 p.m.: Feb. 4 and 18 and March 4 and 18.

A junior scientist workshop, How Do Plants Communicate?, is set for Saturday, Feb. 12, from 10 a.m. to noon. The workshop is for kids in third to fifth grades. Register at https://bit.ly/3Da6brG.

The Pine Barrens Project will take place on Saturday, Feb. 12, from 3-9 p.m., featuring film and video that celebrate and reflect on the natural world. The project is curated by David Scott Kessler, whose feature-length film The Pine Barrens will be shown at 5 p.m., accompanied by a live score by The Ruins of Friendship Orchestra. Tickets are $35. Masks and proof of vaccination are required. For more information and to register, visit https://bit.ly/3IeXYph. The Pine Barrens will be available online Feb. 12-15. Tickets for the virtual screening are $10 and can be purchased at: https://watch.showandtell.film/watch/thepinebarrens_ans.

The discussion Growing Art from Science will take place on Wednesday, Feb. 23, at 6:30 p.m. Register at https://bit.ly/3rRiQOe.

A junior scientist workshop titled Water Bugs, geared to kids in third to fifth grades, is scheduled for Saturday, March 19, from 10 a.m. to noon. Register at https://bit.ly/3pbrMLq.

Extreme Deep: Mission to the Abyss will run from April 2 to July 24.

Invisible World of Water runs through May 1.

The Academy of Natural Sciences of Drexel University, 1900 Benjamin Franklin Parkway, is presenting Invisible World of Water, on view through May 1 and free with general admission.

The exhibit coincides with “Water Year,” an initiative of the Academy of Natural Sciences and Drexel University aimed to increase public attention of the resource.

A new exhibition opening this spring at the Academy of Natural Sciences of Drexel University, 1900 Benjamin Franklin Parkway, reveals the mysteries of the ocean’s greatest depths.

Museum visitors will observe firsthand the technology that only recently has allowed scientists to travel to the ocean floor and discover the creatures that thrive in total darkness. They can test their skill at manipulating a robotic arm of a replica of the submersible Alvin to pick up lava rocks and clams similar to what scientists do to gather samples of creatures from the ocean floor.

Visitors can also fly a remotely operated vehicle over a model of the Titanic’s deck and, in another display, see how currents created by superheated water erupting from thermal vents carry nutrients that support life forms few ever dreamed existed.

Extreme Deep: Mission to the Abyss will be on view through July 24.

The Kimmel Cultural Campus has returned to live Broadway programming.

The Bristol Cultural and Historical Foundation is sponsoring a cruise to Charleston and Bermuda, June 2-12, 2022, on the Celebrity Summit, sailing from Cape Liberty, in North Jersey. Rates range from $1,577 to $2,387 per person, double occupancy.