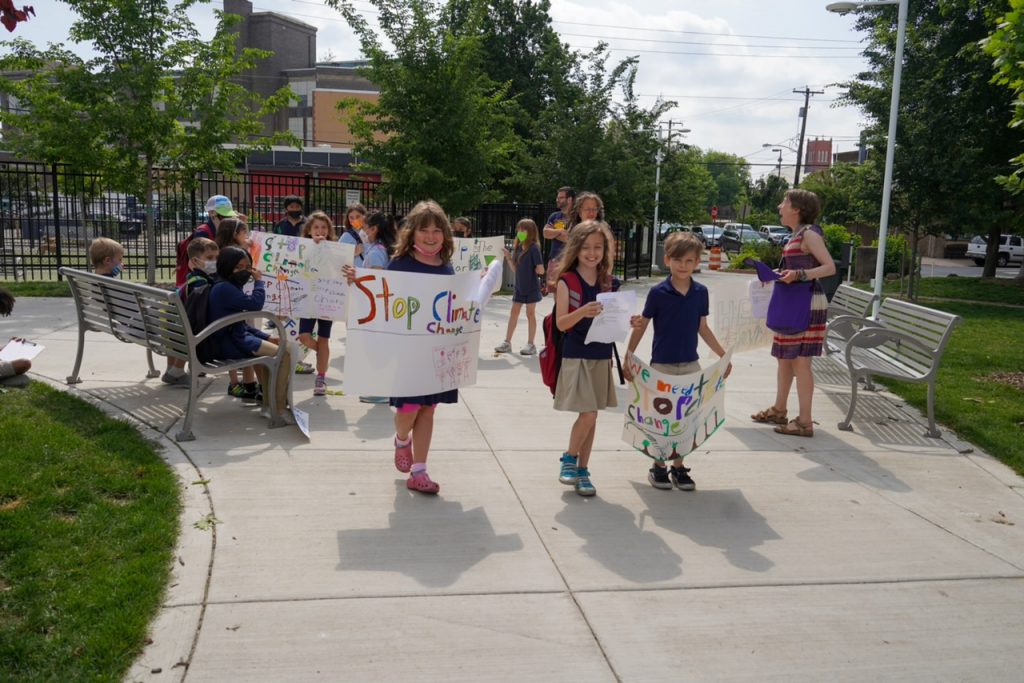 Second-grade students from Fanny Jackson Coppin School carried signs and marched the streets on June 8 to raise awareness for the dangers of climate change.

“We want fossil fuels to go away,” said second-grade student Rohith Palaiyanur. “The heat gets trapped on the earth, which makes our planet hotter. The extra heat isn’t good. Global warming is bad. It harms animals and humans.”

The group marched from their school at 12th and Federal streets down to Broad Street and by Columbus Square Park.

“The world is heating up and causing floods and acid rain,” said student Gianfranco Montalto. “Climate change started in the 1950s and it has gotten way worse.”

Among the class’ other efforts, it has met with Sen. Nikil Saval and City Councilman Mark Squilla about the issue.